Pradyut Moona is possibly the youngest roaster in Singapore, only turning 18 this year. Like many of us, coffee was but a hobby for him as a home brewer. It later became an obsession as he took up a part-time barista role at Quarter Life Coffee as it seemed like a natural step forward. 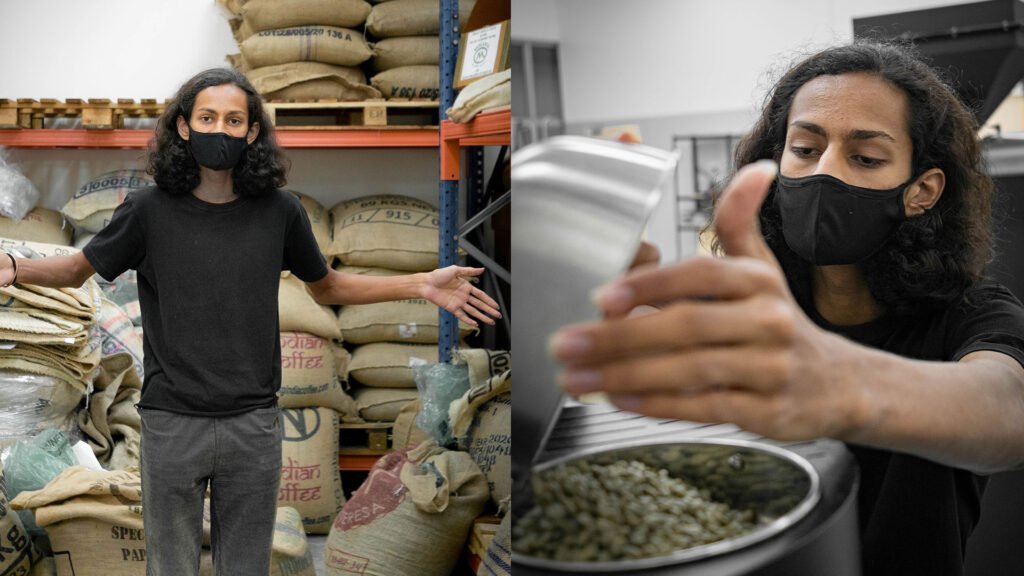 Shortly thereafter, he decided to drive this passion further, establishing his own roasting company, Mood Trap Coffee Roasters, all while pursuing a full-time diploma in business. In contrast to most of his peers, this carefree individual does not care for leisure activities typical of his age. Instead, he seeks entertainment knee-deep in coffees that he imports from international roasters to widen his horizons.

Pradyut Moona aspires to change people’s perception of coffee by showing them what the pinnacle of specialty coffee can be; he supports transparent and ethical sourcing channels, and roasts to preserve and highlight flavors the farmers want showcased in their coffees.

”The idea of paying farmers better wages should be our top priority; it is our job to build solid relationships with them and to communicate their efforts to our consumers. In addition, I hope the public will become accustomed to paying more for coffee.”

With Mood Trap, Pradyut sources unique coffees that he feels aren’t well represented. He enjoys having total liberty to roast coffees that reflects his personal taste.

“I like coffees that are delicate, crisp, and juicy. A cup that doesn’t have too many quirky flavors and that is easy to drink on a daily basis.”

Pradyut usually kickstarts his day with a Caffe Allongé, also known as an Italian Lungo. This entails a longer shot and yields at least double the volume of traditional espresso. It is a tasty in-between strength beverage suited to his tastebuds, and easy to prepare.

In his free time, he enjoys skateboarding, which he has been into for seven years now. He enjoys the thrill and sense of accomplishment that comes with landing tricks – perhaps that is what motivates his entrepreneurial spirit at such a young age.