From Football player to barista champion

Tachooman Ngwenya is from Zimbabwe and currently works as a barista in Johannesburg, South Africa. He has reached out to I’M NOT A BARISTA to share his story as he hoped to inspire baristas and coffee farmers around the world. It took him a while to learn the ins and outs of the coffee world, and says that he has finally found the courage to explain and share his coffee knowledge after eleven years in the field.

He started off as a hopeful professional football player – after being given the opportunity to join the Zimbabwe Premier Soccer League, he was injured. Forced to hang up his boots at the prime of his career, he was given an opportunity to travel to South Africa in 2009, where his love for coffee was able to blossom. He got his first barista job at the Tribeca Coffee Company, where he felt extremely supported by the staff’s positive energy. This encouraged him to pursue his love of coffee, continuing to hone his barista skills.

He first began attending barista training sessions with both his friends and role models in the coffee community. This is where he tried one of the most touching cups of coffee he has ever had, a flat white made with an Ethiopian roast coffee, bursting with flavour. He hopes to provide similar experiences to those who drink his coffee – he has even told us that being able to share how he makes certain drinks and providing background on the different roasts is his favourite part of being a barista. He likes to be able to chat with his customers: not only can he learn about new cultures, but it also provides him with opportunities to learn about new brewing methods.

What he finds most distressing in the coffee community, however, is the constant overlooking of coffee farmers around the world. Hoping to see more companies adopt fair trade methods and provide better support to local farmers and their families, Tachooman encourages our readers and his customers to never forget the people who are behind the cup. Baristas may be important, but they would be nowhere without the groundwork that farmers lay. He actively looks for opportunities that allow him to discuss the treatment of farmers, and hopes to see their living conditions be ameliorated. 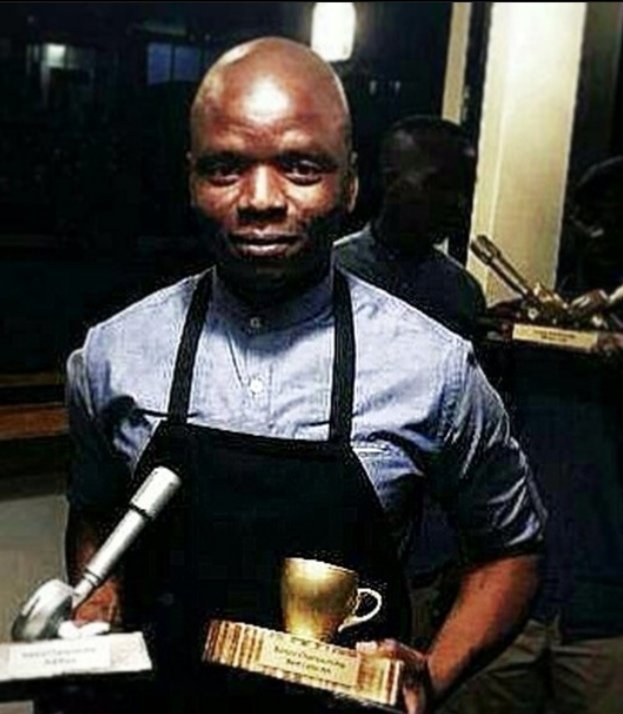 In 2016, Tachooman Ngwenya competed in his first barista competition. Truly feeling the shift from amateur to experienced barista, he says the adrenaline was like no other. He is especially thankful for Ishan Natalie, a barista he trained alongside when he first started at Tribeca Coffee.  Pinnacles in Tachooman’s career include winning a latte art competition and a second place barista award at the Gauteng coffee championship whilst working with the Whippet Coffee in Johannesburg. He is especially proud of how far he has come, and feels that these have allowed him to become the great barista he is today.

When Tachooman isn’t thinking of coffee, his mind is on his family and football, continuing to play the sport he loves and training Under-18 clubs in his community. He has added that if anyone wants to come to meet him, they can do so at The Fat Zebra in Linden or at Parkhurst opposite Starbucks in Gauteng.