Simone Guidi’s story began back in 2010 when he was working as a bartender and had a customer who asked him for a cappuccino. It was then, he admits, that he realised he had no idea what that actually meant so he started looking into everything that could help him learn more about the art of making good coffee. 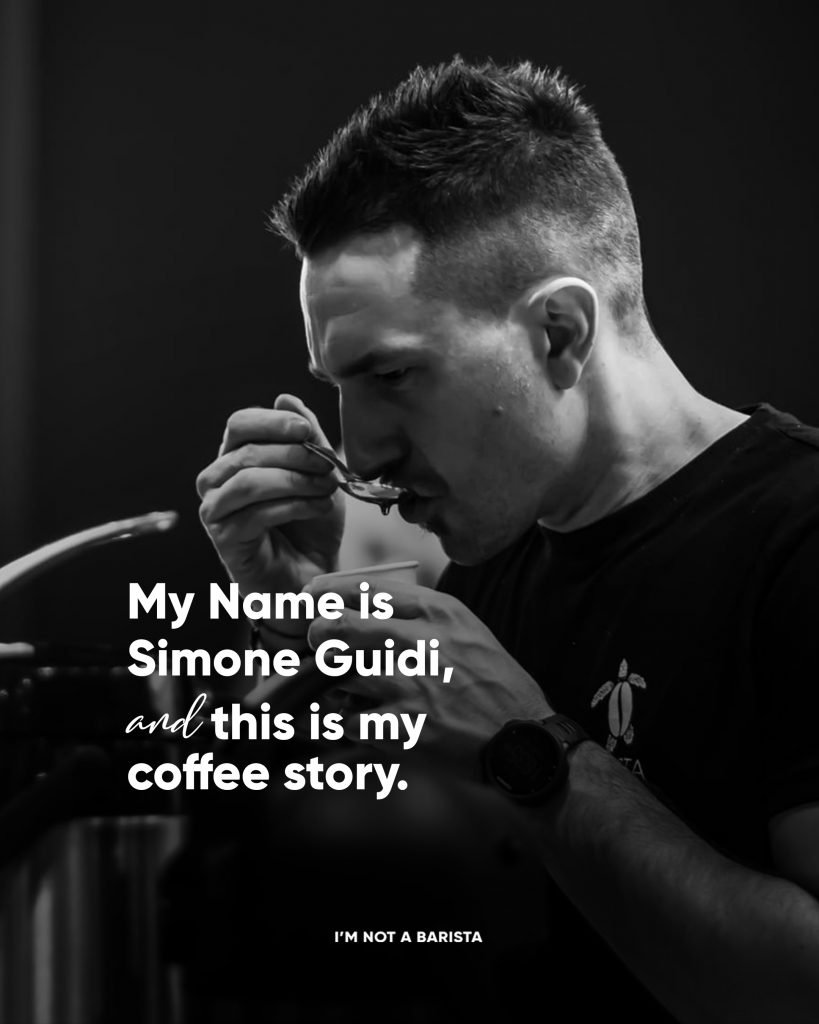 A year later, he would meet Francesco Sanapo who helped ignite the love for specialty coffee that still guides him to this day. In 2012, Simone first starts to work as a barista and becomes even more interested in everything regarding coffee, from the plant itself to processing and roasting methods, to extraction and the whole of the coffee chain.

This passion will lead him to Ditta Artigianale’s doorstep where he will work as a barista and a trainer throughout 2015, while concomitantly being an assistant roaster for Caffe Piansa – a local artisanal roastery in Florence that first opened its doors back in 1976. 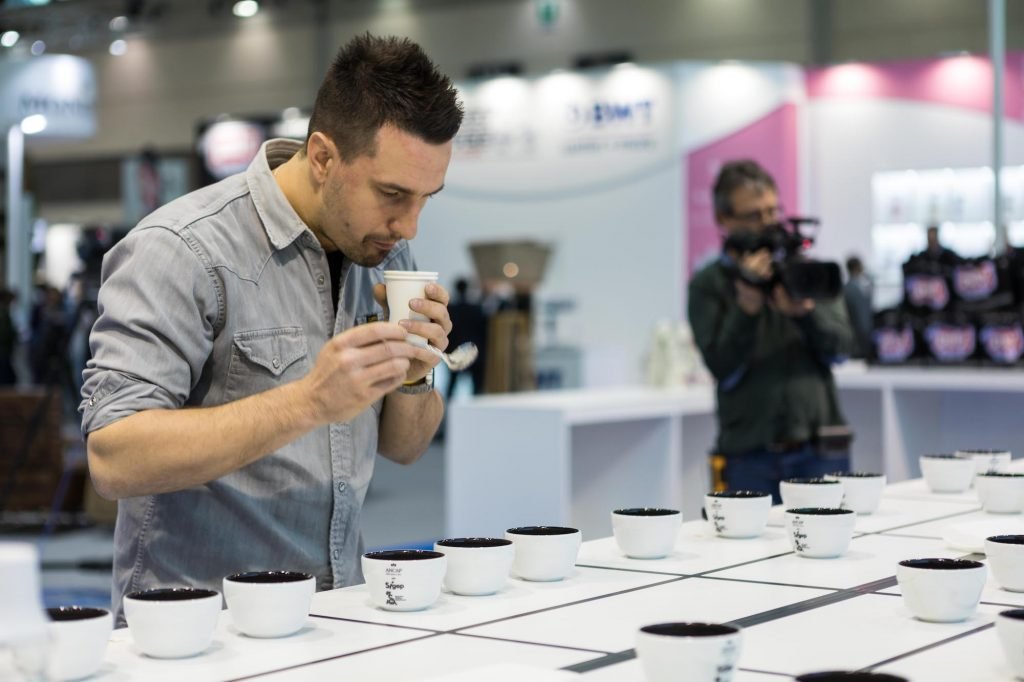 He then went on to compete (as well as come in second after Rubens Gardelli) in the 2015 Italian Brewers Cup and during that same year, Simone made the decision to pack his bags and take on a new challenge: moving across an ocean to better his skills . This is how his fresh start took place in Melbourne, Australia.

Having to begin again by working behind the bar as a barista, might not be an easy task for some, but Simone’s previous knowledge and hard work made him stand out as he quickly became Head-Barista of the café in less than a month.

That same year in April, Simone took his first trip to a coffee plantation, traveling to Sumatra, Indonesia. After coming back to Melbourne, Simone undertook his new collaboration as Assistant-Roaster and Assistant-QC of Genovese Coffee’s Specialty Coffee Division with whom he has since started a partnership and formed the La Sosta project.

Funny enough, before all this took place,  what Simone believed a coffee connoisseur to be, as he himself admits, meant someone who “didn’t put sugar in their coffee”. Years later, this of course turned out to be quite the exaggeration.

When we asked him which coffee he remembers enjoying most, Simone had this to say: “

It wasn’t the first good coffee that I had tasted but I do remember one that surprised me. In 2015, I was having breakfast in a café in Melbourne, where all the cafés and roasters have great coffee. I ordered a filter coffee. The choice was between an Ethiopian V60 and a Brazilian batch brew.

I decided to try the Brazilian one. I still remember the first sip of that coffee that totally surprised me. It was the Brazil Natural, Catuaì Tres Barras. To taste a Brazilian coffee made with a batch-brew was awesome, with notes of strawberry that were juicy, round, clean, slightly citrusy and floral with a milk chocolatey finish”. This description sure made our mouths water…

But if we’re talking day to day, Simone admits he mainly drinks espresso from Dalla Corte and finds inspiration within each cup: “I’m inspired every time because every day the coffee is different. It changes continuously for many reasons. It’s very hard to have consistent coffee, and this is the biggest challenge with this delicious product.”

Outside of the coffee world, Simone told us how much he loves extreme sports, but cycling is probably highest on his list.

However since LA SOSTA was born (Serptember 2016), this became the main focus of his attention: “Like a small kid, I have let this project grow slowly to keep costs down. After three years, I found the best partner to develop this project: the Genovese coffee family from Melbourne.

This collaboration has given me and LA SOSTA the perfect start in the coffee business”. They began by being part of three very big events such as the  HOST Fiera Milano 2019, the MILAN COFFEE FESTIVAL 2019 and SIGEP 2020 where, we were told, LA SOSTA also had its own boot to best show their “passion, knowledge and specialties”.

And although the start was very promising, covid-19 happened soon after and everything needed to be put on hold. The time could not have been worse as they had been busy working on opening their new roasting facility in Florence.

When we asked Simone where we could find him, should we ever be in the “neighbourhood”, he happily announced they are almost ready for the launch of the new Roastery Lab:

“It will be located just 8km far from Piazza Duomo in the Florentine countryside of Impruneta, in the village of Cascine del Riccio”.