It’s a very brave thing to be a risk taker. To put yourself out there and take the chance that you might fall flat on your face is no easy task, but it can also be extremely rewarding. We recently had the privilege of meeting a woman who is not afraid to take risks and make the most out of life: Niki Di Landa

This amazing woman has truly turned her life around despite the difficulties and the doubt she faced from her friends and colleagues that she’s not making the right decisions. So, how did Niki end up from being a law graduate to becoming Italy’s 2020 National Ibrik Champion? Let’s find out! 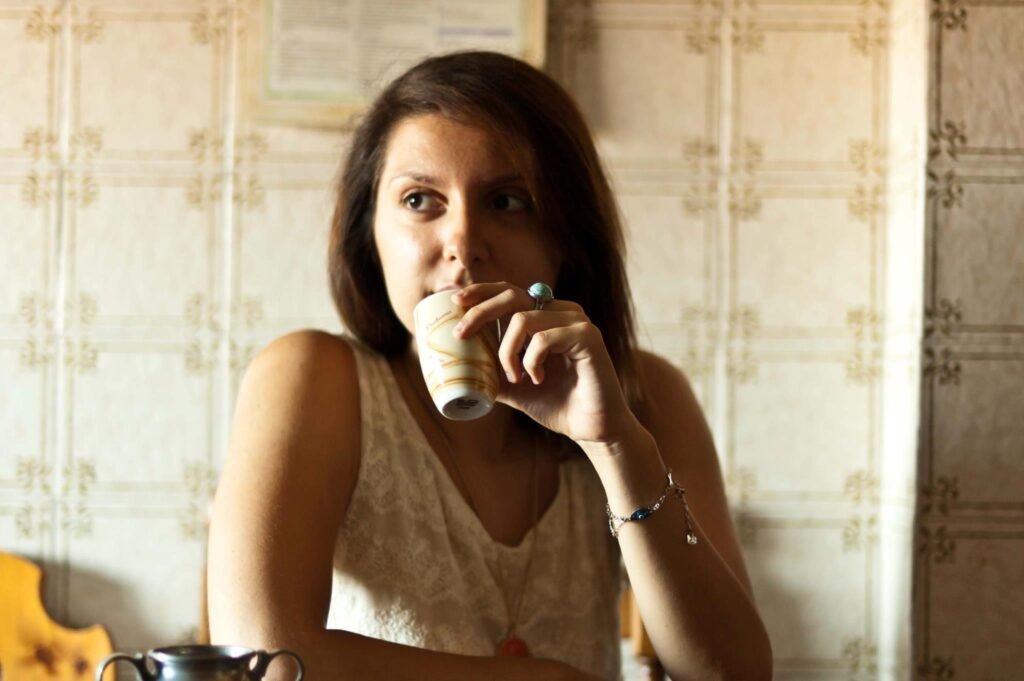 Niki Di Landa was born in Bologna, Italy, and grew up in northern Greece. She is half-Greek, half-Italian, and has as she calls it “a dual nationality and a dual mentality”. She spent her college years in Greece, studying Law and International Relations, and moved back to Milan in 2013.

“I studied law, while also trying to find my path, my own place in this world. I quickly realised that law wasn’t for me, I wanted something more fulfilling.”

While searching for something that could express who the real Niki is, she continued her studies in the field of communication and started working for a big advertising company in Milan.

“Even in that job I quickly started feeling like every day was the same routine like I was doing the same thing over and over purely for survival reasons. I worked to live and that mentality didn’t suit me at all, it wasn’t who I was.”

When she turned 30 she started questioning many things in her life and decided she did not want to waste her time on things that don’t offer her a sense of fulfillment. She took a 5-month break and tried to talk to the child in her.

“I went back to my childhood thoughts. I thought about what I wanted to do when I was a kid, how I imagined my life. I remembered I had the most fun when I was working in the hospitality industry during the summer season. I thought well, maybe there is something there.”

And actually, an amazing thing happened: once she decided to get back into hospitality, everything fell into place very naturally. As Niki describes it, it was like a dream she had locked in a closet and it was collecting dust but now it was time to take it out and realize it. 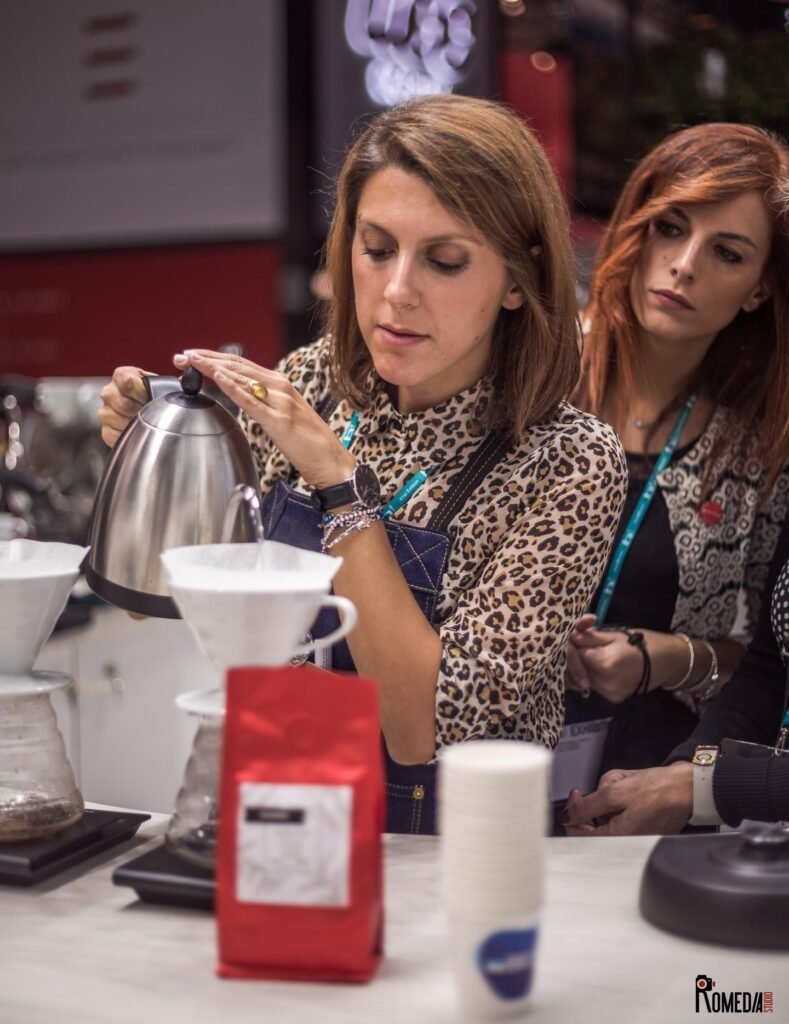 Niki Di Landa on the stage

Although her family was very supportive, some friends and colleagues would call her crazy for giving up a career and a sense of safety.

“Expectations from people were one of the most challenging parts for me. For a while, I cared what others would think and everyone just thought I was crazy. But now I surround myself with people that can inspire me and that I can be an inspiration for them.”

After doing some coffee courses and working as a barista for a while, she decided to compete for Italy’s National Ibrik Championship just 3 months before the competition took place.

“This was the best and the worst decision I took. At that time I was dealing with a lot of personal issues, but focusing on the competition really pushed me to have a goal.”

Her advice for anyone that’s thinking about competing is to have a goal-orientated mind and a healthy routine.

After 10 years in Italy, Niki came back to Greece at the beginning of the summer of 2021. She knew that this was the country she wanted to stay in and pursue her dreams. She’s currently working as a consultant in the specialty coffee sector. She collaborated with different roasteries and from time to time she works as a barista in workshops and festivals.

Her next big goal is to open a coffee house,

as she calls it.

“I don’t like the phrase “coffee shop”, I prefer “coffee house” because a shop is something you enter to make a purchase. My coffee house will be a place where you can share experiences, your love for coffee, good food, spirits, and cocktails, an international place. I will collaborate with local roasters with who I share a common vision.”

This will be Niki’s first endeavor as a business owner and she fully understands the challenges of it because she has been in the hospitality industry for some years now.

“What I have learned is to avoid one mistake: work on and not in your business. If you do all the jobs you will not have the focus to manage the place, dealing with customers, suppliers, internal issues plus you will be dead tired from long shifts. You will have to be responsible for other people and you better have the mentality for it. A business is like a small child.”

If there is one thing we have learned from Niki is that by working on our resilience we can always find a way to go on. Just as she says, working on yourself, setting priorities, and wasting zero time on being unconfident will take you where you want to go.

Niki Di Landa is a truly inspiring woman, we wish her all the best in the upcoming World Ibrik Championship and best of luck with her coffee house, which we will certainly visit when it opens!

My name is Vasileia and I’m here because i decided to combine my two favourite things: writing and coffee. You can follow my coffee adventures via my blog: thewanderingbean.net