The barista man wants you to look at coffee in a new light. Meet Paul Asquith, a “passionate coffee ambassador”. 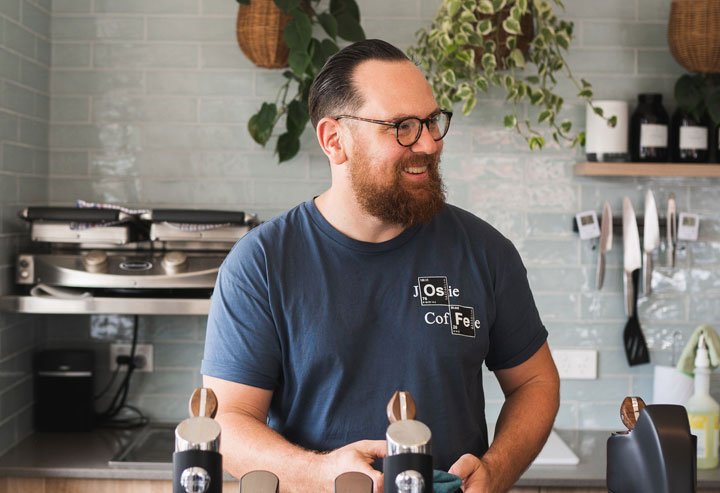 Paul Asquith had no plans to become a barista. Instead, he had an ambition of becoming a web designer. Starting out at a Gloria Jeans franchise in Australia, he enjoyed the role and started to do more shifts, before ending up pursuing coffee as a career. Looking back, he probably could not have sustained his passion for web design as much as he has for coffee. It has been a good twenty years in the industry and Paul Asquith is still very much in the game.

After some time behind the bar, Paul became a barista trainer for a few years. This was an introduction to a professional side of coffee he hadn’t seen as a barista. It helped him develop his skills, while he spent time teaching other baristas as well. One of the perennial challenges he’s faced in his two decades in coffee is the need to embrace technology and continue learning. Paul found that he often had to change his ideas and refine his palate, and he tries to help other baristas realise why it is necessary to keep on trying new things. Without the attitude to evolve one’s skill set, it would be much harder to be happy and passionate about the job in the long run. Paul was also a part of Grinders Coffee for two years as their national training manager. This period of time helped him to build up his expertise and credibility as one of the go-to persons in the industry.

In 2012, Paul ventured into the burgeoning specialty coffee scene when he joined ONA Coffee. As it was a rather small company, he was a jack of all trades, being involved in sales and training. He helped ONA enter the Sydney market, working with them for three years up until Sasa Sestic won the 2015 World Barista Championships. He’s also been at Seven Miles Coffee Roasters, joining as a specialty coffee advisor and being involved in roasting, quality assurance and training. Paul’s time at Seven Miles spanned five years and he did many roles, finishing off as a brand ambassador and training manager until the pandemic hit.

Paul has been living in Newcastle, two hours north of Sydney. While working at Seven Miles, his commute to work took two hours everyday. Out of work during the pandemic, the break gave him a good chance to relax and reset, and try new things. He’s spent time as a painter, helping a friend to paint houses. He’s tried becoming an entrepreneur, attempting a cold brew business that did not quite work out. Paul’s now working on a new little online store called The Outdoor Barista, solely based on portable outdoor coffee equipment. He would also want to start a small grocery or run his own cafes someday and is constantly thinking of ideas to keep himself engaged. 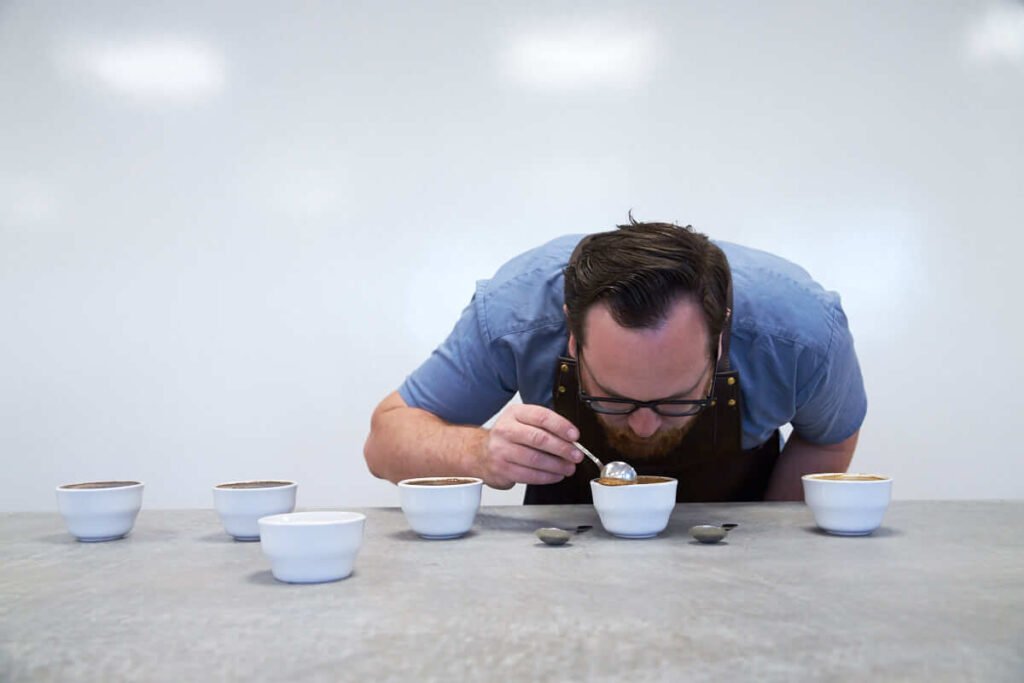 More recently, Paul joined the team at Josie Coffee as their relationship manager. His role involves looking after customers, conducting training and doing a bit of everything. It’s a small team that’s growing, having just opened their second cafe.

As coffee continues to evolve and innovate, Paul finds it necessary to lift the perception of coffee in public. Far from the usual message that coffee fuels the day, he would prefer articulating the journey that coffee takes from bean to cup. Paul takes the time to explain why coffee is like it is and how long it takes to get to the cup. In this way, people would get to understand what they are paying for, and be more willing to spend on a cup of coffee. In fact, prices for a cup of coffee in Australia have not moved that much in the past twenty years. When Paul started, a cup that cost 3.50 is around 4 dollars today. On the other hand, wages and rents have increased way more. Paul suggests a level-based system where people can identify coffee across a range, from the lower end beans that serve as ‘fuel’ to a mid-range and then specialty. Then, they can seek each type of coffee based on their preferences, similar to wine.

Paul believes this approach to look at coffee as not just ‘fuel’ but also specialty, would allow people to seek out more expensive coffees. More cafes would then be able to raise the prices of coffee, returning more money to the industry to pay for coffee at origin and pay baristas with a more livable wage. Producers and baristas, at the start and end of the chain, are not doing as well as they should –

“they are surviving, but not thriving”.

The more media and buzz we can create around the higher end of coffee, the better it will be.

As for advice to baristas starting their careers, Paul reminds them to look beyond all the knowledge out there and not be afraid to form their own opinions that might differ from people in the industry. He also advises newcomers to form a larger circle and explore the wider community. Go out and seek other experiences in the industry, be it judging or competing in barista or roaster competitions. Get to network with people and learn from amazing baristas and roasters. Ask questions, and never stop your desire to learn.

At the same time, continue to push for positive progress in the industry and talk about coffee in a positive light. Keep sharing your knowledge of coffee, and be a passionate coffee ambassador.