Meet Conor Archbold, an up-and-coming barista and coffee enthusiast from Ireland. His love for coffee is tied heavily with family memories; “I always used to drink the foam of my dad’s cappuccino as a kid”.

Conor Archbold is currently a part-time barista while he studies genetics, something which has sparked a new combined interest; coffee genetics. From leaf, to bean to cup the world of coffee is massive, and experimenting with coffee science is the future. Connors excitement at the possibilities of how coffee has a range of effects on people has inspired his dream to one day find a way to push the boundaries of coffee further. From eliminating infections and fungi to help farmers sustainability to even enhance the taste further, the possibilities are limitless as this new venture has yet to be explored. Hoping to be one of the first to bring us into the new age of caffeine, Conor dreams of building his own cafe where he is able to serve his scientific breakthroughs for everyone to try. 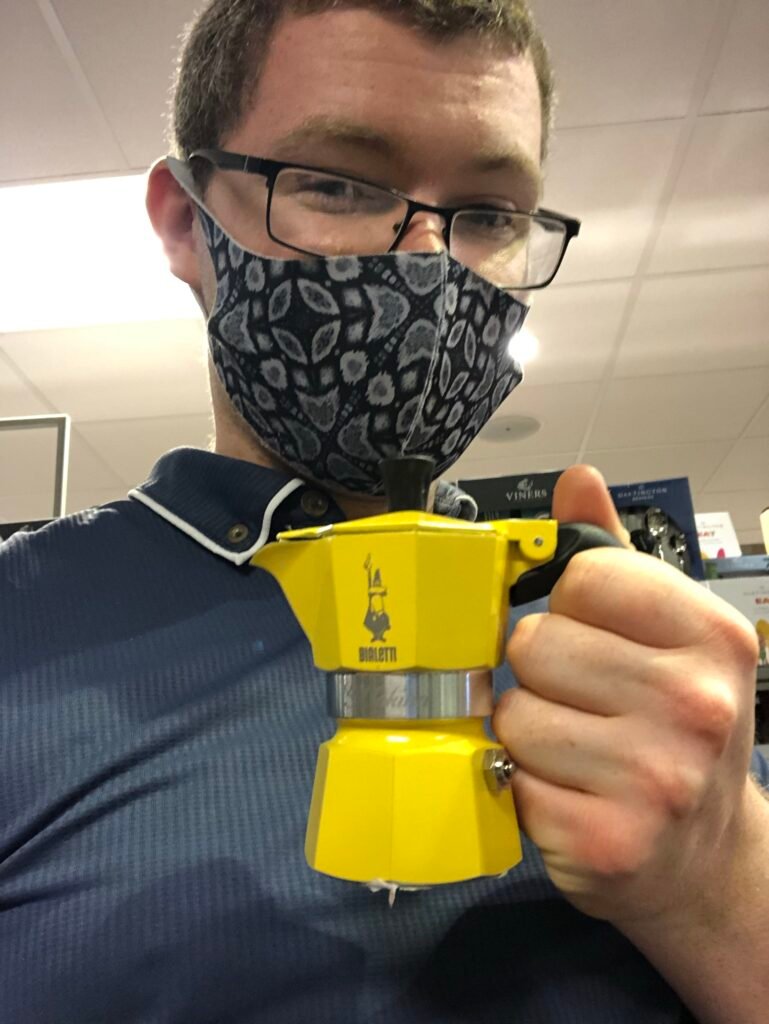 He has started his journey by starting his University’s first coffee society, with the aim of creating a space for people to learn about the drink. He, and two friends (Conor Scott and Dylan Doherty), share their passion for coffee and coffee making for all to experience through their group on social media, they also work hard to make sure that the group is open to everyone. “ The main aim is to educate more people about coffee, but also to build passion. I’m still learning about coffee myself but there was nowhere for me to do it with others.”

Conor Archbold, like many other baristas, struggled during the pandemic, after losing his part-time barista role during the first wave he felt as though he had no support.

“I felt abandoned by my employer, it was obvious they placed little value on their employees as no one told us what was going on.”

Conor remembers being lucky enough to come back to his job later; “And that the mood had changed. Remembering how we were treated, everyone was stressed and sad.” While the pandemic were unprecedented times for everyone, a lot of baristas fell under the radar when it came to support.

“We were one of the first to open back up when it was still dangerous outside and no one else was there. It felt strange to be going back to such a low paying job in such a high risk environment”.

A barista in Ireland can have a maximum wage of €11, which is still the minimum wage.

For Conor however, the strong community that has been built around coffee kept his love alive during these hard times. It has been a source of life lessons too for him, as he remembers learning not to judge others when he told his father about someone’s silly drink, to which he replies “Why do you care what someone drinks?”. He learnt to care for elders and how he can help the loneliness epidemic that Britain suffers, having made friends with a regular customer who later admitted he didn’t care for coffee, he just enjoyed Conors company. Following coffee can be a journey full of excitement, but it can also be a place to learn, develop, and dream big.

Conor has shared his story with us to share support for roasters and baristas. “They are always dying to talk about coffee and hear any advice you have too”. He wants people to see that there is “a lineage of workers behind each cup”, each one vitally important, and all underappreciated compared to what they deserve.

If you liked Conors’ coffee story, you can follow him here: @conorarchbold