Before Mohammad Reza Khademalhoseini was known as “the most prolific strategist in the coffee industry,” he was simply known as a hard worker and a genius innovator who could take any café from ordinary to extraordinary. This is the story of how Mohammad Reza Khademalhoseini rose through the ranks of the coffee industry and why he’s pulling others up to join him. 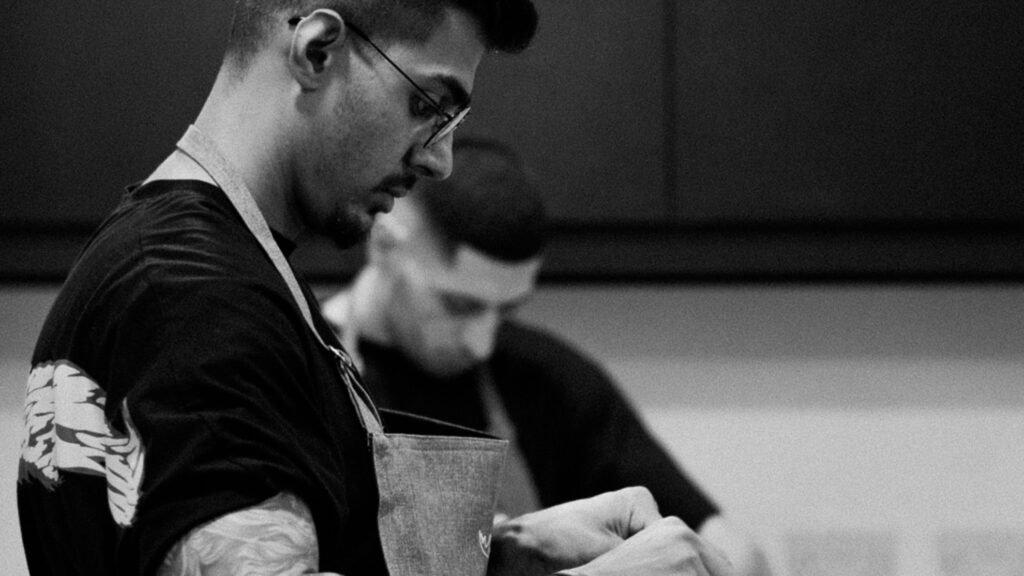 “I realized that coffee is a part of me, and I decided to be my best self around the world”

Growing up in Tehran, Iran, Mohammad Reza was surrounded by coffee. He started working as a dishwasher in a small coffee shop as a youngster, and after only eight months, he became a barista, creating simple yet delicious espressos and lattes. Spending many full-time days in the cafés of Tehran, he realized that he should put his Bachelor’s degree in Mechanical Engineering to work. He started learning about the stages of coffee production, from harvesting to marketing.

He took that knowledge and skill to become the Cafe Manager of one of the most iconic food halls in Iran: the Address Foodhall.  From there, he became the Area and Personnel Manager at Sam Café and a valuable asset to Yogoburry and Raees Café, two other reputable coffee shops. If that wasn’t impressive enough, he opened his own roasting company, MRK Coffee Roasters, where he was able to organize and implement the strategies required in the business to maintain steady growth.

“Success means being your best self in the coffee industry and making many people benefit from your knowledge.” 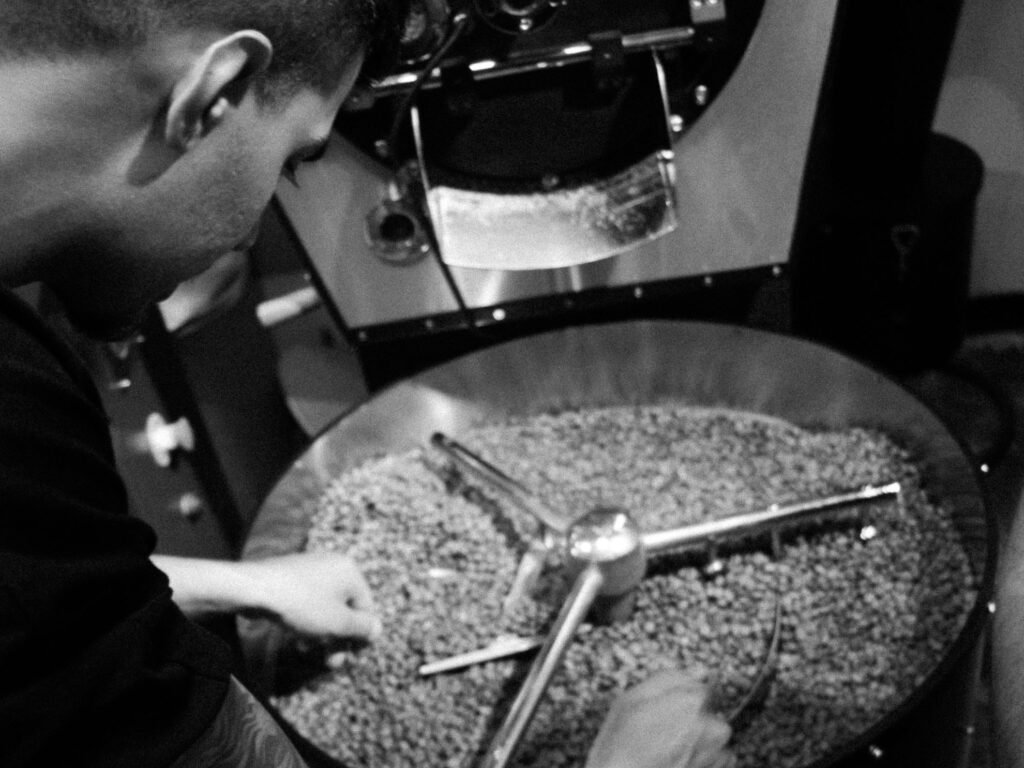 Mohammad Reza could have stopped at opening his own roasting company and running a successful café, but he wants to be the best in the world of coffee, creating premium roasts with the finest ingredients while marketing himself and his product as a global brand. He is certainly positioning himself as an expert in coffee production and roasting and as a genius marketer who is taking the world of coffee by storm.

Mohammad is a certified holder of the USA’s International Q-Arabica Grader of CQI, and he has valiantly competed in three national coffee competitions, but he doesn’t keep all his knowledge and expertise to himself.

He routinely trains other coffee entrepreneurs, teaching them competencies such as project management, quality control, and market branding. He makes sure that his protégés are getting the right information. “Today, non-professionals teach people the wrong science and techniques, which are not fundamental at all. I always tried to provide the best and highest quality for coffee lovers.” Muhammad teaches the science and business acumen behind his success in the coffee industry.

“If you love coffee, don’t stop trying to learn and grow in the coffee industry. Always seek to learn…”

Muhammad Reza has participated and competed in three national coffee boiling competitions, and as a Café Manager, he increased the Address Foodhall’s daily sales with his expert management and marketing prowess.

His skills and expertise in roasting, harvesting, farm procedures, brewing, and latte art landed him the position of Judge in the Cup of Excellence in 2022, as well as features in over 68 worldwide publications. Still, Muhammad doesn’t let it go to his head.

He credits the hardships he encountered in his life and his inner strength to overcome them as his motivation for success, so he welcomes other coffee lovers and entrepreneurs into his coffee shop to learn from the master of coffee who took the norm of basic, bitter coffee and transformed it into deep, delicious Arabica coffee that has grown in popularity and made Muhammad Reza Khademalhoseini the most prolific entrepreneur in coffee.

“HUMANITY RUNS ON COFFEE.” This phrase has been running around the world, on snapback hats, T-Shirts, hoodies, and now, on coffee wristbands. Viviana Adame’s story is another proof of the…
Oluwatobifunmi Olaniran
Coffee Stories
13th October 2022

Life imitates Art far more than Art imitates Life (Oscar Wilde). What about Coffee? What about the gentle strokes in brewing and the emotional feelings that coffee brings? Is Art,…
Notabarista