Michael Nguyen is a barista from the UK whose passion stems from the positive social impacts of coffee.

Michael was fascinated by the way coffee can bring people together. He told us “I loved the social impact around it”, how it can create an environment that people can share. This led him in a new direction in his life, working in a coffee shop.

“I realised coffee was the perfect bridge to connect people” 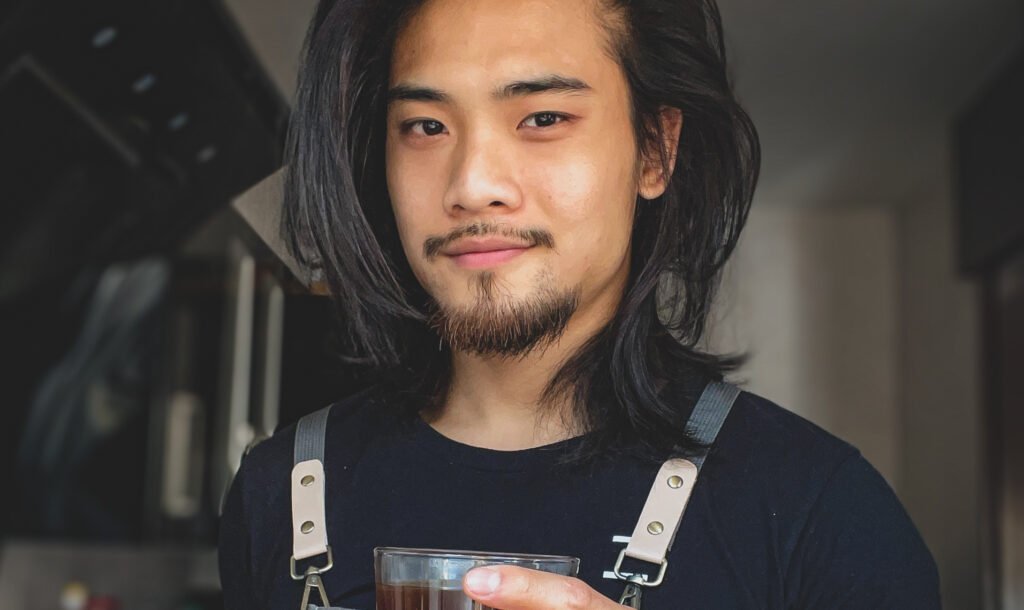 Michael Nguyen is a barista

The Beginning of the Story

His story began in Hanoi, Vietnam in the year 2020. He told us that he “had no idea what coffee culture was like” because he didn’t drink coffee but he was inspired to open his own coffee shop. To gain skills and knowledge he became an intern barista at Simple Coffee.

Michael’s long term goal is to work in the coffee industry for a long time, he has no idea what the future holds but he is very excited to continue his journey. His favourite part of his daily work is working as a team. He loves the sense of teamwork you get as baristas and how baristas all understand each other. He even told us he would come in on his days off just to hang out. He’s driven by a passion to learn and share experiences, he finds this “enriching” and “extremely valuable.” 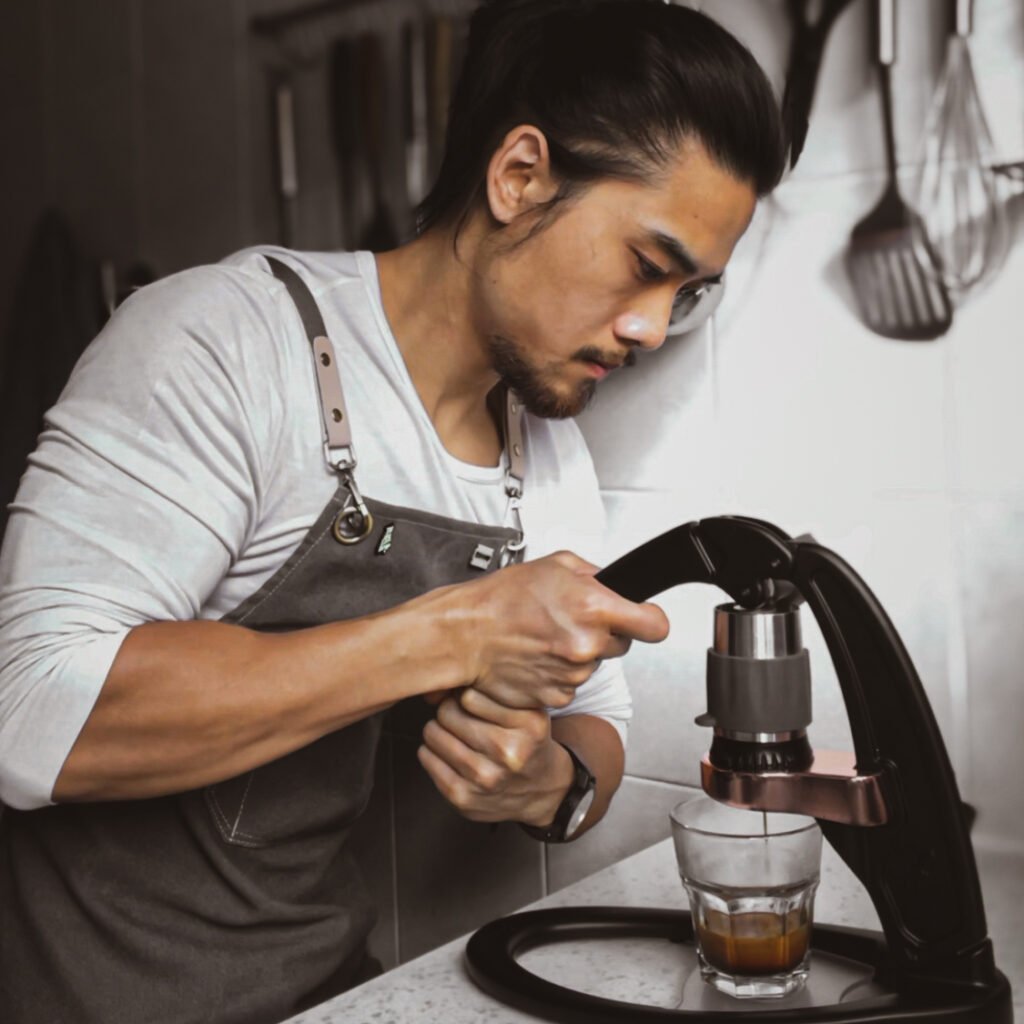 There are also challenges Michael sometimes has to face. He explained that a lot of these challenges stem from closed-minded people and he describes humans as “complex beings.” Customers can sometimes be difficult and people with biased coffee experiences can be closed off to new information. However, he is working to overcome this challenge by being aware that people have different experiences and opinions and keeping an open mind himself. He also tries his best when he brews anything for a customer, he wants his actions to speak louder than words so people can enjoy the best coffee.

Michael is also facing a challenge many of us can relate to at this time. The coffee shop where he worked in Hanoi is closed due to the lockdown in Vietnam so he has had to return to London. He feels that being out of work has deteriorated his skills and that he needs to get back behind the barista bar. Michael remains hopeful throughout his challenges and hopes to return to Hanoi soon.

“I meet so many great, like-minded individuals who have the same passion, which is coffee!”

Michael told us about the coffee industry and what it’s like from his perspective. He loves how vast the industry is and how it includes so many types of people who have mutual respect. He loves the sense of community on social media and the collocation between different areas of the industry. He aims to continue growing his knowledge by going around speciality coffee shops in London and networking with shop owners and baristas. He loves learning about the different coffee regions, brewing methods and everything beyond.

Michael described the coffee culture in Vietnam as “no secret” and that there are many types of coffee from Ca Phe Phil to pour-overs. Vietnam is the second biggest coffee exporter in the world and Robusta is the biggest coffee producer in Vietnam but Arabica is growing very quickly due to a new interest in complex flavours. You can learn about both of them here.

Michael’s achievement he is most proud of is his progress in the last 5 months. He started a website and Instagram that he uses to expand his skills in writing and understanding coffee. He told us he looks back on his old work and it makes him happy as he can see his growth.

“There is no right or wrong way to drink coffee”

Outside of coffee Michael has many hobbies. His main passion is fitness, specifically callisthenics, weight lifting and yoga. He also participates in grip training and steel bending which you can see on his fitness Instagram. Michael also loves riding motorcycles and took trips across Vietnam with his father.

We were also interested to hear what Michael’s favourite coffee is. Michael told us that he enjoys all types of coffee and it depends on the seasons but right now he is enjoying “coffees that go through extended fermentation like anaerobic or carbonic process.” His go-to coffee at the moment is a Rwandan coffee named Propellor by Gentleman Baristas. He enjoys it because he said it has hints of red berries and jam with a ‘wine-like’ feel.

“don’t be afraid to try different coffees now and then!”

You can keep up with Michael on his Instagram and website. To learn more about people in the coffee community by reading more of our Coffee Stories