I’M NOT A BARISTA: A New Platform for International Baristas

How I’M NOT A BARISTA, the fundraising site raises money for baristas, and what it’s doing to keep people brewing at home during the COVID-19 pandemic.

The original article was written by Mark Van Streefkerk on April 07, 2020, published on Barista Magazne Online

Considering the level of coffee knowledge, professionalism, and customer service expectations of the job of barista, many people would agree that they are underpaid. If being a barista is your main source of income, you don’t have another secure source of funds, and living check-to-check is the norm, continuing coffee education or pursuing competition can be even harder. I’M NOT A BARISTA was founded with these struggles in mind, and its goal is to help baristas in need. 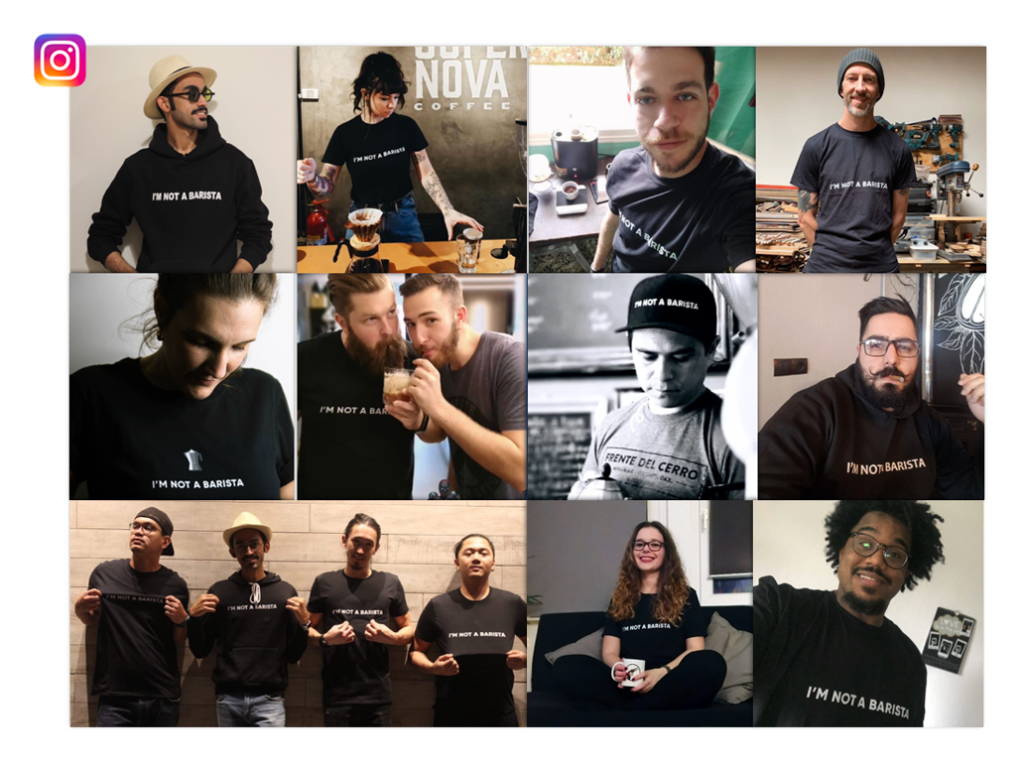 I’M NOT A BARISTA is an online platform for baristas around the world to share their stories, and to fundraise for baristas in need.

Although the organization is just three months old, its mission is clear: “All we do is for one single purpose—to help baristas in need,” says Micky, the founder. “I really like the saying, ‘Humanity runs on coffee.’ Drinking coffee is probably the most global thing that we do every day.”

Micky has actually never been a barista. However, originally from China, he moved to Denmark when he was 17, spending a decade “immersed in the Scandinavian Hygge culture—and coffee is a big part of it.” Mickey now lives in Moscow with his wife. During this time, he worked in marketing for a coffee tech company, where he developed working relationships with coffee professionals and baristas. Getting to know the behind-the-scenes stories of coffee workers, Micky “realized being a great barista is extremely challenging,” and that “they absolutely deserve more public attention and respect.” He also notes that outside of the U.S. and most countries in Europe, the job of barista is seen as an “unskilled” job, in the same light as a fast food worker.

Micky then launched the I’M NOT A BARISTA website and social media accounts at the end of 2019. He operates with the help of volunteers from countries like Singapore, South Africa, Iran, Germany, Russia, Mexico, and Italy, including Milan-based blogger Valentina Palange.

I’M NOT A BARISTA is a platform for sharing stories from baristas around the world. The platform also sells swag‚ shirts, hoodies, backpacks, hats, and phone cases, all sporting the I’M NOT A BARISTA statement. “I’m into irony,” Micky says, “and I think it’s a great icebreaker for baristas and coffee customers. When people see a barista wearing this T-shirt, they’re curious about the real meaning. People shouldn’t be separated by the coffee bar; we need more natural and easy communication in the coffee world.

All of the profits from sales go to support baristas. So far, the organization has made a contribution of 100 Euros to Tzanetos Dalietos, who recently competed in this year’s Greece National Brewers Cup. Though admittedly a modest amount, Micky recognizes that for a barista, even a small amount means a lot. “We’re young and small, what we can offer to baristas is limited at this moment. When we grow bigger and have more funding, we will help more baristas. We don’t want to compete with traditional coffee sponsors who often offer attractive financial sponsorships; we prefer helping emerging baristas who haven’t reached their first career turning point.” 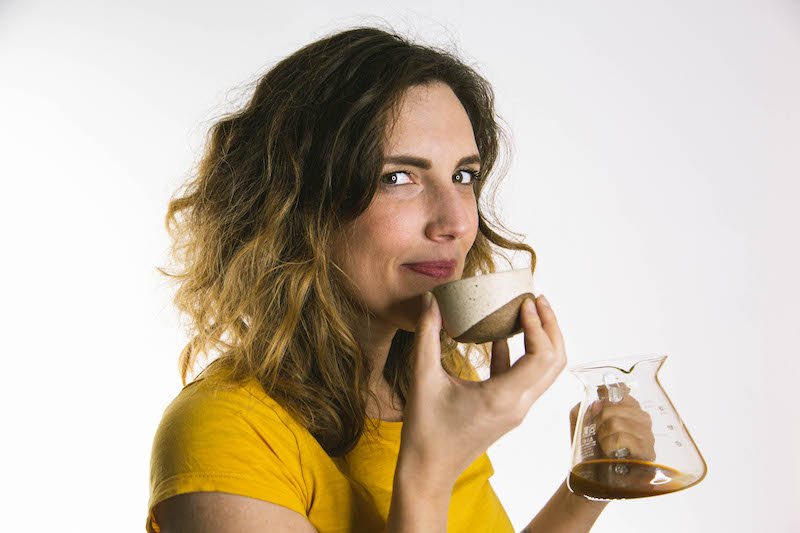 Acknowledging that the worldwide COVID-19 pandemic raises new challenges for the coffee industry, I’M NOT A BARISTA has launched a new campaign, #brewathome. Like-minded brands including Hario, LilyDrip, and Flair Espresso, as well as roasters in the United Kingdom, Norway, Italy, Germany, Ukraine, and Sweden, are offering anywhere from 10 to 20% off of online sales in honoring the campaign’s mission to keep people brewing world-class coffee, at home. Share your own barista story, or connect with I’M NOT A BARISTA at their website, or on Instagram at @iamnotabarista.

Barista Magazne OnlinebaristasbrewingI'M NOT A BARISTA