Hailing from the country best known for its historically rich coffee culture, Enzo Fiore comes from Naples – the Italian city that is perhaps the beverage’s spiritual home. Within the city, there are numerous stories that revolve around coffee but Enzo’s story has truly reflected the art of Neapolitan coffee. His journey with caffeine first began in his early childhood years.

Enzo Fiore’s curiosity for coffee was first cultivated at the age of 5 when his grandmother was making coffee with a coccumella, also known as the traditional Neapolitan flip coffee pot. This traditional Italian coffee brewing method is decades older than the espresso machine and the Moka pot, which can be found in households across Naples. The earthy and rich aroma coming out from the kitchen has made him instantly in love with the beverage, followed by the complex flavours when he tasted the first sip. The reason is as simple as that, and this is how his relationship with coffee began.

Enzo first started as a seasonal barista when he was 16 years old in his family-owned coffee shop located on the Amalfi Coast. Here, his passion and desire to work in the coffee industry long term emerged and he began to work for cafés in different cities such as Capri and Sorrento, where he got the chance to serve many VIPs that were delighted by his coffee, especially the signature hazelnut coffee made with a cuccumella. He never forgets this small but mighty coffee maker that brought him into the world of coffee. 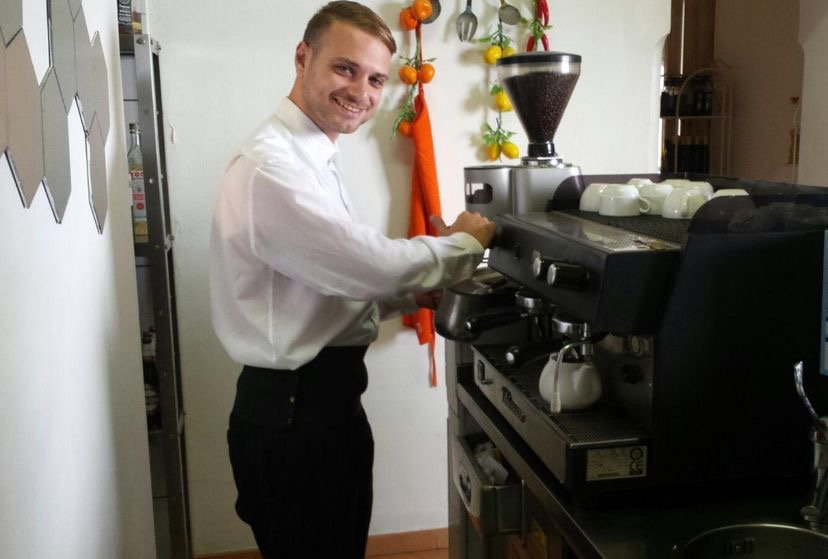 Enzo Fiore is working at his family-owned coffee business

In 2010, Enzo Fiore had the opportunity to work in a fine dining restaurant in London, but eventually, he decided to return to Naples after years of experience abroad. It is always the essence of Neapolitan coffee that motivates him, and he wants to bring back his professional experiences and learnings to his hometown.

Since Naples has a long-standing culture in the world of coffee, it has been a challenge for Enzo to offer something new to customers instead of solely following the complex set of ancient Neapolitan customs. To oppose these norms, he decided to include a variety of coffee beverages in his café. From Americano to filtered coffee, Enzo wants everybody, not only the locals to overcome the traditions and explore more possibilities as there is so much more out there than espresso.

“I think coffee is more than a drink and it can even be a sort of redemption to the less fortunate,”

Besides preparing delicious coffee, Enzo Fiore believes that his role as a barista can also be translated as a socially important mission: education of coffee knowledge. Working as a part-time lifeguard has inspired Enzo to give back to the local community and in this regard, he started to train the public about the art of making coffee on a voluntary basis. The smile on his students’ faces always reminded Enzo Fiore why he started and his dream to open a coffee shop someday can be accomplished.

“My relationship with coffee has always been associated with the fact that it’s a ritual that has often brought all the family together,”

Enzo confessed that coffee is at the centre of some of the most heartfelt moments he has had with his family and close friends. For Neapolitans, they have always praised it as the drink of “friendship and well wishes”. Drinking a coffee is a real ritual, a moment of laid-back time, a break from hectic work, a moment to chat and laugh together with your beloved ones. 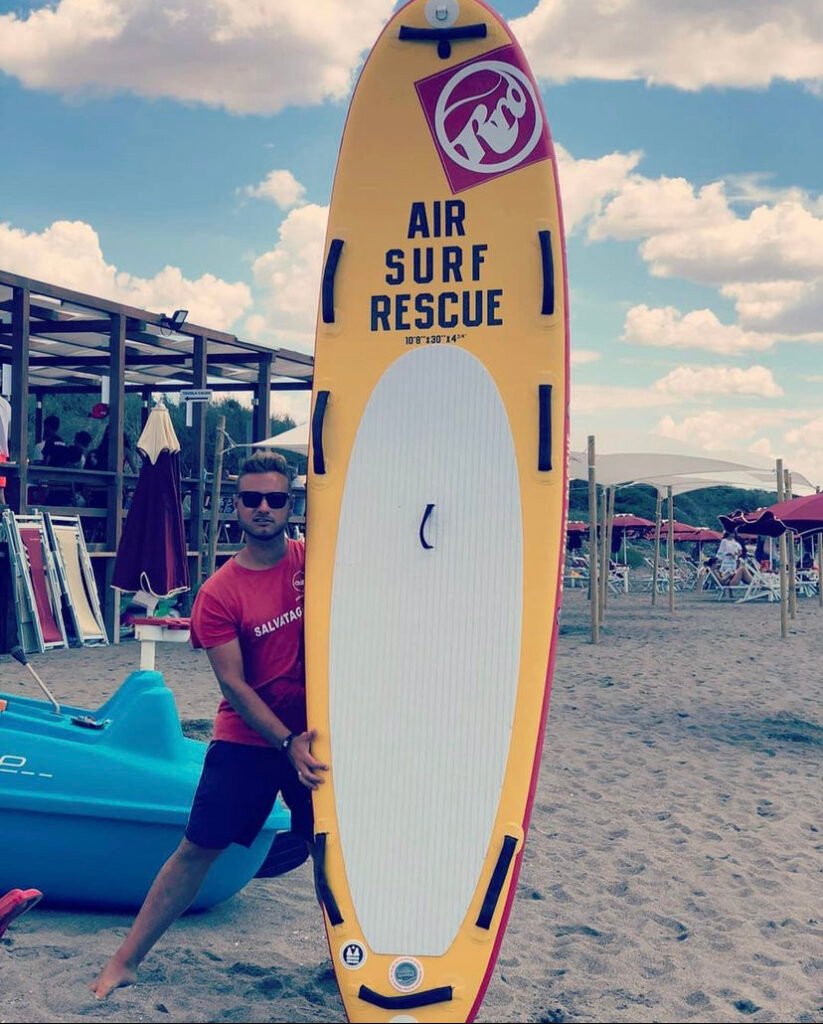 After all these years as a barista, Enzo tells us that his success is simply doing something that makes him happy. Making his very first coffee in the morning and smelling the rising aroma from it is probably his favourite part as a barista, and it never fails to make him feel right for the rest of the day.

The story between Enzo and coffee is to be continued – and we at I’M NOT A BARISTA wish him the best of luck in his future endeavours! Check out his Instagram @enzo.fiore09 to find out more about this amazing barista.

Visit here to read more inspiring stories from baristas around the world.