Coffee has been a part of Wayne Shih’s life for about 30 years. Today, he is the owner of a tiny coffee shop in Taiwan and is well-known for his content on his YouTube channel, where he has over 100K subscribers. Here, he simplifies complicated aspects surrounding coffee and shares beautiful latte art videos. 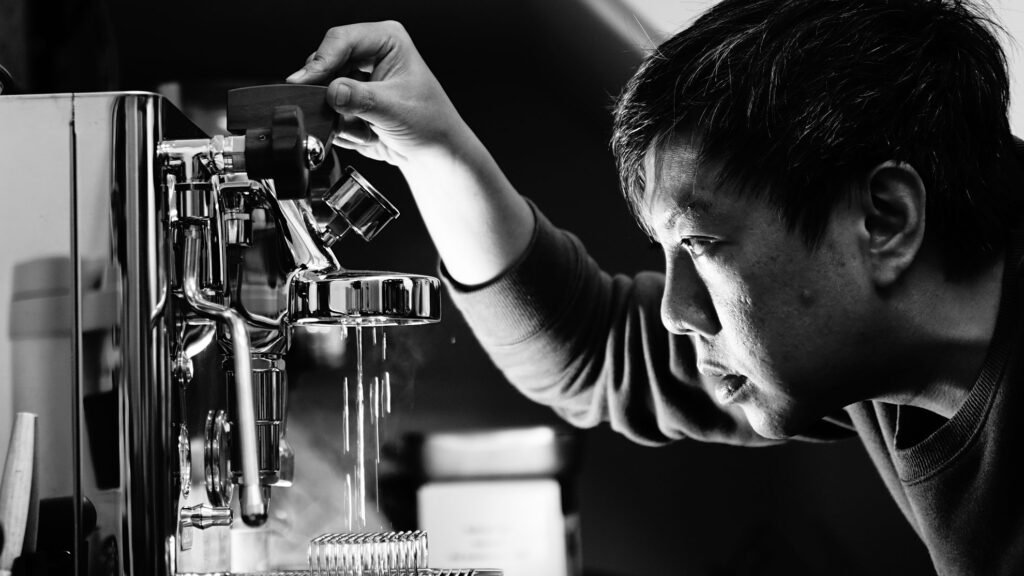 Wayne’s interest in coffee began at a very young age. His father served coffee beans at his home when he was in middle school and Wayne started drinking coffee around the age of 7 or 8.

“When I was a kid, my parents were not shy about exposing me to these high-caffeinated things.”

His parents have undoubtedly played a huge role in Wayne’s success within the coffee industry. However, as he was growing up, he knew that he wouldn’t be able to sit through an office-type job, where he would be required to do the same kind of work every day. He wanted variety – he wanted more out of life. Once, he thought of becoming a teacher but quickly changed his mind as he realized the repetitiveness of teaching the same thing, year in and year out.

In college, Wayne studied Oceanography and learned a lot about earthquakes and typhoons – which, for the most part, was unrelated to coffee. He enjoyed his chosen major as it required little classroom time and provided many opportunities to venture outside. Often, the students would hike to a nearby mountain or take a trip to the ocean in order to actualize what they had learned in their studies.

Although Wayne didn’t place much emphasis on studying and getting an education, he understood the importance of having something to fall back on. Still, if he could go back, he would choose to study the same thing as he believes it helped shape him into the person he is today. Wayne stresses the importance of a student’s time in college and the valuable lessons learned, not just inside the classroom but outside too. He concludes that it assisted him in building communication skills with scholars and strangers alike, and it taught him how to navigate through differences of opinion. College, he says, prepares a student for the world outside.

His educational background allows him to tackle issues and face challenges within the coffee industry from a scientific point of view, which he wouldn’t have been able to do had he not gone to college.

Wayne started working in a coffee shop when he was in college. It just so happened that two months before he was to serve in the army, the owner of the coffee shop admitted to Wayne that he had medical complications and did not want to continue running the business. The pair made an agreement that when Wayne returned from the army, his boss would hand over the operation of the café to Wayne. Because of this, he feels as though his propulsion into the coffee industry was by luck and pure coincidence. 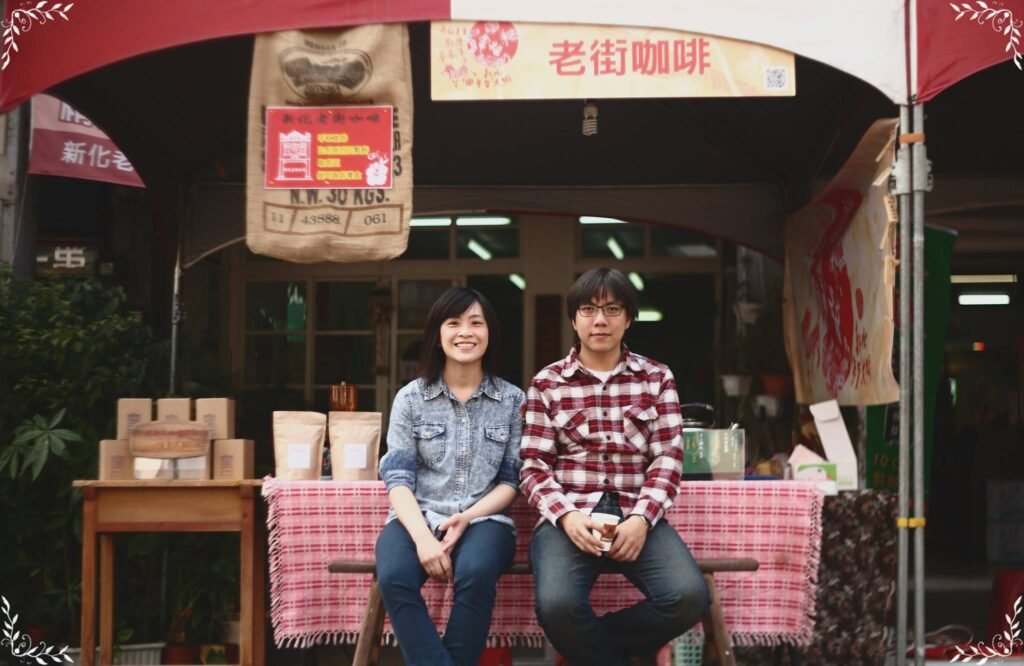 When Wayne returned, he took over the operation of the café and ran it for 12 years. He adds that it was completely different from the café he runs now in that it was in a scenic area with lots of seating and a beautiful view. Most customers who frequented that coffee shop were not concerned about the quality of the coffee and instead found a stunning place where they could gather with their friends and have a good time. Due to its location, the income at the time was a handsome sum. At that time, Wayne sold coffee for 150 Taiwan dollars which was considered a relatively high price, but he admits he was young and so didn’t save much money. He says that when you’re young, you think money comes easily and so you spend it as soon as you get it.

In the beginning, almost a year after he started running the coffee shop handed over to him, Wayne’s own father retired from his old job and opened his own café in their hometown. Wayne didn’t think it was his father’s plan to run it for a long time, but when he returned to his hometown, he realized that his father had a different plan and enjoyed running his own coffee shop.

At this point in time, Wayne decided that he would open his own coffee shop outside his hometown, which consisted of less than 50 thousand people. He believed that he would have a higher chance of success if he looked to open one in the city as opposed to one closer to his father’s café. Wayne and his wife moved to Tainan, located in southern Taiwan, and opened their own coffee shop less than 2 kilometers from Tainan railway station.

“Many people would say that Melbourne, Australia is the coffee capital of the world, but I think it is actually the state of Taiwan.”

Around 3 years ago, he started his YouTube channel when business wasn’t doing too well. This freed up much of his time to focus on creating content for his channel. Only after the success of the first few videos which generated income from advertisements, did Wayne consider that it could be treated as a sideline business. When it comes to his channel, he thinks that:

“[He is] actually acting as a bridge between coffee and drinkers.”

At the start of his YouTube career, Wayne concerned himself a lot with his growth and decided to do unboxing videos, increasing the number of views and subscribers. However, he realized that those videos weren’t all that meaningful and may even have been wasteful, as he was spending money on products he rarely used again. He didn’t want to mislead people into thinking that they needed to purchase items they didn’t need, and therefore decided to stop doing unboxing videos.

Another reason for starting his YouTube channel was so that he could share his knowledge and experience with the world. Wayne says that at the beginning of his journey, he had many friends who shared their knowledge with him and never asked for anything in return. He vowed to himself then, that should he become successful one day, he would share his own knowledge in the same way – without asking for a cent.

The reason he has not administered any paid online courses or published any books is that he believes that if he can offer knowledge that is simple to understand, people shouldn’t have to pay him to gain access to it.

The challenge in this, he found, is that people assume that when information is free, it is of a low quality when in fact, that isn’t always the case. There are people around the world, like Wayne, who want to do good and share what they have learned over the years with people who would benefit from it.

Another opportunity arose for Wayne and his wife to do good and have made it a tradition on their wedding anniversary. He says that many Chinese hold big weddings when they get married, but he and his wife didn’t do this. They registered their marriage at the court and that was that.

Instead, they held an event at their coffee shop on their anniversary each year where people were offered bottomless coffee for free.

Whether they were guests, or merely passing by, people were able to enjoy coffee on the house for as long as they stayed that day.

Each year, they’d invite a barista to help make the coffee and all the tips received went to him in addition to his wage for the day. If the barista was from out of town, they would help pay for his accommodation and travel expenses. The reason they kept the tradition alive was that the barista walked away at the end of the day with more than 8000 Yuan which could encourage them to further their career in the coffee industry. 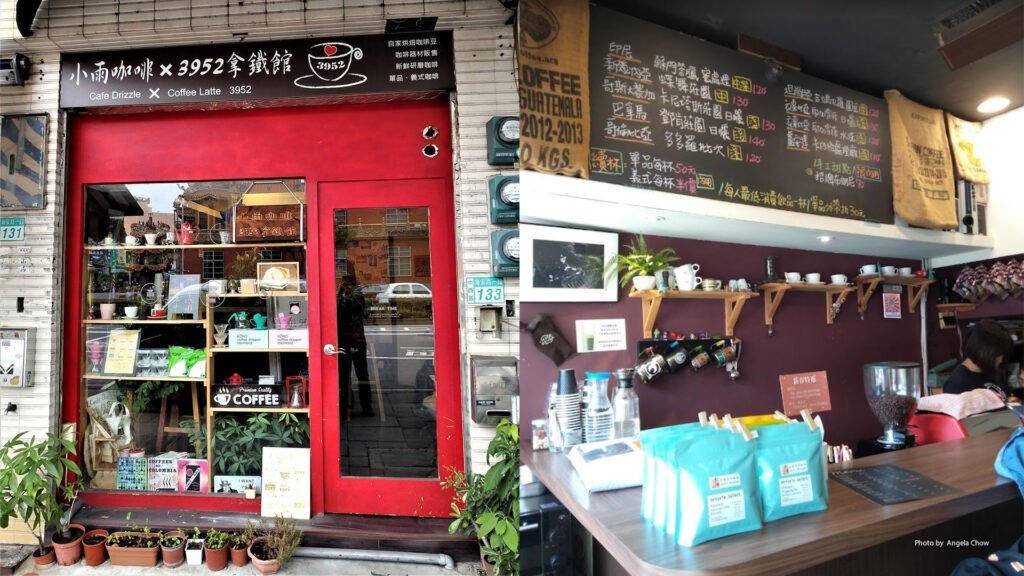 Wayne’s coffee shop has never had any employees. He and his wife run it themselves as it is a very small café. His wife is a full-time barista while he runs the operation of the business.

His advice to baristas looking to one day open their own café is not to be afraid. Take the leap and don’t be scared to ask for help when you need it. You’d be surprised by how many people are willing to assist you in making your dreams come true.

He also encourages future coffee shop owners to try different things because once you are an owner, you need to have a lot of creative ideas, and ideas like that don’t happen in a vacuum.

Venture out into the world, take on hobbies, do an extreme sport, and when you leave at the end of the day, leave your work at work.