2021 was a game-changer for the worldwide coffee community and Ömer Yildirim himself. This was when “hospitality” became the key. And this is when Ömer launched his speciality coffee roasting brand, bringing to his hometown, Bursa, the fresh breeze of Izmir Coffee Festival. He also became one of Turkey’s best latte art baristas, getting 4th place in the SCA Championship. 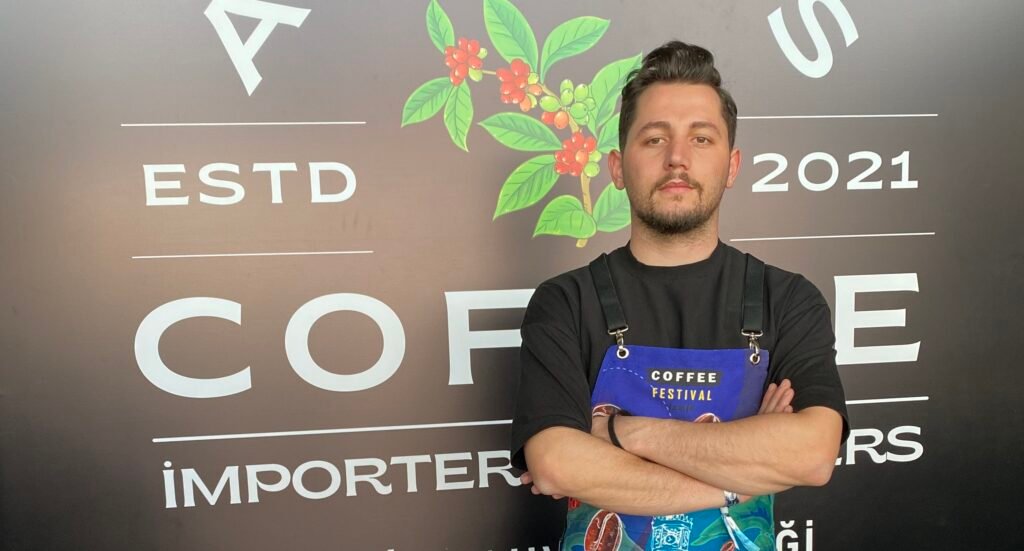 Ömer’s coffee adventure began around ten years ago with – a love affair. It was 2012 when he was working in a small coffee shop that his friend had just opened in Bursa, the fourth most populous city in Turkey. Ömer was primarily brewing tea for the customers until one day it happened:

“I saw it, and I just fell in love with that espresso machine. I said to myself I needed to give it a try. I didn’t think twice. I came up close, touched it and made my first cup of espresso.”

He already knew he was serious about this relationship.

It’s 2022, and you can still find him behind the brew bar. He works daily at Fink Plus Cafe & Restaurant in İnegöl – not far from Bursa. Ömer brews both with the machine and filter methods. But his favourite part of barista work, and the most challenging, is probably latte art.

He can surprise his clients by serving not only hearts or tulips on their milk-based coffees but also unicorns, bears or seahorses. No wonder he started preparing for the championships at some point in his barista path. He remembers that at the beginning, these were challenging.

“I wanted to make those shapes right away, I had a lot of difficulties, but I realized very quickly it really needs practice, effort and time”.

However, he believes the practice and constant learning build success.

The latter came to him in May 2021 when he came fourth in the SCA Turkey Latte Art Throwdown Competition. This success earned him not only great satisfaction but also new opportunities. In October 2021, at the Izmir Coffee Festival, he got the chance to work as a barista for Dunno Coffee CO, an Izmir-based speciality coffee shop and roastery.

Being a finalist on the national level of Turkish SCA competitions encouraged him to start a new chapter of his coffee affair: roasting. He prepared for this project for about two years, learning the basics of a roaster’s job.

“I’ve been in this industry for eight years, and I’m focused on improving myself constantly in the name of serving the best coffee. It’s about time to add the next piece to this jigsaw puzzle. Let me introduce my patented trademark.”

With these words, in September 2021, he launched his coffee brand: ROASTİNG SİNYOR COFFEE, which he sells both online and at Fink Plus.

Like many other roasting newbies all over Europe, Ömer roasts his coffee at host roastery, Dunno Coffee CO in Izmir. He still learns and improves his roasting skills there. Under his brand, Ömer offers coffee for espresso and filter and ibrik.

“My beloved coffee grain has always been Guatemala Finca Kalibus, which I first tried and served last year at the Izmir Coffee Festival. Cultivated at 1800m altitude, this washed coffee stands out with hazelnut, honey and pineapple tasting notes, medium body and low acidity. It is still available for trying in my Roasting Sinyorbarista Coffee offer.” 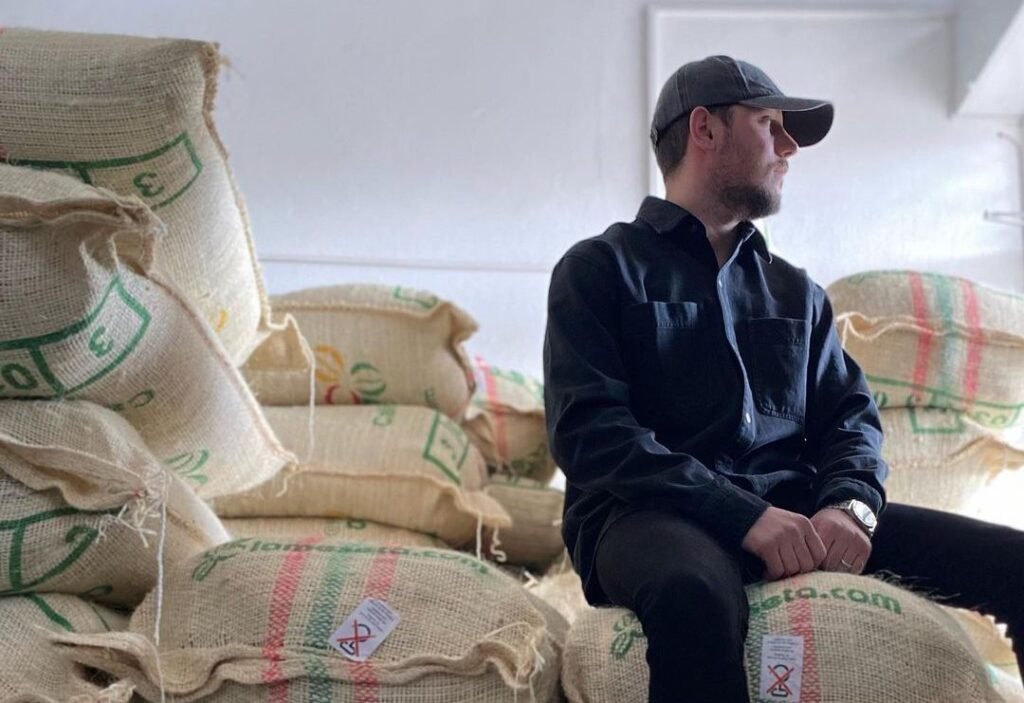 Five months on, Ömer is absolutely satisfied with his roasting business. But he still notes the challenges facing Turkish baristas, such as the shortage of new coffee equipment. “It is really very expensive in our country, and unfortunately, we are not able to invest in it as much as we would like to.”

Despite that, Ömer will certainly keep travelling his path “in the name of coffee”. This summer, he’s planning to open his workshop spot to share his experience and knowledge.

“Coffee has a spiritual value in our culture, and that’s the crucial reason to inspire others to follow this path.”

Many things have changed since Ömer, and the espresso machine met each other. However, this relationship seems to work fine for both of them – and the Turkish coffee community.