From cinema school to coffee mixology: how Natalia Obruch found artistry in coffee?

Natalia Obruch has been in coffee since 2008, as a barista trainer, coffee consultant and event manager. When the pandemic hit home in March 2020, she was faced with the biggest challenge of her entire career, as was the case for many of her peers. For that entire summer, she found herself questioning her career path and motivation. There was lots of re-thinking, searching for different ways to keep going and finding the inspiration and strength to step into a new normal.

When Natalia reached out to I’M NOT A BARISTA, she felt an urgent need to share her story and inspire people who feel the same way. Her time spent reflecting had allowed her to look back on her achievements and project her future plans, aiming to manifest change in herself and the world around her. 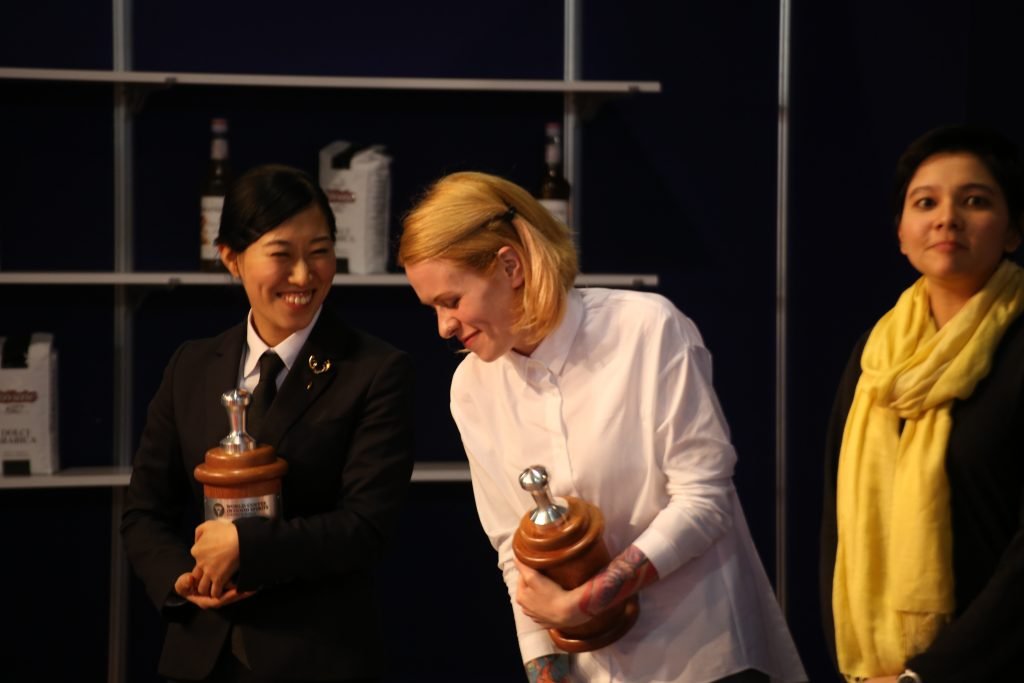 Natalia vividly recalls her first cupping session in 2011. It was a cup of Sumatran coffee. Upon tasting, she quickly exclaimed to her colleagues: “Oh wow! This smells like rain!” This almost sounds plausible when you picture a rainy tropical Sumatran landscape. The reaction from her colleagues proved otherwise. As soon as Natalia said that, her colleagues broke out in laughter and tried to explain that ‘rain’ is not a flavour description. But, in true Natalia fashion, she found that there actually is such an aroma called ‘petrichor‘ – one of her favourite aromas ever since!

That year, Natalia took part in her first barista championship, taking pride in the coffee she loved and getting very good feedback from the judges. This gave her the momentum to continue challenging herself and competing, reaching the finals of the Russian championships from 2015 – 2017. She eventually won the 2017 Coffee in Good Spirits (CIGS) Russian championships, a trophy that she really wanted after a tumultuous three-year journey of working towards it. Her well-earned victory landed her a spot at the World CIGS (WCIGS) championships.

At WCIGS 2017, Natalia turned heads with her Alice in Wonderland inspired presentation in the preliminary rounds. She recounts the terrifying moment when she performed for the judges in the semi finals. Not expecting to progress, she had not entertained the possibility of progressing to the finals. When her name was unexpectedly announced, she was both over the moon but also terrified. She knew she had done exceedingly well and could be proud of herself. On the other hand, since she had not prepared for the final stage, she knew then it was going to be a long night getting ready for the finals.

Natalia went on to place fifth. Seeing that trophy now reminds her that she should never underestimate herself and her skills. That’s a reminder to herself to always be ready for whatever lies ahead.

The artistic and accidental barista

For those who know Natalia Obruch through coffee, it would be strange to imagine how differently things would have turned out had she got her way back in the day. Natalia initially planned to get a degree as a cinema makeup and costume designer but was rejected as she did not have any art school experience. She simply enjoyed the arts as a hobby – music and concerts, playing musical instruments and more. In order to finance her hobbies, she had found a job as a tech consultant at a kitchen supplies store that sold DeLonghi coffee machines. Natalia worked on Friday evenings and weekends while she studied to be a cinema critic in Moscow. When the summer holidays arrived, Natalia assumed that if she knew the technical side of home coffee 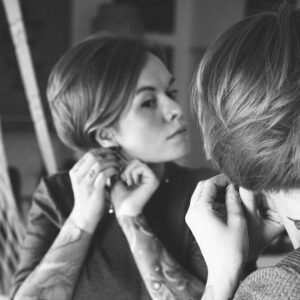 machines, she could do a professional job as a barista. What began as a holiday job ended up becoming her full-time occupation for 13 years and counting.

Initially, being artistically inclined, it was the latte art that attracted Natalia and “blew her mind”. Then she met people who were all about coffee mixology – which was something she saw as an art form as well. Hence, she stayed on in the industry. Natalia shares that it has always been about people, interactions and art: events, smiles, parties, sharing, creating, exploring. Coffee had opened up a whole new world for her and literally led her around the world to pursue her passion. She knows that no matter where she goes, which country or city she is in, she can always find people sharing the same interests as her. Her favourite part of her job is getting to interact with different kinds of people, sharing different views and opinions or just talking about life.

Being a huge fan of the arts, Natalia is now a makeup artist and she has come full circle to finally study costume design. She also does aerial yoga, high heel dancing, alongside physical training and being active in general. Plus, she loves taking her dog for walks!

Succeeding in an ever-changing age of information

Natalia has had her fair share of doubters throughout her career. In the face of negativity, she prefers to calm down and say to herself

“you’re doing it right and you’re gonna reach your goals”.

She embraces success as being able to do the things you love and sharing the love you have. Her motivation and inspiration lie in the idea that even if she feels down, “I am still on my way to create something beautiful out of my life and do something good for this world too.”

Sometimes she thinks the industry has changed too much since she started. There’s plenty of information everywhere online and offline about coffee, with too much information for regular customers and young baristas to simply get lost in it. It ironically ends up sometimes in a lack of knowledge as many people take to the first good idea they learn about and don’t explore other sources of information. It’s worse when the information they receive is a distortion of the original source. But on the other hand – for those who are curious enough and care enough to spend their time learning about coffee, Natalia proclaims that now is the right time, and now is probably the best time ever: “Never stop learning!”

Due to the current situation between Russia and Ukraine, we asked Natalia her thoughts on the events.

Natalia told us how she is disappointed that Russian baristas will be suspended from attending the World Coffee Championships run by the Speciality Coffee Association. However, she understands why this decision was made, she told us it wasn’t the right time, especially with the stress of current events.

“I always spoke the language of love, art, coffee and equality”

She very clearly stated she has no place in her for hate and she will continue being a loving person. “I’m looking forward to the better days”