From aeronautical engineering to coffee social media creator, this is Levent Öncü’s story.

After Levent graduated in 2006 he worked in the design of aircraft engines as a senior engineer and has been for the last 16 years. Then he decided to combine his love of coffee and engineering to talk about the engineering and science of coffee.

Before Levent was a home barista he had a similar relationship with coffee as many people around the world, one of limited knowledge and interest. Levent drank coffee when he was working, as many people do for convenience. At the time the coffee industry in Turkey was limited, with just Turkish and instant coffee.

The change for Levent came when he bought a plastic V60 in 2010 and then a glass one in 2011. He began to learn about many different types of coffee and fell in love with the industry, expanding to find speciality coffee roasters in 2013. After Levent developed his deeper interest in coffee he began trying 30-40 different coffees a month. To put that in perspective that is 360-480 coffees per year! As well as this he continued discussing the science behind coffee such as the design of equipment and the science of ratios.

”brewing coffee is a complex journey, it takes a lot of time to read and learn.”

The Creation of the Kahve Masasi (Coffee Table) YouTube Channel 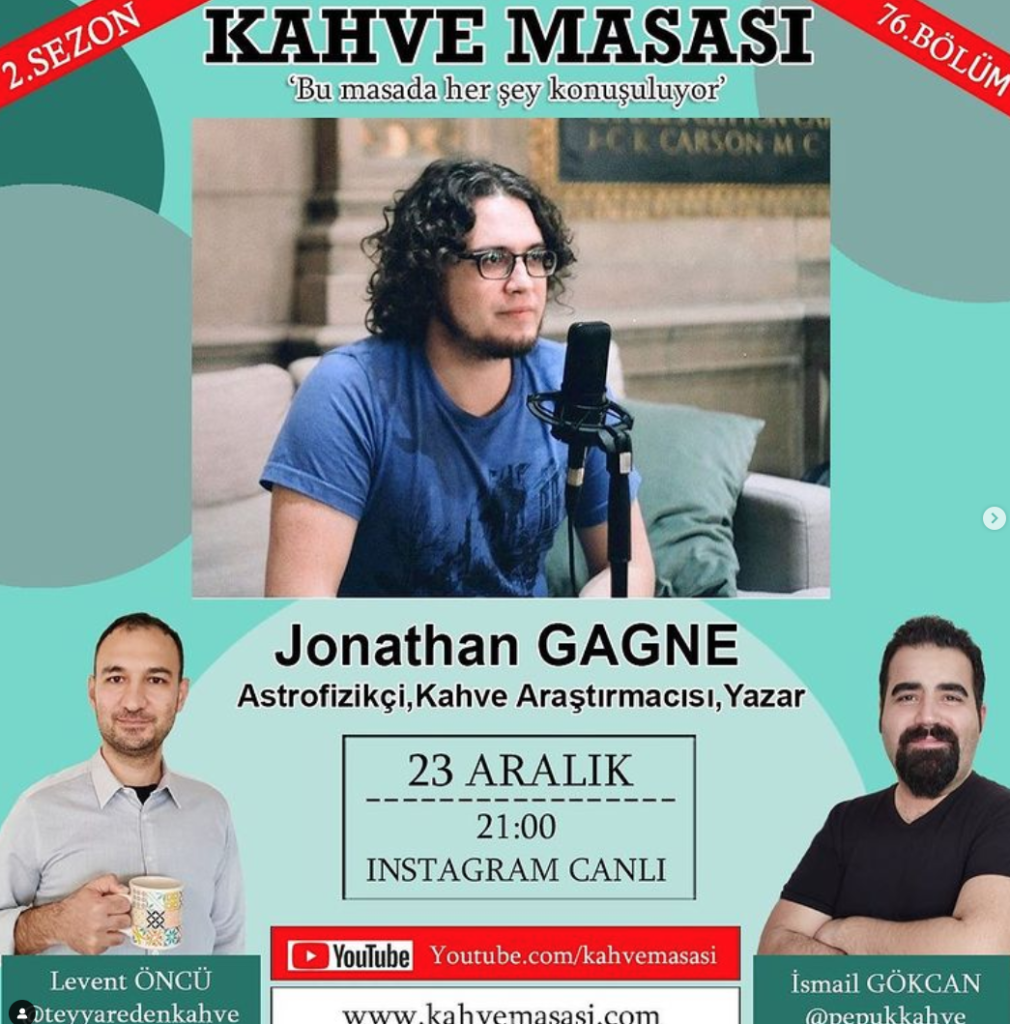 Kahve Masasi by Levent and İsmail, Episode with Jonathan Gagne

Levent then went one step further and created a YouTube channel featuring a podcast with his friend Ismail Gökcan. Similar to his Instagram the aim is to spread awareness and knowledge. He currently has over 80 episodes where he listens to the coffee community and responds to needs as well as interviewing others in the coffee community. We asked Levent some memorable guests he has had and what guests he would love to have in the future. He told us that Scott Rao being on the podcast was a big moment and he made them believe that anything was possible. Some names that Levent would love to have on the podcast are James Hoffmann and Lance Hendrik who he admires and would love to have a deeper conversation with.

More recently, the coffee industry in Turkey has expanded greatly. In the last two years, the speciality coffee community has grown incredible amounts and there is a demand for different types of coffee and equipment. Before there was only one coffee grinder in the market, now there are all of them. With this, there is a massive increase in baristas.

Levent explained to us that there are positives and negatives to this. The positives are that people can experience better coffees and different types of roasting. The downside is that many are not well educated and don’t do it out of a love for coffee but to make money from cheap beans.

Levent described to us the current economic issues in Turkey and how it has harmed coffee. Many of Levent’s friends have stopped drinking speciality coffee and switched to cheaper coffee and have sold their equipment to make money. Importing coffee to Turkey has a lot of additional costs and the prices compared to roasters in other European countries are a lot more expensive.

For example, in Europe, a specific type of coffee may be 15 dollars (USD) per kg but in Turkey, it would be more than 20 dollars. This means businesses are needing to sell coffee at higher prices to be able to fund themselves but people can’t afford these prices. The further implications of this are there are reduced imports from other European countries due to the price and many are buying cheaper coffee in kilograms to save on price instead of, say, 25 grams.

Levent is not only helping the Turkish coffee community with education and by running the largest coffee forum in Turkey, but he is also helping them acquire coffee easier. There aren’t many coffee content creators in Turkey and Levent has used his platform for good and directly engages with many distributors and roasters in Turkey. When a new coffee or equipment is released Levent asks for a discount for the local community and acts as a “bridge between home baristas and distributors.”

We asked Levent some questions about his favourite coffee, brewing method and equipment. Levent, as many people do, likes using V60, as he loves using drippers but also enjoys using AeroPress. Manual gear is also something Levent enjoys as he likes the engineering aspect and because he has a strong belief that the equipment doesn’t brew the coffee, the barista does.

To end we asked Levent what his advice to homebrewers in 2022 is:

“Listen to all people’s voices and make your own selection based on that. You need to know what you like”

If you want to learn more about Levent Öncü you can visit his YouTube channel, forum and Instagram. You can listen to Levent Öncü’s story as told by him on his podcast episode, if you enjoyed reading Levent’s story you can visit our dedicated Coffee Stories page.