Today is the International Day of Charity. The United Nations General Assembly declared this holiday in 2012 with the goal of enhancing social responsibility and bringing people together in solidarity. The date of September 5th was chosen to honor the passing of Mother Teresa of Calcutta, who was awarded the Nobel Peace Prize in 1979. This day is a call to action for people all around the world to act on the humanitarian spirit that lives within each of us: to start giving and to keep giving. 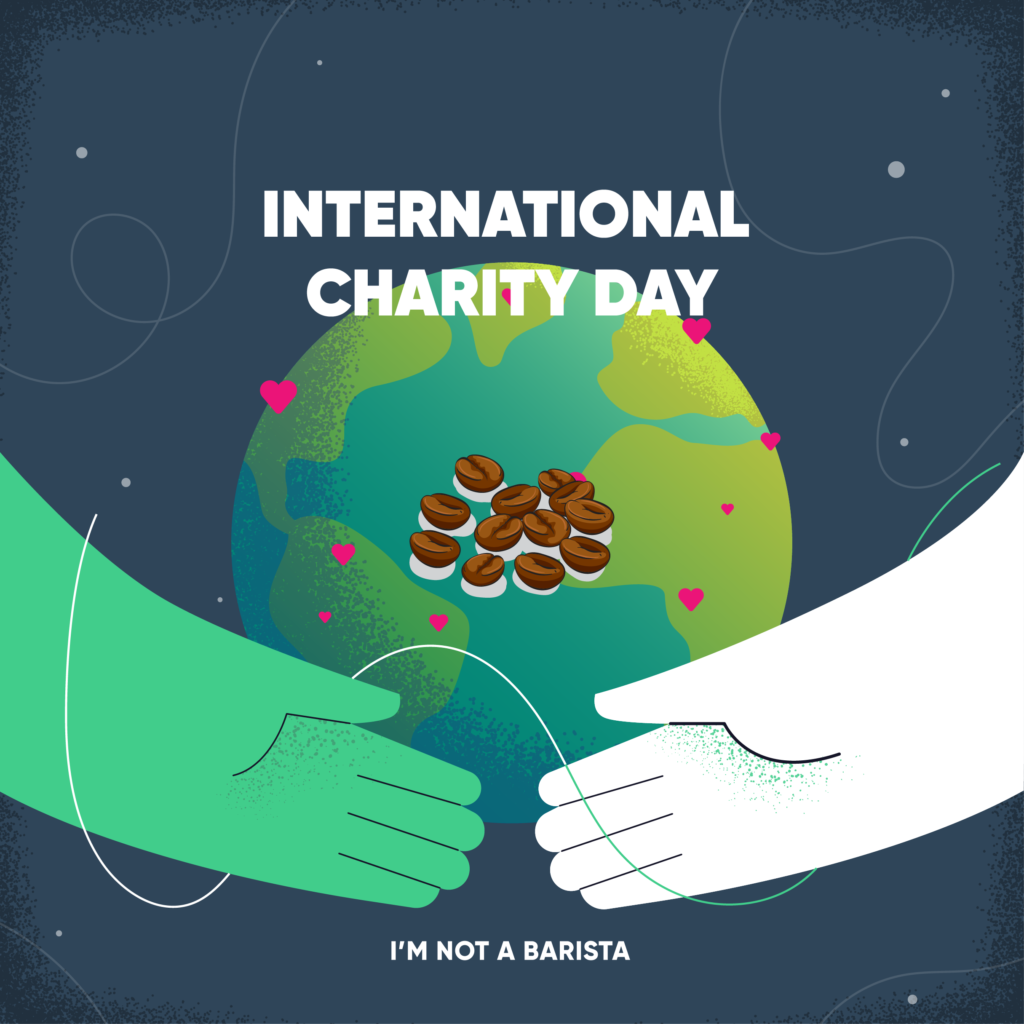 At I’M NOT A BARISTA, we understand that baristas are frequently neglected and underrepresented professionals. Our purpose has always been to assist underrepresented baristas and make a positive impact on the world. This holiday aligns with our mission: whether you’re a coffee lover, a barista, or a partner, you’ve played a significant role by joining our community, and for that we are so thankful. Let’s have a quick glance at our journey and how far we’ve come. 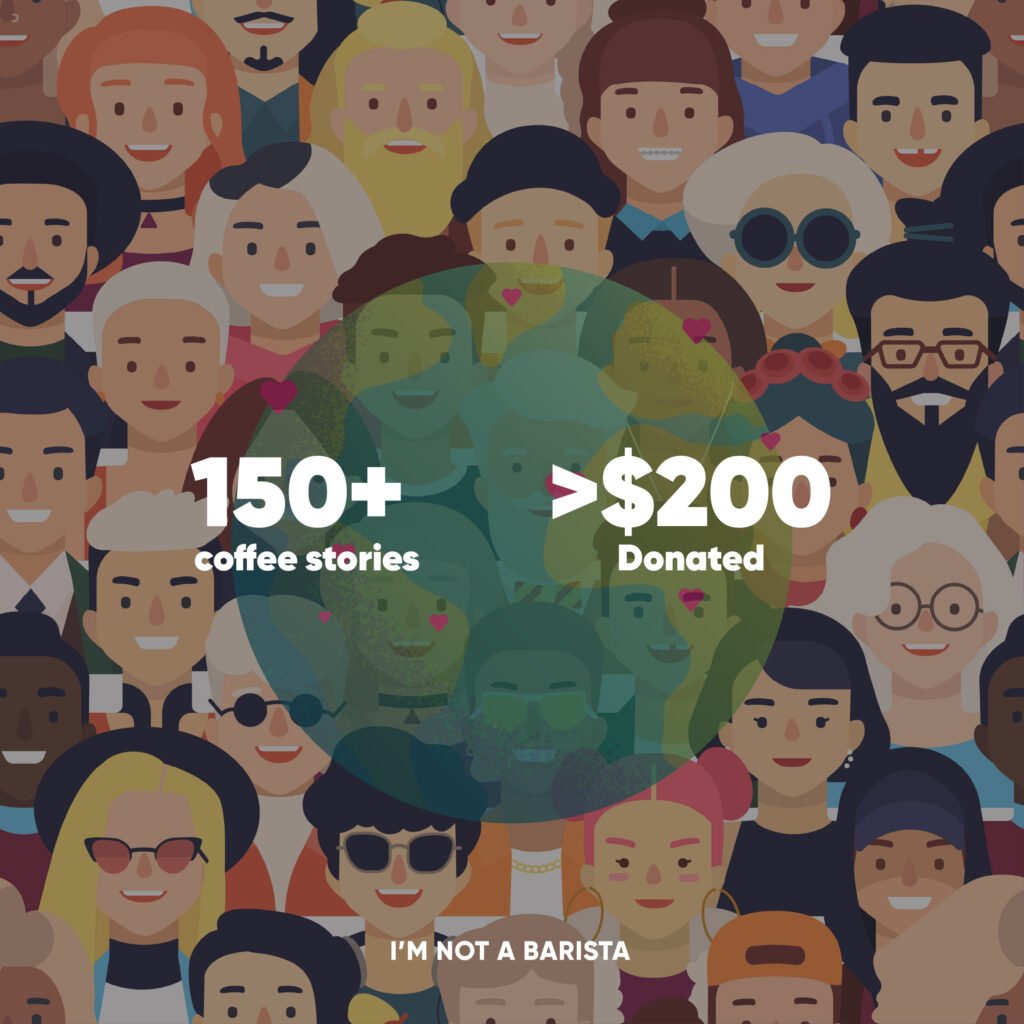 Throughout the past year, we published more than 150 Coffee Stories, learning about the obstacles that baristas have faced and how they overcome them, and the essential role that baristas have, representing the coffee chain directly to the customers. From the long hours, to the sometimes unpleasant customers and the often underwhelming wages, we know it’s not an easy job. Not to mention that a lot of them have other part time jobs to keep themselves afloat. To demonstrate our appreciation for their hard work, we’ll keep putting baristas in the spotlight and shining a light on their true worth. 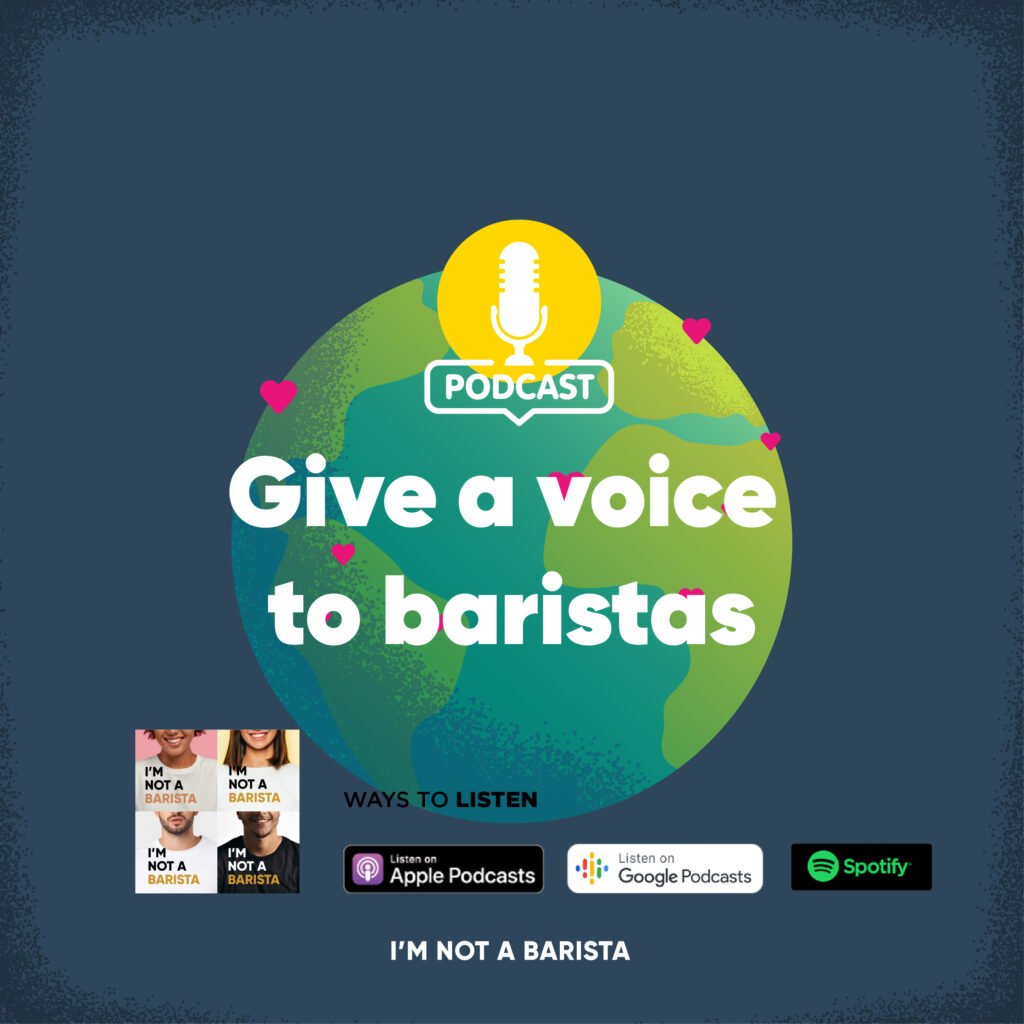 We started our podcast, with the first one broadcasting on the 6th of March. Since then, we’ve had the pleasure of hearing different baristas from all over the world, from Mexico to India. Hosting a podcast with such a wide variety of guests has given us the opportunity to amplify the voices of those behind the cup. 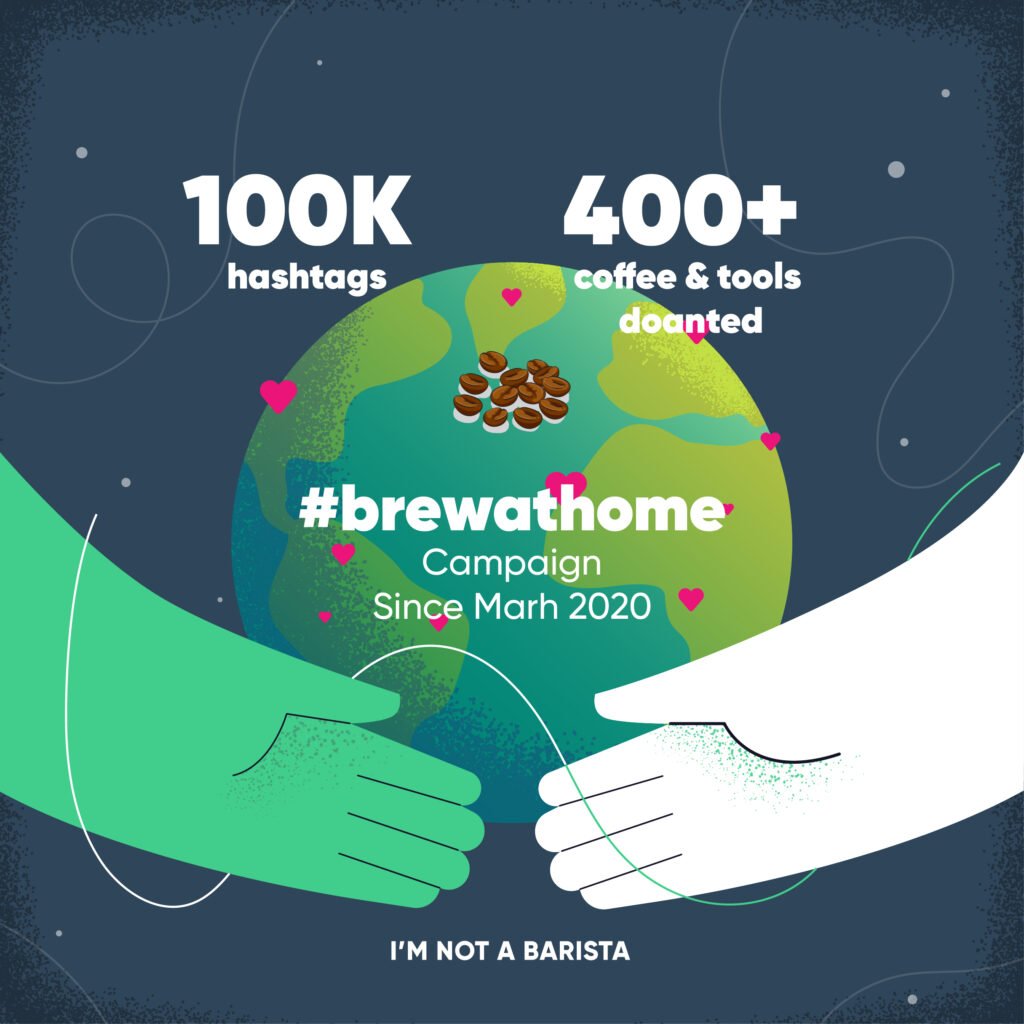 Once the pandemic struck, we launched the #brewathome campaign. We wanted to use coffee to bring people together. We also wanted to empower roasters, baristas, and coffee toolmakers by highlighting their work and encouraging everyone to buy coffee beans and tools to brew at home. With over 145 campaign partners and 400 coffee tools donated, we created a global platform where everyone could connect, share brewing tips, tutorials, and host online coffee events. 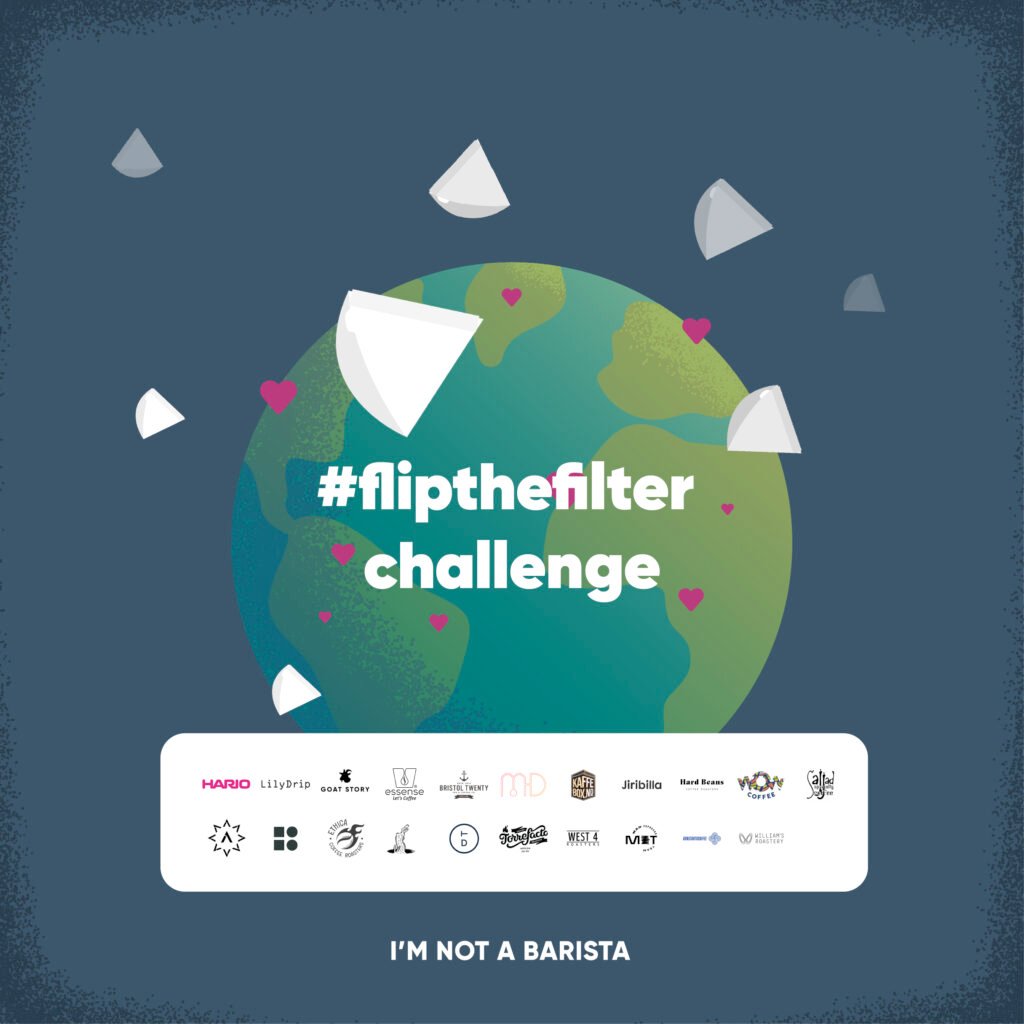 We also started the #flipthefilter challenge, with no requirements other than having V60 paper filters and being creative, a simple activity to take our minds off the pandemic and make the coffee community feel united. 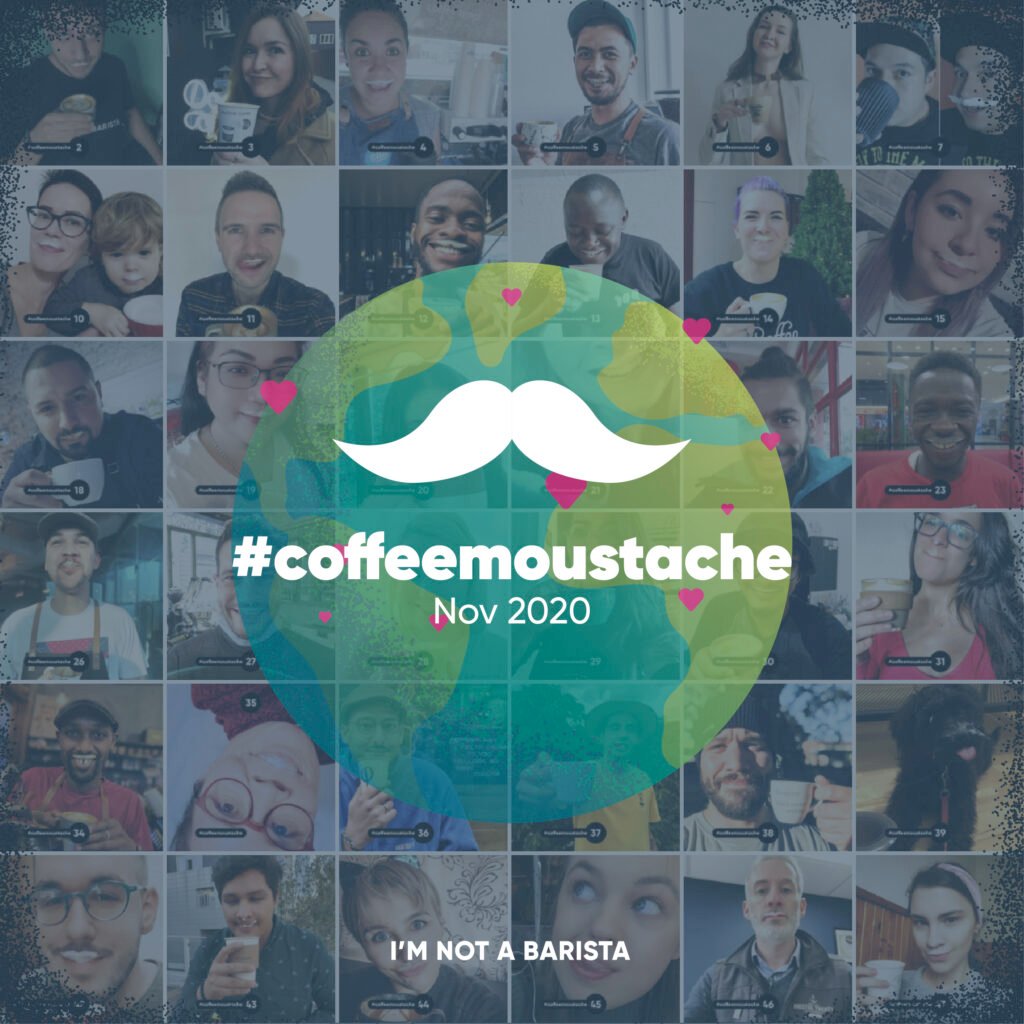 Our last project of 2020 was the #coffeemoustache campaign, a social media project which raised awareness about mental health issues that baristas can encounter. We wanted to put a smile on people’s faces, by asking them to send us photos of themselves with their best coffee moustache. Although silly, its purpose was to help people feel heard and laugh during what was an unprecedented period. 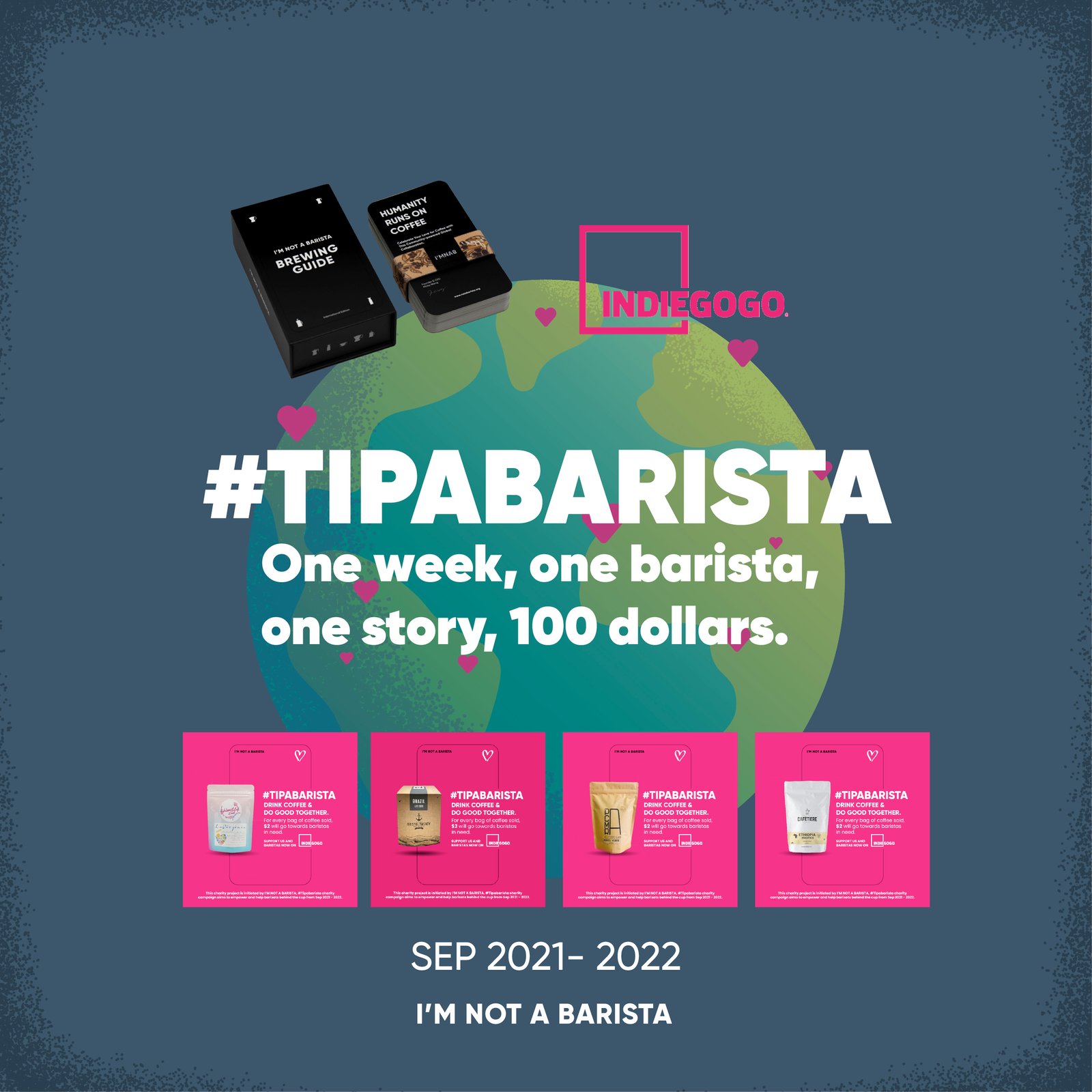 Today seems like the perfect day to promote #TIPABARISTA, our most recent charity initiative. Our goal is to express gratitude to baristas for their hard work and persistence during these challenging circumstances. We understand and appreciate their value as humans behind their job. In this way, we will donate $100 to a different barista each week and share their Coffee Story. Regina Begum (@shorthair_dontcare98) from Mumbai, India received our first contribution this week. Her passion for coffee was limited by her restricted access to coffee as a child in a girls’ home. Despite these challenges, she was able to integrate the Indian coffee sector and now has been working at Subko Coffee, a specialty coffee roaster, for almost four years. With more donations to come, we hope that we can continue to allow baristas to keep pursuing their passion and preparing our cups with remarkable dedication.

We ask you to join us on this journey by providing your support. You can help by making a small donation or by purchasing one of our coffee products, such as The Brewing Guide from our website or Indiegogo page. Any profit generated from these products will be given to a barista in need. You can discover more about our transparency standards and how we distribute funds by browsing our website. Any help makes a difference and is much appreciated.

Let’s do better together!

Are you a barista? Do you work with espresso machines?   In this very first podcast episode of 2022, we want to introduce you to a new coffee friend Geoffrey…
Notabarista
Articles
22nd December 2021

It’s that time of the year again, a time where we pause and reflect on 2021 for I’M NOT A BARISTA by looking at all of our achievements over the…
Vasileia Fanarioti
ArticlesPress
8th December 2021

A Sneak Preview at MOMENTEM: A Dual-Burr Handgrinder by I’M NOT A BARISTA

Shipping Notice: Due to the Chinese holiday, all new orders of Brewing Guide will be fulfilled after the 3 Feb 2022. Amazon the US works as usual. Dismiss