By Pippa Chatikavanij23rd July 2021No Comments

Regina Begum found that it was “not my cup of tea” and left to forge her own path in the Coffee world.

Meet Regina Begum, a Barista from Mumbai, India, whose passion is sampling and creating espressos of the highest quality. Despite the struggles she experienced while growing up in a Girls Home in Navi, Mumbai, she overcame the challenges she faced and broke into the Coffee industry and has now worked at Subko Coffee, a speciality coffee roastery, for over four years. 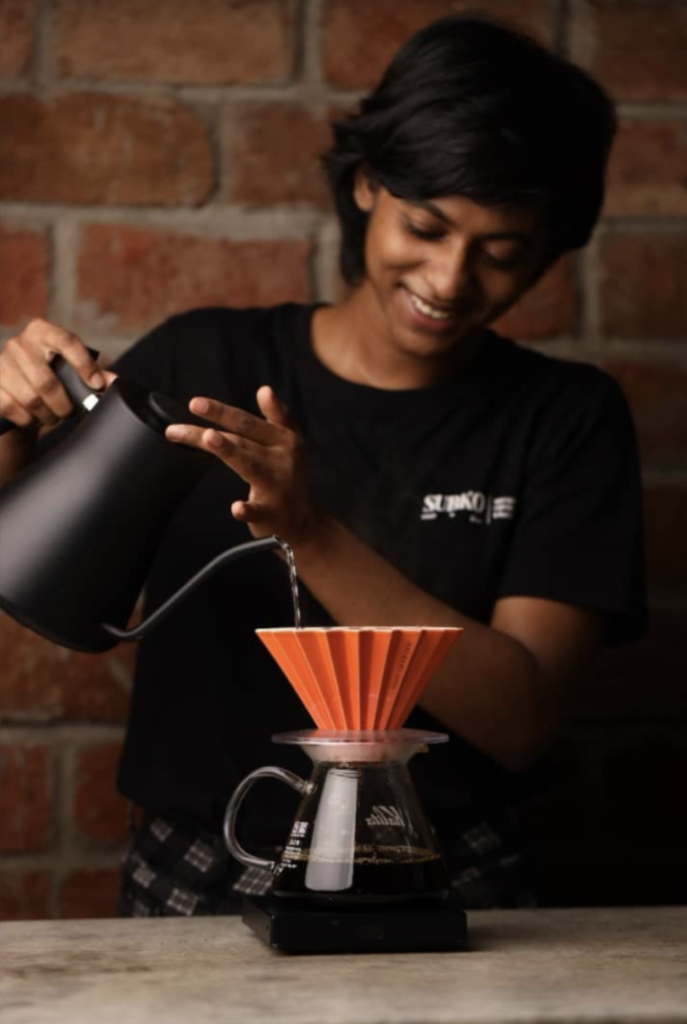 Regina has come so far, from Instant coffee to quality control at her roastery. She is proud of how far she’s come with starting with almost no coffee knowledge. However, like other baristas, she still worries financially, and every day she’s still

“Trying to survive and earn my daily bread”.

After her mum died when she was 6, Regina Begum was moved to an orphanage. Growing up in the girls home, her love for coffee was curbed by her limited access; she usually only had coffee once or twice a month. But the restraint piqued her curiosity into the world of coffee; she remembers experimenting with instant coffee as a child and thinking to herself that this is what she wanted to do for a living.

Her best memory of an excellent cup of coffee was a cup of Dark Colombian roast that she enjoyed whilst homeschooled at her guardians. To this day, she recalls that

“That was the best coffee I ever had”

Through the Girls Home, she was offered a summer course. Despite her hesitancy, she chose the Coffee course that was provided, which also guaranteed placement in the coffee world after. Regina completed her three-month training in Coffee theory and then trained at Starbucks for a month after. However, despite the course endorsing a job in the coffee industry, she was stuck with working as a retail executive for a whole leaf tea company. 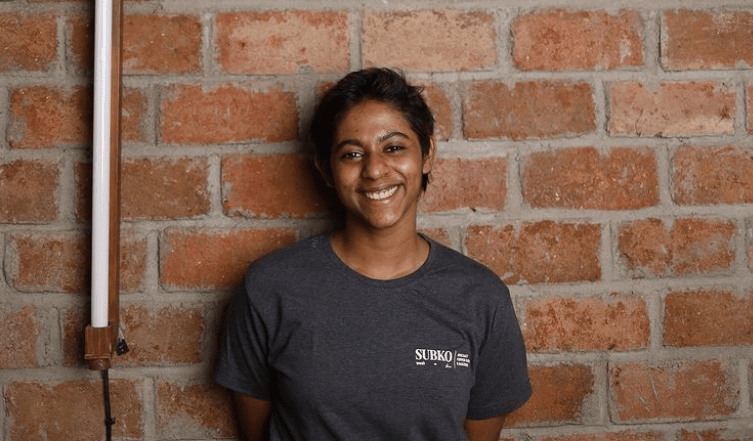 After sticking it out for a couple of months, she quit after deciding it was “not my cup of tea”. She then went out on her own and found a job at a local coffee shop, where she worked and learned about the art of coffee and techniques.

Unsure of her future, she attended a biblical course where she travelled through Nepal and Tajikistan. She described the course as enlightening and introspective. It allowed her to gain trust and faith in people; she recalls while growing up, she found it difficult to trust people.

After the course, she returned to Mumbai and needed to earn money fast to pay off her bills. She reminisced about a small café she visited in Nepal where she tasted Nepalese coffee, which drew her back into working with coffee. She has been working at @sukbocoffee ever since. Her high expectations and perfectionism have led to her specialising in quality control at the roastery, where she works primarily on cupping and sampling roastings. What a dream job!

Like many other baristas we talk to, Regina Begum worries about her financial stability. She doesn’t live lavishly and saves whatever she can. The pandemic exacerbated her situation.

She was kicked out of her apartment by her roommates because of health concerns while working at the cafe. One night she had to resort to spending the night at the cafe with all her luggage. Not only did the pandemic affect her living situation, but it also affected her mental health.

When we ask baristas their idea of success, most say recognition in terms of competition or money. But when speaking to Regina, she emphasised how much she values new experiences. Travelling through Tajikistan made her understand the importance of immersing in new cultures. So we weren’t surprised to find that when we asked Regina the same question, she said that she wanted to go to new places and to share her love of coffee.

She said that success to her is achieving one’s dream, “no matter big or small or if people take notice in your achievements, what’s most important is that you’ve fulfilled your dream and take pride in it.”  For Regina, her dream is to open up her own speciality coffee shop in an area that has not yet been exposed to the coffee culture.

We followed up and asked Regina about her dream of opening her coffee shop. She said that she was closer, but she still wants to learn and gain as much knowledge as possible,

“Someday when I am ready”.

We at I’M NOT A BARISTA cannot wait for that day.

We enjoyed talking to Regina about her Coffee Story and found her so humbling and appreciative of her journey towards the coffee world. We hope you were also moved by her story, be sure to check her out on Instagram @shorthair_dontcare98.

On her last note, she would like to remind everyone that,