Tanty Hartono is an inspiration to many for her passion and dedication to the coffee community. Despite not being a barista herself,  she is always striving to improve her knowledge and skill.

It is a testament to her commitment that she organises competitions, receiving great commitment and demand, which aim to inspire the coffee community. When asked how she has reached the position she is currently in, Tanty answered:

“It just happened, it was sparked by an interest”. 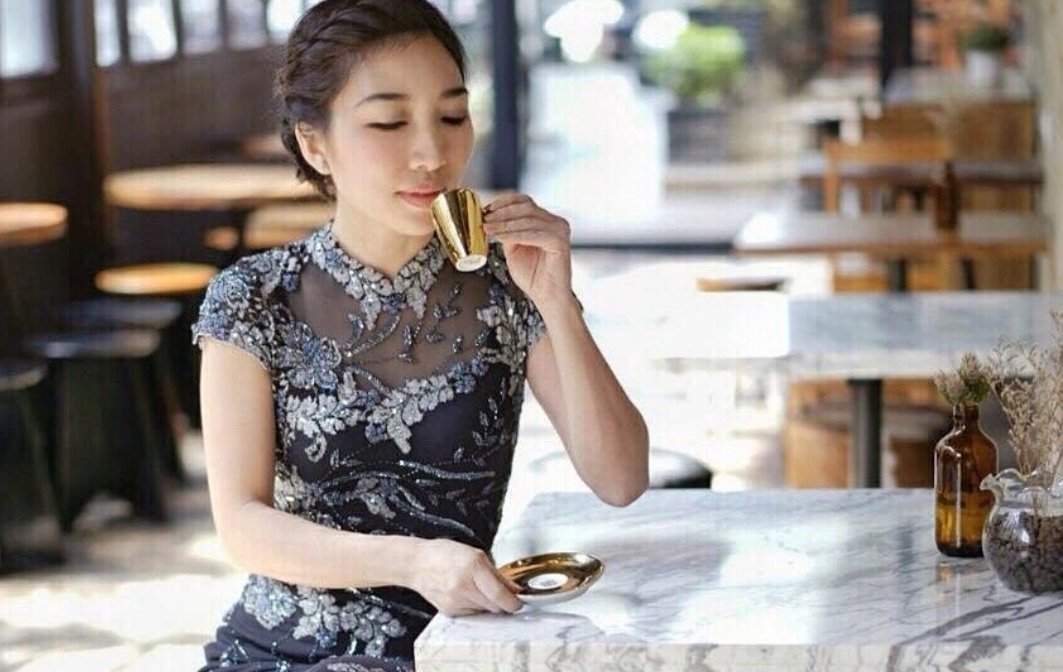 Tanty is originally from Indonesia but moved to Melbourne, Australia to study. She explained that whilst at university, her relationship with coffee involved mainly instant cups and she understood little about brewing and other types of coffee. Her journey with coffee started years after when she became fascinated by latte art. Gradually, her interest expanded and she grew to appreciate black coffee and the brewing process behind it.  Hearing her experiences of cultural expectations was fascinating; she was encouraged to stay at home in Indonesia and therefore returned there after her studies. Ultimately, whilst her aim was to lead a life for herself, she felt constricted by her familial expectations: she was going down a path of someone she didn’t want to be.

Despite these obstacles, Tanty’s love for coffee has never wavered. She discovered that whilst artistically appreciating latte art, that is not where her passion lies- it is rather in brewing and at the moment she wants to deepen her understanding of espresso. She explained that “learning something new makes me excited”. For her, coffee has become almost meditative and she utilises it as a calming presence in her life:

“It’s how I recharge my energy”.

Tanty’s life today is busy, sometimes chaotic but nevertheless fulfilling. She has three children and is currently juggling helping her youngest with school with her coffee ventures. Due to the hard work she has put in, she now has an unrivalled knowledge of coffee and an impressive network of contacts. Given this, Tanty and a few close friends, together, have established a project named “Home Barista Indonesia” which hosts an array of virtual events for all lovers of coffee. 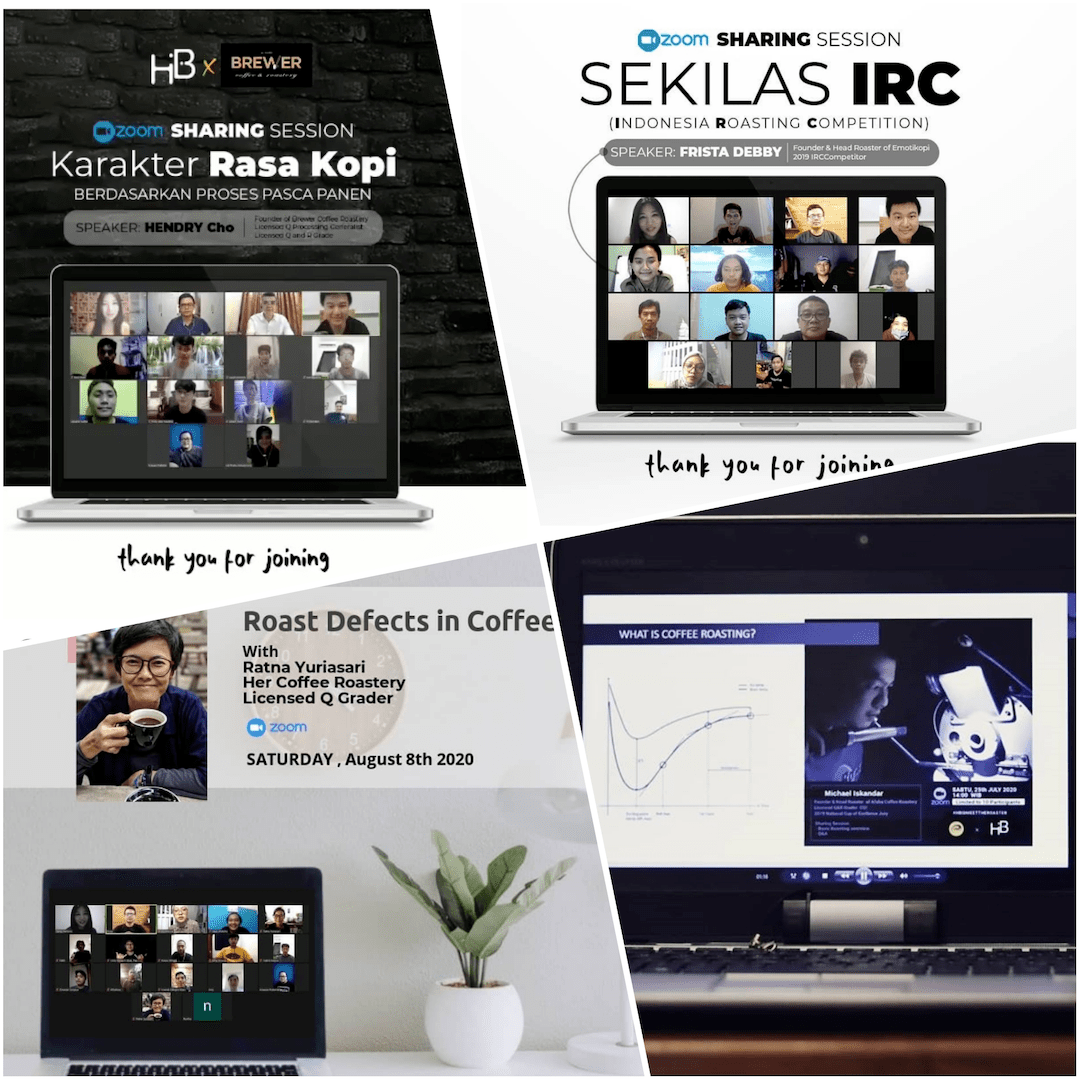 Tanty is conscious of the problems baristas are facing today, namely the hours of work that have been cut due to the pandemic. Moreover, this has caused great issues for farmers as roasters have reorganised agreements as a consequence. Given that farmers rely on domestic markets and roasters rely on the demand which is significantly down, all aspects of the industry are suffering.

In these difficult times, it has become clear that the coffee community is more important than ever.

In Indonesia, Tanty explained that the majority of people are not aware of the process behind coffee. This has caused even greater detriment for small scale coffee producers as the demand that does remain is mainly for large scale, corporate businesses. Many consumers just want coffee that is commercialised and helps to get them through their day- Tanty is a driving force for increased knowledge around specialty coffee- hopefully, this will increase awareness for small scale coffee producers and thus reduce the struggle they are currently experiencing.

When asked about future plans, Tanty explained some exciting visions for the next few years. She would love to host a brewing competition but due to current restrictions she is really enjoying channelling online opportunities for people to practice in what is arguably a less intimidating environment. Tanty is passionate about helping local communities and sponsoring individuals who are avid coffee lovers but otherwise would not have the money to pay for online courses. Currently, she uses funds every month to try and involve a variety of people. In this way, Tanty is assisting a community full of people all mutually trying to help each other.

Tanty’s message for the coffee community is clear: you should be involved because coffee matters to you. She emphasised that chasing followers and fame can be a dangerous cycle. For Tanty, this venture has never been about the money; quite the opposite it is about given back to a community she feels a part of.

There are, of course, challenges that come with playing such a prominent role in the community. Above all, Tanty notes that “time” is her biggest issue. As a busy woman, she is juggling many different projects alongside her personal life and can only wish for more time in the day! In particular, she puts a lot of time into sorting through scholarship applications; this is the testimony of the importance she sees in choosing the right individual, as these opportunities can be transformative. Whilst such challenges can be tedious, ultimately the benefits supersede them. For example, she spoke of how wonderful it is to see people from all over Indonesia start to get involved in the coffee community. From individuals on smaller islands to the farmers, Tanty highlighted this chain effect she has witnessed.

“We hope that we’ve done something that has had a positive impact, even for a few people”.

Overall, Tanty’s philosophy is simple; as is stated as the description for Home Barista Indonesia, she is,

“trying to fill with kindness and hope through a cup of coffee”.

Everyone can learn from this mentality as more than ever we can revel in the beauty of the process behind each cup of coffee and through this empower a community of people who share a positive vision of hope for the future.