How can we make the coffee industry more inclusive and accessible? 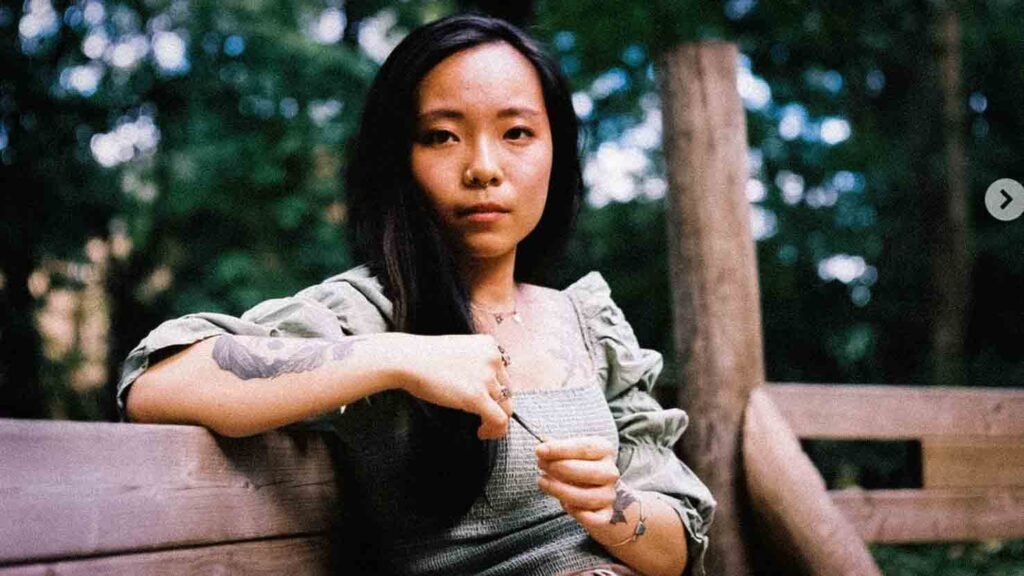 For Sierra Yeo, the barriers to growth have long been a frustrating source of motivation. This stems from her experience as a barista, being barred from upskilling opportunities and access to resources. She was made to feel her opinions were not valued, with little being done for staff welfare at a toxic workplace she has since left behind. At that point, she was on the verge of turning her back on the industry, one that she had grown to love.

Eventually, through consulting her peers and reflecting on her motives, she redirected her resentment towards creating opportunities. Sierra Yeo cobbled together a list of contacts and, not expecting much, organised a launch party for her new project on feminism and equity in coffee. On that night, around 60 people turned up to show their support – people who resonated with her purpose and felt represented. Sierra then realised that people did care and that she was not alone in her experiences.

This fuelled the formation of The Kore Directive in January 2019, where Sierra and her team run events that focus on inclusivity and accessibility. Some activities include a women-only workshop for machine maintenance and an intimate cupping session called Bring Your Own Regular where any barista could bring two of their regulars to have deeper conversations with them. A highlight has been an incredible sensory session on deconstructing the flavour wheel. Sierra explains that this was a process of providing accessibility to people who were brought up on food cultures and tastes that are not represented in the current popularised version of the wheel. After all, the taste is subjective, and the best a sensory coffee professional could do is to “taste everything” – advice from 2017 World Barista Champion Dale Harris. 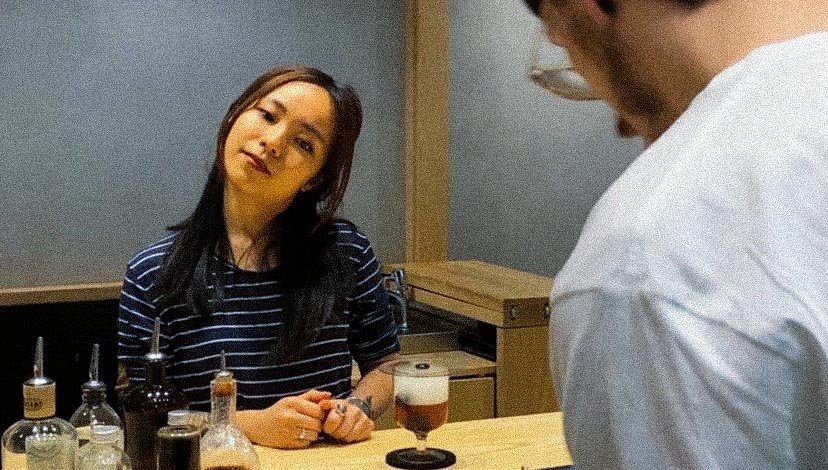 Beyond exploring new flavours in Arabica coffee, Sierra also wants us to look at robusta in a different light. It has always had a lesser reputation compared to arabica, however, consuming either can be wholly different experiences depending on the application, as well as your own individual flavour vocabulary and subjective experiences. In her native part of the world, robusta plays a big part in fuelling morning routines. Especially in Singapore, where she spent her formative years, this takes on the form of Nanyang kopi (‘kopi’ being the malay/indonesian word for coffee). There is a whole lingo to ordering the drink, a mish-mash of the many dialects and languages spoken by the diverse citizenry.

When Sierra Yeo went back to Singapore for a few months at the end of 2020, she was relieved that the concept of the kopitiam (local term for ‘coffee shop’, derived from ‘kopi’ and ‘tiam’ which translates to ‘shop’ in the hokkien dialect) was left untouched in a city where familiar spaces can change all too quickly. Being able to go back and drink that again brought her back to when she was growing up. What did change was the speciality coffee scene in Singapore, which she says has gone through a “mindblowing” period of growth in the last five years. Many baristas and coffee professionals have started to open their own shops and it has been a real joy for her to see the scene grow so quickly.

Read Sierra’s detailed exploration on kopi, the ubiquitous local variant of coffee in Singapore and the region.

kopi, the ubiquitous local variant of coffee in

Sierra Yeo has always had a passion for writing and languages. When she was 19, she wanted a change in scenery from the small city she grew up in. She headed to the UK to pursue her university studies where she read a bachelors in linguistics. That’s when she turned to coffee as a way to pay the bills. She had never drank coffee quite as regularly prior to being in the UK. Two years into being a part-time barista alongside her studies, she found that she really liked interacting with people and enjoyed coffee as a craft. After she graduated, she decided to make coffee a career. As she reflects on that decision, Sierra shares two main learning points. Firstly, it was naive to think she could be a career barista, as the low wages would not suffice unless it was in a place where coffee commands a higher income. Secondly, she had to contend with how that decision played out with the people in her life. 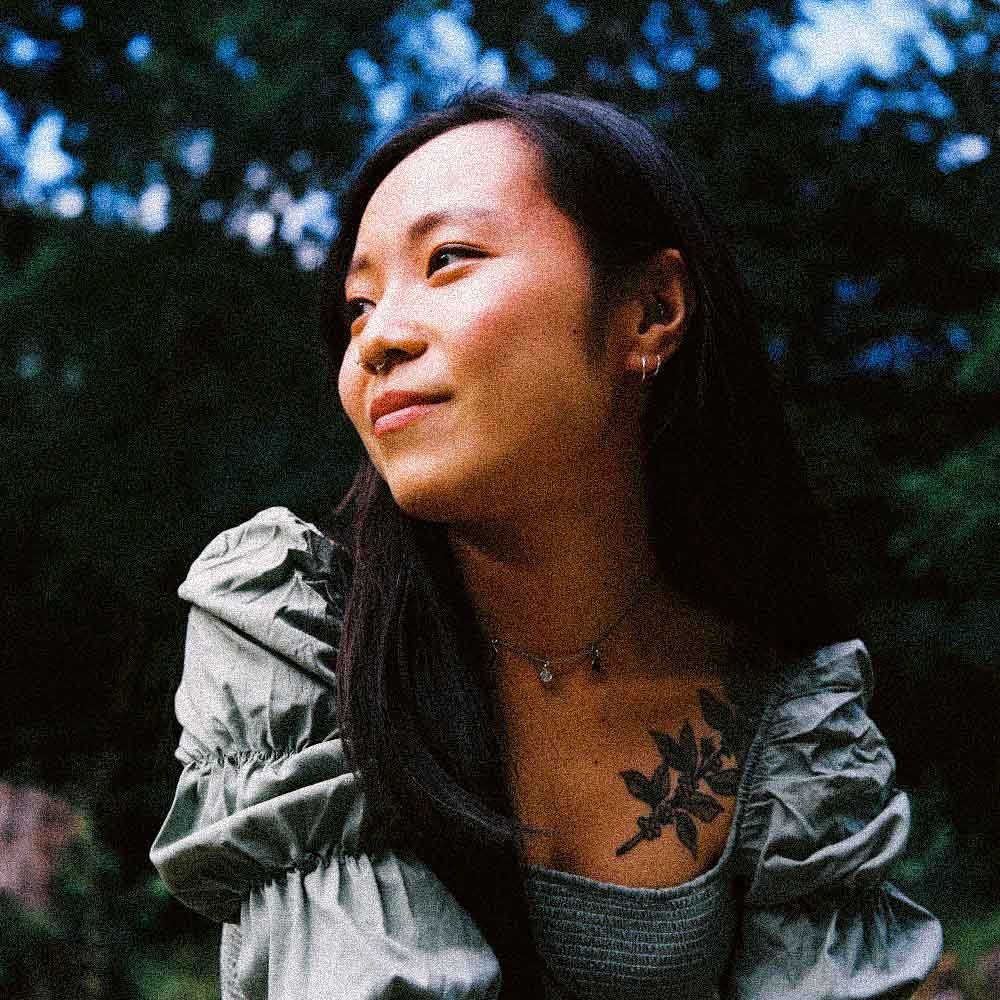 When she broke it to her mother that she was going into coffee after graduating, it took a lot of explaining on her part. The likeliest of Asian parent stereotypes is probably being able to match up to their expectations, and this was nothing like mum ever imagined. As the eldest child, this was amplified to a greater degree as she was culturally expected to toe the line and be a role model for her younger sibling – a ‘good example’ that a parent would approve of. While Sierra continued taking on coffee jobs and progressed to a managerial role, her family did not see that as a ‘real job’. This attitude is especially common towards those in hospitality, as such roles are traditionally thought of as being temporary. Whenever her older relatives chimed in to ask when she was going to get a proper job, she had to go on and explain that it was, in fact, her chosen career.

For her first four to five years in coffee, this remained the case. The turning point came when she began to write. She figured she’d always been good at it, so she began to write for Perfect Daily Grind before moving to broaden her portfolio to include Barista Magazine, SOLO Magazine and more. Sierra packaged all the publications she had ever written and sent them to her mother back in Singapore. That was the point when her mother changed her opinion and told her to keep going. It did not matter that writing was in fact Sierra’s side gig to her coffee job – her mother had reconciled the fact that she was putting her degree to good use and not wasting all the money spent on that.

Today, as Sierra goes about her role as the coffee specialist at Alpro UK, she gets by with the reminder of home comforts. Her favourite recipe to brave the chilly weather is a comforting bowl of soup –  her grandmother’s recipe passed down through her mother. It’s a hearty and flavourful stock of chicken and gourd that warms the soul, with a hint of nostalgia. Her daily schedule is hardly ever the same, having to attend workshops and represent Alpro at competitions and events. As busy as it gets, still she finds her job to be the best of both worlds – merging her experience as a barista with an exciting opportunity to give advice to clients on how to integrate the latest Alpro products into their offerings. 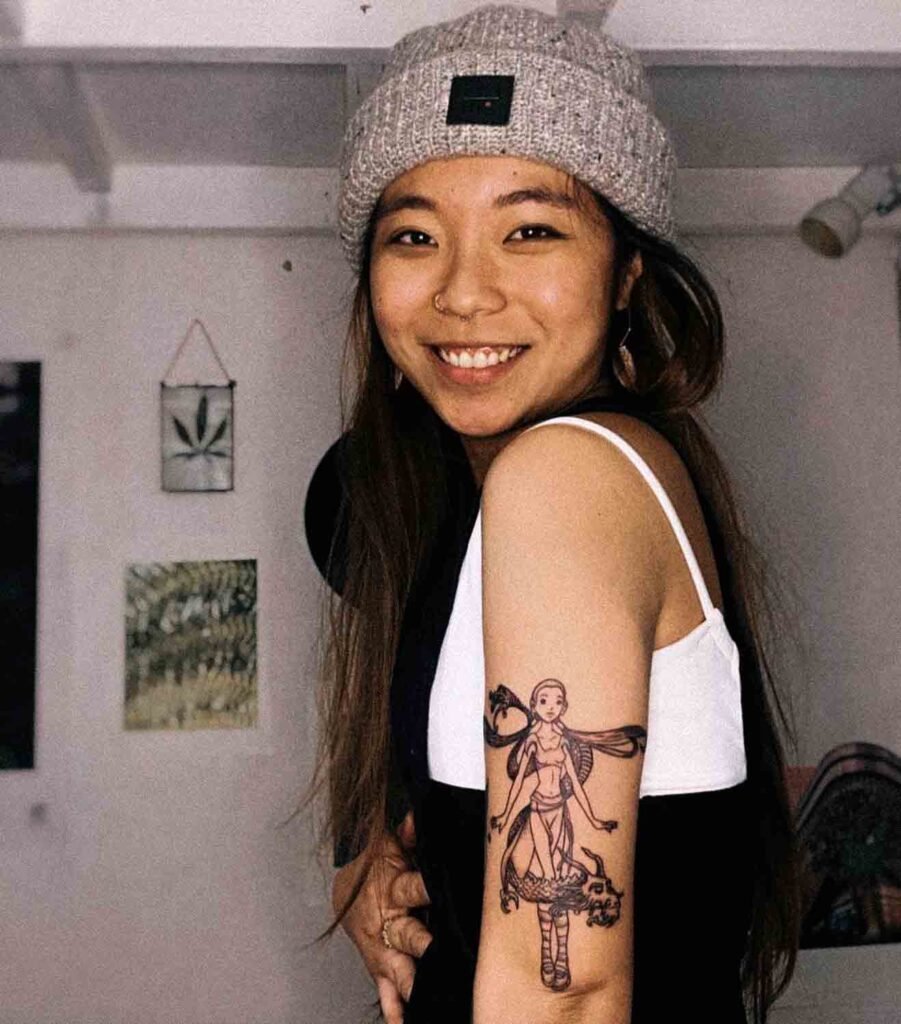 After spending the last eight years in coffee, Sierra is primed to lead a push for change at a time when the industry is at its most malleable peak. Coupled with disruption to businesses due to the pandemic, there is also overwhelming demand to switch from traditional milk options to plant-based alternatives. All these, and Sierra’s determined to level the playing field for equal representation and fair opportunity throughout the industry. It sounds like a mountain to climb, but after all, her name accurately illustrates the gravitas she brings for the work ahead. She does it in the comfort of her cosy abode in London with her black cat Salem (yes, fans of Sabrina, exactly that), Larry the espresso machine and her trusty Melitta Aromaboy that makes the batch brew that powers her through the day. It’s a trusty crew that any coffee professional will adore.

Above all, Sierra wants to be remembered for the things she has advocated for, especially diversity, equity and inclusion (DEI). She has seen first-hand how her activism benefits and uplifts the people around her. With the continued support of the coffee community, this feeds her purpose to carry on with the good work she has done.

For aspiring writers, listen to the podcast later to get Sierra’s tips on how to make writing your side hustle.