Covid-19 has impacted so many people around the world and for some, has changed our lives completely.

For many of us who have started working from home due to the global pandemic, the little things in life that we take for granted now suddenly hold so much more significance. Take, for example, your daily cup of coffee. No longer able to get your daily cup of joe from your favourite cafe or coffee shops, many of us have turned to brewing our own cups of coffee at home and in the process, discovering a newfound love for coffee that we did not think we had. In Pack’s case, for example, it saved him. 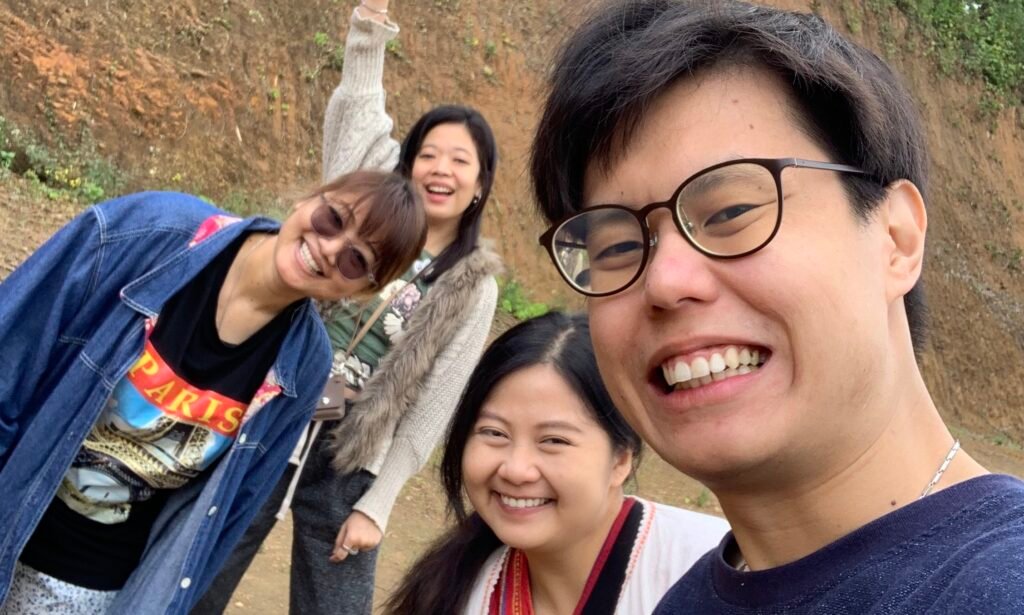 Pack Katisomsakul (right) with his friends

Pack Katisomsakulck did not initially plan to get involved in coffee. A co-founder of SNEAK, a virtual based trip planning platform, the pandemic literally put the travel industry, including Pack’s plans for his digital company on hold. But salvation came in a bag of whole coffee beans that was sent to him by a local coffee farmer. With no equipment, tools, or even a basic guide as to how to begin to turn whole coffee beans into the drink we all know and love, Pack decided to roll up his sleeves and get to work.

He initially thought it would be nice to make a mocha latte with the coffee beans. However, after a Google search showed that he needed an espresso machine, he thought,

More in-depth research revealed a method of making an espresso shot with a French press. And surprisingly, even without the “proper equipment”, Pack experienced a sweetness and sourness in coffee that he had never tasted before.

That day, he discovered that coffee, prepared with love and care, could have no bitterness. It was one of the best coffees that he had ever had in his life and it inspired him to start his coffee journey. From that very first bag of coffee beans, Pack knew that he wanted to be able to spread the word about Thai coffee and be part of the growing movement and development of coffee in Thailand. We all know the big coffee countries such as Brazil, Colombia, Indonesia, and Vietnam but did you know that Thailand grows and roasts coffee beans as well? 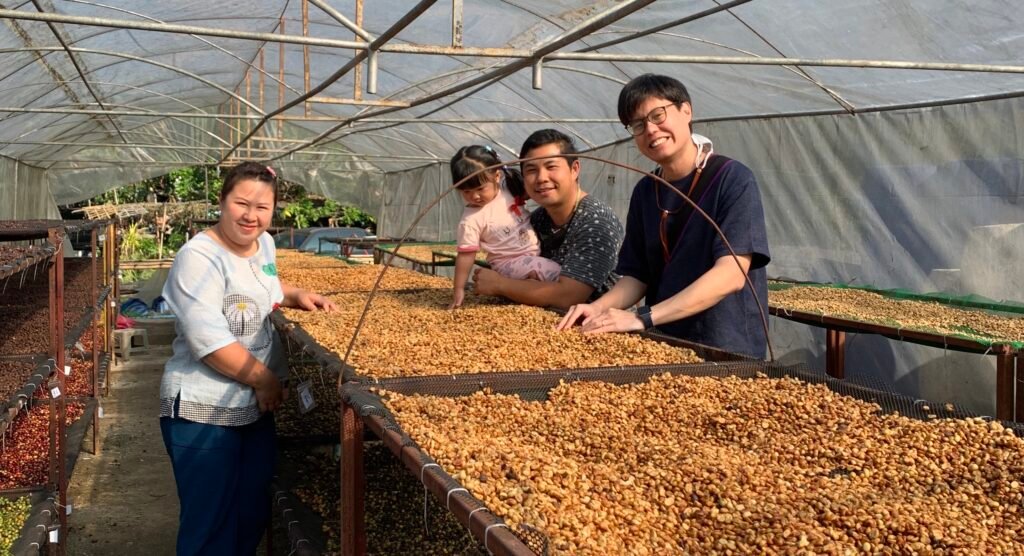 Pack Katisomsakul is enthusiastic not only about Thai coffee but also about sharing Thai coffee with the rest of the world. It was difficult in the beginning as during the pandemic, there was no income as his travel company was on hold. However, he started small by investing in what was at the time, just a hobby. Seeing that there was no one importing coffee brewing equipment, he started pre-ordering coffee making tools such as the Pakt coffee kit to Thailand. It was a difficult journey of pre-ordering equipment to Thailand and then learning to sell these tools and promote the use of different coffee equipment to the local coffee scene.

Over time, his efforts paid off. In the last 2 years, Pack is proud to say that thanks to coffee, he has managed to not only survive the pandemic but also pivot, career-wise, into a burgeoning coffee business that he has named “50 Milk Street.” Having taken off on Facebook and Instagram, he also sells more than 300 orders of coffee tools and equipment on a monthly basis. 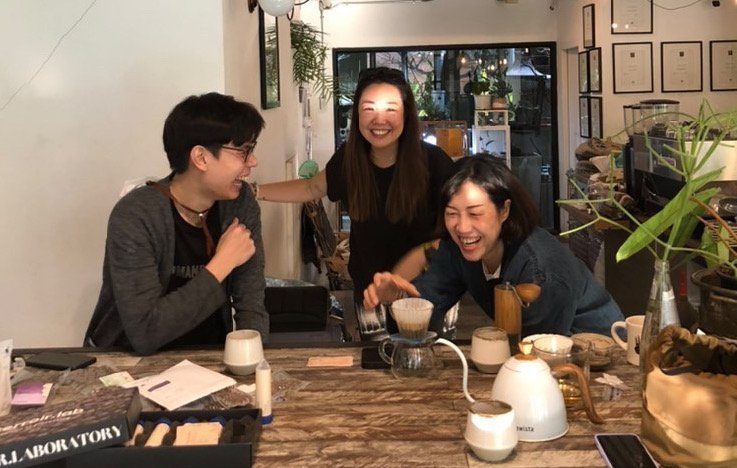 Pack Katisomsakul with his friends

His dream is to be able to make Thai coffee internationally known and to share this with the local coffee farmers. He was very motivated by a coffee farmer who said that coffee changed his life and allowed him to fly from his rural community to go and see the city of Bangkok.

Pack wants to be able to share similar opportunities with the rest of the Thai coffee farming community and also allow them to improve their quality of life through coffee. He would also like to be able to bring coffees from other countries into Thailand so that people can also experience the wonders of coffee beans grown from all over the world. “It may sound crazy,” Pack says,

“but I dream of being able to help South East Asia by increasing the region’s GDP by 1%. I know that I need to make a huge impact and I believe that coffee is the right direction to go towards. The more I can export coffee from this region, the closer I get to my goal.”

What an inspiring goal that is too! Pack get his inspiration daily from people around him and when asked who he would like to name, he credits Gabriel Carol @iamgabrielcarol (a barista and coffee roaster who showed him the ropes about coffee and its varieties, Billy @billy_akhaza.coffee (incidentally, the farmer that sent him the life-changing bag of coffee beans,) and Lalida @auan_lalida (who is a coffee expert and educator) who taught Pack about coffee and the sensory experience.

One of the challenges that Pack is working on currently is to be able to diversify the coffee culture in Thailand. As a country that produces its own coffee, Pack wants to encourage people to be able to try different coffees as well as present local Thailand grown coffee beans. This has culminated in a project called “Brew Box“, where Pack pairs a local bean with an international coffee bean. It is to help highlight and showcase Thai coffee beans and the quality that a local coffee bean can bring to the international coffee scene.

As a busy man, his day revolves around writing content for coffee, sharing coffee stories on Facebook, and creating coffee geek and lifestyle culture content for Instagram, all the while running his cafe business. His workday is usually filled with team meetings and task delegation duties. But his favourite part of the day is to brew himself a coffee in the afternoons. This time is for himself to relax and enjoy, experiencing different local coffee varieties and flavours. He would usually brew three to five coffees and would even brew one type of coffee beans but grind it with three different grinders to see what produces the best coffee flavour!

Pack is also a very sociable character, stating that people are more than welcome to come by in person and say hi. He continues to look forward to being able to share Thai coffee with people from all around the world once borders open and show them how good Thai coffee is getting.

Since the world is still largely locked down, we asked Pack if he would share a favourite coffee brewing recipe so that until the rest of the world can show up at 50 Milk Street, we could have a taste of his coffee in our own kitchens.

Typically finish brewing at 2:00. A very bright coffee and a tea-like mouthfeel.