Coffee runs in Juan Angel Welchez’s veins. If anyone was destined to go into the coffee industry, it was him. To him, coffee is more than a drink; it is a connection, a bond. This love of coffee began with Juan’s grandfather, making him a third-generation Honduran coffee farmer. 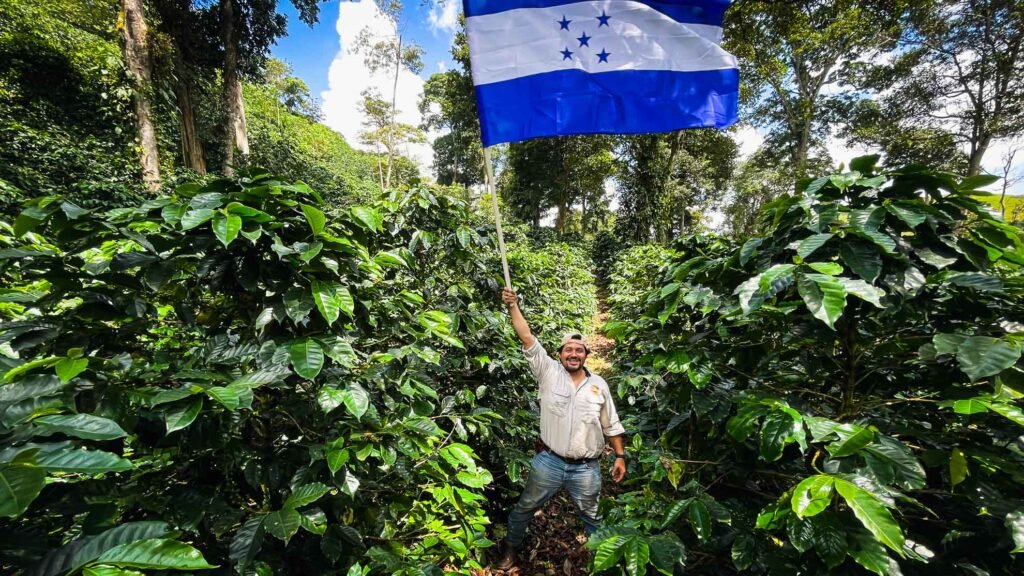 “I remember [my grandfather’s] passion for our farm and how he’d travel every single day to do what he loved the most.”

After Juan turned fifteen, his grandfather passed. Although this was a terrible loss, Juan said, “Something inside of me clicked right away.”

Similar to his grandfather, Juan was fascinated by animals, nature, different climates, and anything that could be linked to science. He was never interested in the things that all his classmates liked. While his classmates were watching their favorite fútbol teams, Juan was watching the Discovery Channel.

“I wanted to be a coffee farmer to keep my grandpa’s legacy alive.”

In January of 2010, Juan Angel Welchez enrolled in El Zamorano University, a famous agricultural school in Honduras. Juan was quick to realize that El Zamorano was so much more than attending classes. The first year was solely labor work. Juan had to clean entire cattle fields of weeds with only a machete. He was required to hand-harvest corn. He was assigned to work in a livestock factory. This allowed him to learn every step of the agricultural industry in intricate detail. By his second year, Juan was working in specialized jobs, such as processing fruits and vegetables into jams, marmalades, and sauces. By his third year, Juan had to choose one out of four different degrees: Food Science, Agricultural Engineering, Agribusiness, or Environmental Science. After much contemplation, Juan realized,

“If I wanted to become a successful coffee farmer, I would have to learn and know how to improve my coffee shrubs and the soil around them.”

Thus, he declared his major to be Agricultural Engineering.

Following graduation, Juan was fortunate enough to land a job at Finca Santa Isabel Estate. Now that he was thrown into the real world, Juan quickly realized he had so much more to learn about the coffee industry. During his first year at the farm, Juan started doing labor work once again. It was at this time that Juan got acquainted with Luis, who is now one of his coffee mentors. Luis was hired as the head cupper of the farm. Under Luis’s wing, Juan learned a ton about cupping and the food science behind every cup of coffee. 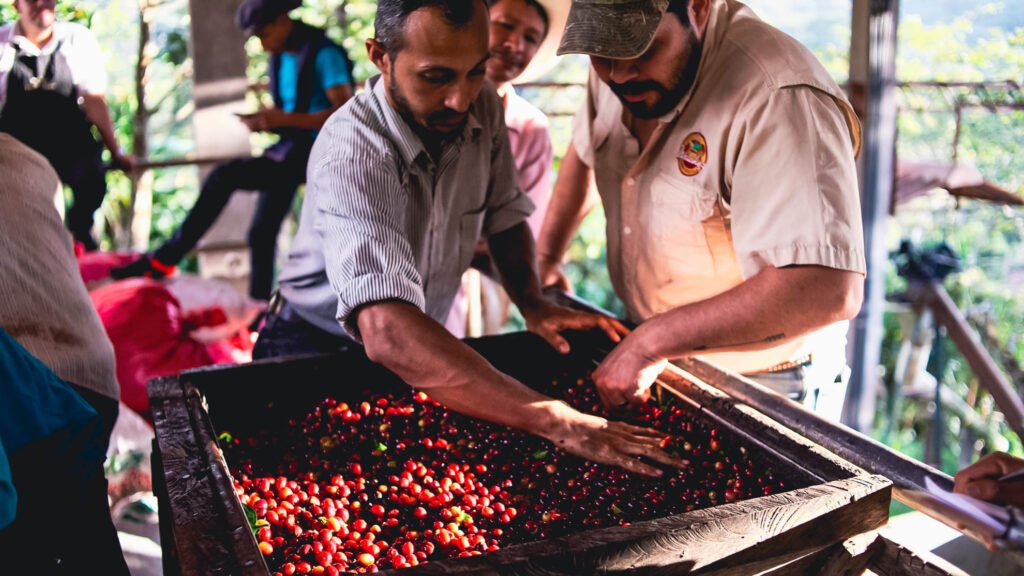 At the end of 2015, Juan went back to school for a master’s degree in food science at Universität Hohenheim in Stuttgart, Germany. Although food science sounded fun in theory, Juan found it to be rather dull in practice. Therefore, he decided to switch his major to Crop Nutrition and Protection. While Juan studied in Europe, he made it a point to go to as many SCAE shows as he possibly could in order to gain more knowledge about the coffee industry that he necessarily would have never known had he not ventured beyond the farming process.

After wrapping up his master’s program, Juan returned to Finca Santa Isabel Estate and began to work as the Operations Manager for the entire farm.  Although his official schooling has come to a close, Juan is still learning every single day. He is constantly reading and learning about coffee in order to stay on top of his job. He also took some courses on coffee cupping. He said,

“I ameliorated my skills and truly matured my senses to help me better understand such a complex drink.”

It was at this point in his career that the Covid pandemic began. With time to spare now that everyone was staying inside, Juan discovered a new hidden passion of his: writing. Rather than waiting for the pandemic to end to continue his work, Juan—with the help of his amazing wife—created a blog titled “The Cupping Farmer.”

Through Juan’s posts, he was able to connect with others who had the same passion as him. Despite Juan’s current success with his blog, in the beginning, he even hesitated on starting a blog. He admitted, “I was always afraid of exposing myself to the world.”

However, his fear did not stop him. Through sharing his passion for coffee, he discovered that there were tons of people across the world who could educate him about the coffee industry, just like he was educating them. It was an exchange of knowledge.

After nine years in the coffee industry, Juan is still trying to accomplish his goal: to be more well-known in the coffee industry in order to give a voice to all the Honduran coffee farmer families. Juan is striving for coffee equality. He wants coffee farmers to get the recognition they finally deserve. He is hoping that in sharing his story, he can be the voice for the

“102,000 Honduran, coffee farmer families and all coffee farmers around the world because…they are never noticed and they do so much for this amazing and beautiful industry.”

There are so many people within the coffee industry who deserve to be recognized. Juan is spearheading that movement.

While Juan is constantly striving towards his goal, he is also making other accomplishments. Currently, Juan and his family partnered with an NGO called Hope Builders. Through Hope Builders, they donated a plot of land and helped build twenty-nine houses for the families on their Finca so they could have a better quality of life. 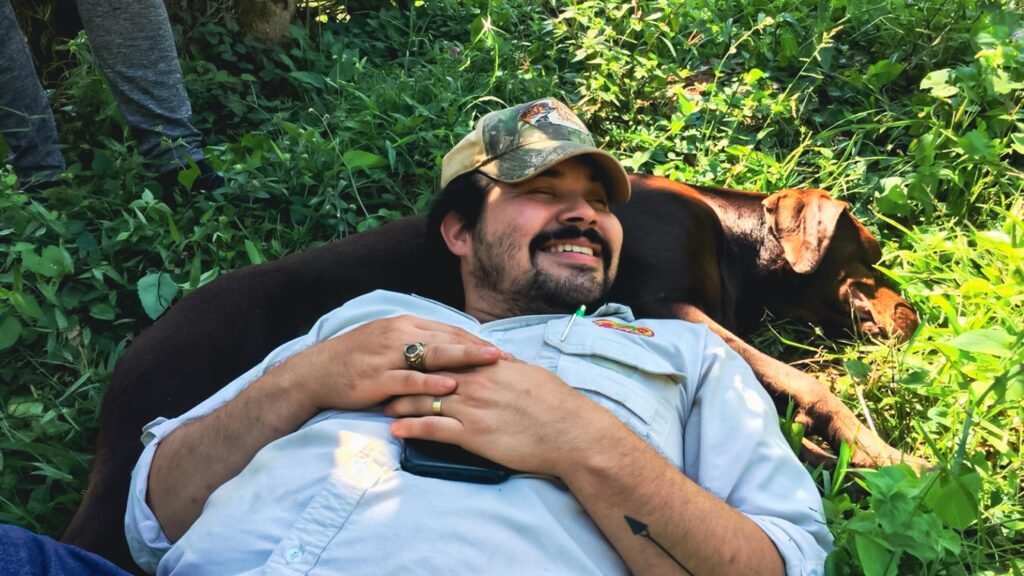 Juan Angel Welchez with his dog

When Juan is not working and blogging, he can be found playing with his dogs, watching anything related to the Marvel universe, hiking, swimming, and—when he’s not drinking coffee—drinking whiskey.

After asking Juan what advice he’d like to give the world, he replied:

“Be you, don’t be afraid to follow your passion, develop your own passion, and never listen to people that say ‘you are really just being ridiculous trying to blog your life.’”

And if you’re ever in Copán Ruinas, Honduras, and want to visit Juan, he will ensure that you get a V.I.P. tour of his entire farm!