The world can sometimes seem scary, especially lately, on that I’m sure we can all agree. So finding inspiration and courage might sound challenging. It isn’t really. The trick is to look around you. There’s so many people out there SAME. AS. YOU. And all it takes is the courage to take that first step.

This is the story of such a man: Rob Clarijs, Dutch Barista Runner Up, and Coffee Master Champion in 2019. 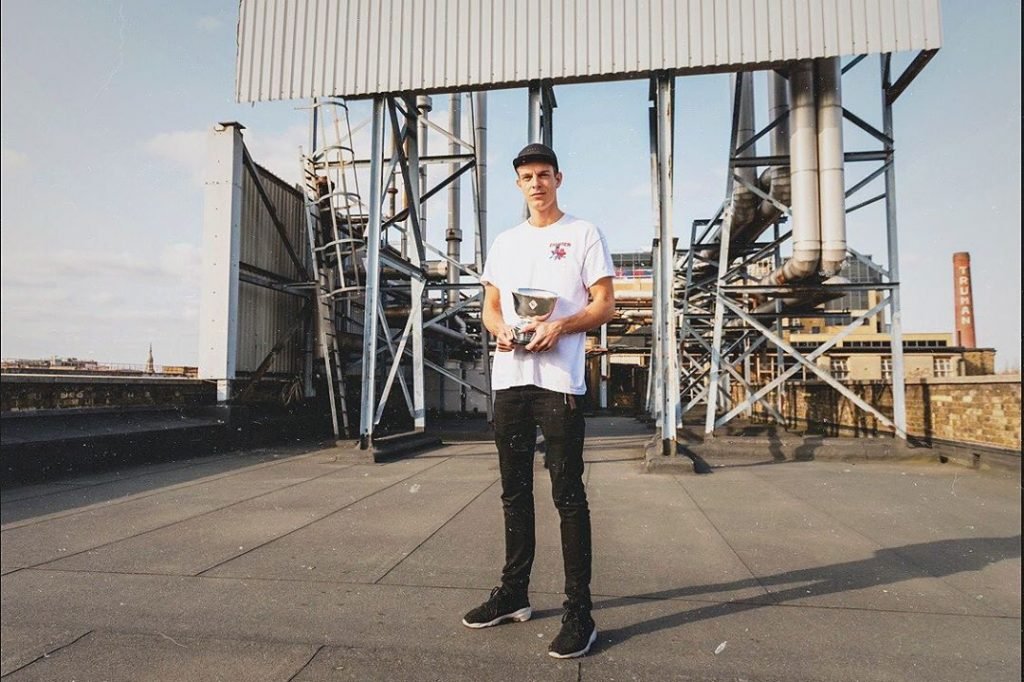 It all started around 8 years ago, when Rob was doing an internship in Copenhagen and had to always go to a local cafe to talk to his family for lack of internet in his apartment. He enjoyed the vibe so much that he made the decision to find work in a specialty café, once he got back to Rotterdam.

Since then, no day has been the same. “But every day is full”, he told us. From training his wholesale customers, to visiting the roastery for quality control, to cupping new samples, preparing for competitions or working on events with his mobile coffee bar. “Being an independent business owner, I never stand still”, Rob amusingly admitted.

The best part of his work? That no day is the same, and the opportunity to learn something new every day. It’s so tacky to say, Rob told us, but I honestly believe that if you do what you like, you’ll never work a day in your life.

What about success, we asked. How do you define it, and when do you know you’ve gained it?

“I think success is when you can do what you love every day. Also, if you set goals and you can achieve them, that also links to success. I believe success is not linked to money, but if you make a living doing what you like and you work incredibly hard, you’ll achieve success. You’ll know when you’re there”.

The most challenging aspect of one’s career?

Rob likes to think it’s actually a combination of two things: making enough money to get by with doing what you love and not spending all your time working. “I believe these are linked to one another. Most things that are just fun don’t pay the bills, but working harder and harder can also become your downfall if you’re not careful. Balance is key!” And we couldn’t agree more!

Even before he discovered his love for coffee, he admitted he was always very creative and entrepreneurial. He started his first company at the age of 16, and was very passionate about design, making videos and organizing events. Apart from this, he admitted he used to be a very enthusiastic fixed-gear rider and that he still has a basement full of crazy bikes.

When asked is he remembers the very first cup of truly good coffee he had, his answer might resonate with most of you: a Natural Ethiopia brewed on a Chemex. “That’s one of those moments when you think ‘is this really coffee?’. That’s where it all starts”.

An important moment that stands out? “When I won the Coffee Masters in London in 2019”. Rob had been a competitor during the Coffee Masters 3 times before, and taking home the big prize seemed nearly impossible. “Winning was like a dream come true after all that hard work!”.

But how does a pro competitor of the coffee world deals with setbacks and finds inspiration on a daily basis?

“Whenever something happens to drag you down, you have to use that moment and get out even stronger. For example, if you don’t win a competition, you can be bummed out and angry, or you can accept what happened and try again next time. Being angry or sad doesn’t get you anywhere, admitting your mistakes and learning from them will”.

If we don’t talk about coffee, who are you, what hobbies do you have, favourite book, music, and things you like to do?

Favourite book: Shoe Dog by Phil Knight (the founder of Nike), read it.

Music: I listen to all kinds of music, but mostly hip-hop, either new or very old school.

I like traveling a lot, eating a lot of pizza, spending time with my cat and being with my fiancé.

When it comes to sharing some valuable experience, Rob believe honesty and working together is key to those like him in the coffee industry.

“As a coffee entrepreneur I believe it’s essential to be open and share your experiences with other entrepreneurs. They’ll tell you about their mistakes if you upfront about yours also, and this can be of very high value and come in handy later. I also think it’s important to do what you’re good at and outsource the stuff you can’t do or hate doing”.

When we asked who were some of the people who had the biggest influence on him, Rob admitted the people he respects most are those who can still be themselves even after achieving some incredible high goals. “I don’t really have any heroes. What I’ve found is that nobody has all the answers, and I think it’s a bit arrogant when someone believes he/she does. It’s way better just to see each other as humans, and I have a lot of respect for people who can remain humble even after becoming a winner or champion”.

When it comes to future plans, Rob told us he has been working on opening a café in Rotterdam. He and two other friends were getting ready to open next month, but due to the COVID-19 situation, those plans are on hold for now. We can only hope this will all be over soon! In the meantime, Rob is willing to show whoever wants to visit him around Rotterdam and hopefully be able to treat you to a coffee in his own café soon.

This story was edited by Ronița Dragomir, she is a Coffee writer and a barista.