“They say that an apple a day keeps the doctor away, ever heard of what teaspoons of espresso could ignite?” Perhaps, the Pitch Influence 2020 winner has answers. This is the story of Alfie Sajir. 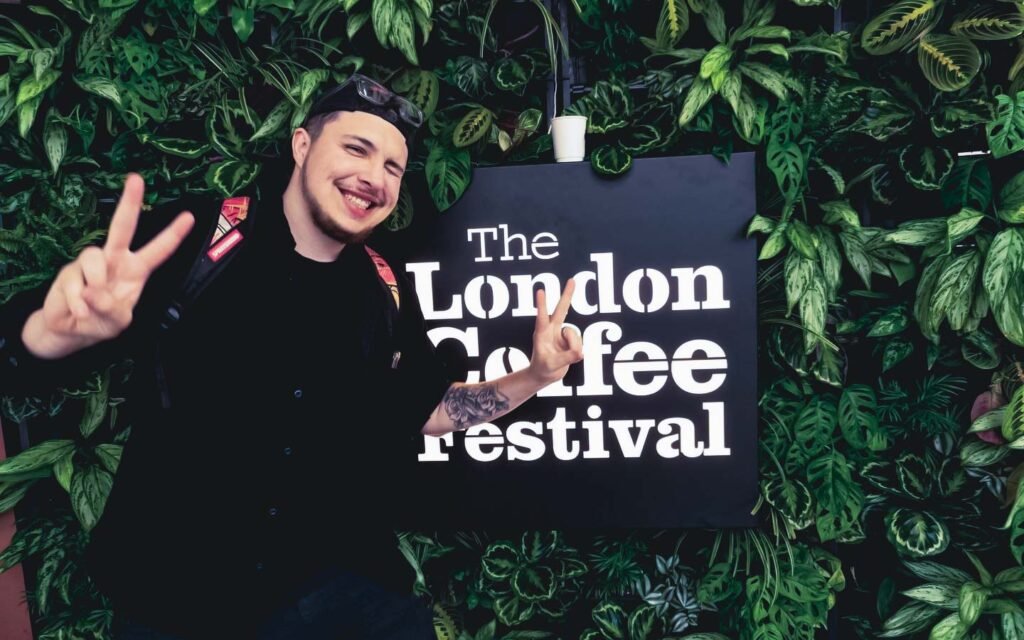 Alfie Sajir, a second-generation Moroccan immigrant based in the United Kingdom, has taken the YouTube world by storm and brought his love for coffee along with it. As a response to his battle with mental health and at a time when there was no laid out path, Alfie, or as he is known online — QuantumCaza, created one for himself.

“I started taking coffee at the age of 5 when my dad used to feed me teaspoons of espresso and since that day, coffee has always been in my life.”

With over 3.2K subscribers on YouTube, Alfie’s inspiration hasn’t changed.  “Every day I dream the same dream and I have this flaming hot passion burning deep down inside me to be someone, to be able to leave my footprint behind for future generations to prove that it doesn’t matter your background or where you are from, you can achieve your dreams. You’ve just got to believe and put in the work. But my passion to drink the world’s coffee is what inspires and motivates me every day.”

As a content creator, Alfie writes, shoots, and presents videos on the London coffee scene and the intersection of coffee culture and online culture, as well as online and popular culture in general. He does this on his YouTube channel “QuantumCaza“, which he started in 2019 and focused on the coffee vlogging. With his videos, he aims to make coffee relevant in the UK YouTube scene, just like James Hoffman. He vlogs about his life and coffee, visiting coffee shops and giving his thoughts on different subjects relating to coffee. He may face some obstacles like making coffee fun and inviting, but he doesn’t let them stop him, as there’s a growing community of coffee lovers who also want to consume content about their favourite brain juice, a community that I’M NOT A BARISTA is a part of.

One of his favourite coffee experiences: “Not long ago, I attempted a record of drinking 20 double espresso shots in under a minute, which I succeeded in doing in 40 seconds.”

And as for his first experience of having a really good cup of coffee:

“Yes, it was 2018 when I got accepted into a media college by showing them a vlog as I didn’t have any GCSEs in Ladbroke Grove. An independent coffee shop called Camden Coffee House, now known as Neev & May, made the best tasting latte I’ve ever had. The milk was steamed perfectly and this was way before I knew anything about coffee, like notes and temperatures, etc., but all I can say is it was the best day of my life. ”

Little by little, Alfie has been able to win the battle with his mental health and self-doubt. He took part in the Pupil Referral Unit (PRU) and has returned to talk to the PRU students. Once, on the verge of being part of a gang, he made a firm decision not to endanger his life or lose it like two of his friends did. (IslingtonTribune)

He focuses on his filmmaking career and coffee and hopes to change the stigma that coffee is boring by making it fun.

“I’ve always loved coffee since I was young, and before coffee vlogging, I was just vlogging and my biggest issue was I wanted to be unique and stand out amongst the rest of the YouTube content creators, and at the time, other than James Hoffman, there wasn’t any coffee content creator in London, let alone a coffee vlogger, which is how I ended up proudly being the first coffee vlogger in the UK. What I’d say has kept me going with coffee is I’m truly passionate about learning and coffee itself is endless with knowledge, not to mention I want to change the stigma that coffee is boring by making it fun!”

He won the Pitch Influence 2020 prize (a national competition by the Branded Content Marketing Association (BCMA)), earning praise from the officials for presenting a “passionate, entertaining visual impact story” that they felt a connection with. This is his proudest achievement, as when asked about it, he said:

“Winning pitch influence with my pitch to drink the world’s coffee. It’s my dream to travel the world making content, drinking and learning about coffee, and for my entry to this competition to have won honestly makes me so happy. “

His “coffee moment” was when he saw coffee as an avenue to find purpose in aiming to be the biggest content creator in his city. He now has a community of coffee lovers that always look after him, making sure that he’s okay and that he remains caffeinated. He makes sure to remind himself of how far he has come and that he has only just begun. As long as he can go out to eat or have a coffee without worrying about the cost, he considers himself successful.

In Alfie’s time in the coffee industry, the one thing he believes needs to change is its diversity. In his free time, he plays games, watches anime, or makes music.

His advice to others: “Ignite the inner flame and never give up on your dreams no matter what!”