Recently we had a special interview with the three founders of Bhopal Brewing Club. How did a sailor, photographer and strategy consultant team up to make a positive impact in the Indian coffee community?

The Creation of Bhopal Brewing Club

When Navneet and Arun returned from the AeroPress Championship in Nagpur they knew they had to do something for the local coffee community. They met with Neeraj and this is where the idea for Bhopal Brewing Club was born. Arun described the purpose as “nothing special we just need to brew coffee”. The three of them decided their main mission was to spread awareness of coffee, educate people on brewing and stop common misconceptions in the community and industry. 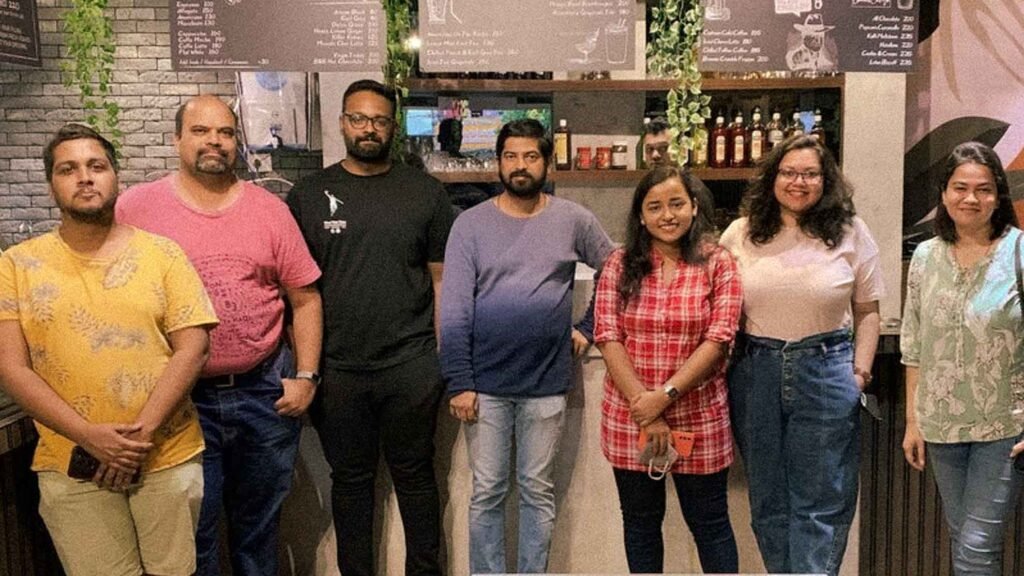 The group began organising free events that everyone is welcome to join, regardless of experience and there is no obligation to bring any equipment. They teach people how to brew but also show them how they personally do certain tasks but in a relaxed and casual way. The creators of Bhopal Brewing Club do not see themselves above the other members and the three describe the club as

As many in the coffee community know, coffee gear is very expensive so the club tried to educate people on what you need to get started and what they can invest in later without bombarding them with information. “Whenever people have questions we are there to answer”

The largest attendance the Bhopal Brewing Club has had was 20 and they aim to grow the club. They told us that “the first rule of our club is to talk about our club” and aim to make the sessions more accessible by including the other members in organising times and locations for the sessions. They also try to focus on changing up their ideas and focus. Now that the weather is beginning to change to higher temperatures their focus is beginning to shift to iced and summer drinks. 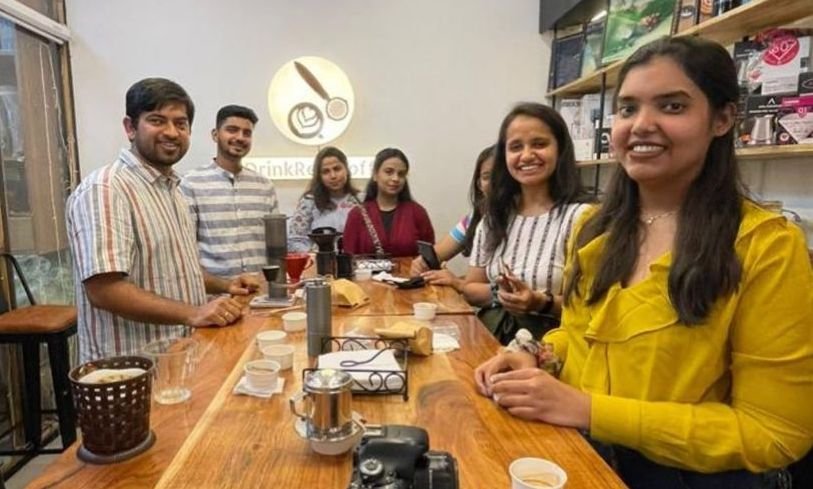 So what about the future of Indian coffee?

They told us about the multifold increase in patrons at Handcrafted cafe and how the industry has grown a lot recently. Bhopal is in the centre of the tea-drinking country and is surrounded by beautiful greenery and national parks. Local coffee farmers are happy to see the growing interest in coffee in Bhopal and Bhopal Brewing Club aims to keep increasing this interest.

Different coffee farms around India have different microclimates, even if they are relatively close together, creating varying tastes of coffee around the country. Bhopal Brewing Club aims to teach its members about these different kinds of coffee and help them find which they favour the most. Coffee in India is seen as luxurious as tea is an everyday drink. There is huge potential in the Indian coffee market but Bhopal Brewing Club told us that “it’s going to take us time to build awareness.” They told us that Indian coffee needs to be unique and try not to be ‘knock-offs’ of other big brands.

“There is a big future for Indian coffee going forward”

What are the future aims for Bhopal Brewing Club?

The main aim is to increase awareness of coffee and do this on a larger scale by increasing the presence of the club so they can reach more people. To help in their important mission you can support them by following the Instagram accounts of Neeraj, Navneet, Arun, Bhopal Brewing Club and Handcrafted cafe. Spreading information and supporting Indian coffee as Bhopal Brewing Club is, is also very important and at I’M NOT A BARISTA, and we hope you also show appreciation and support for the work of Arun, Navneet and Neeraj. 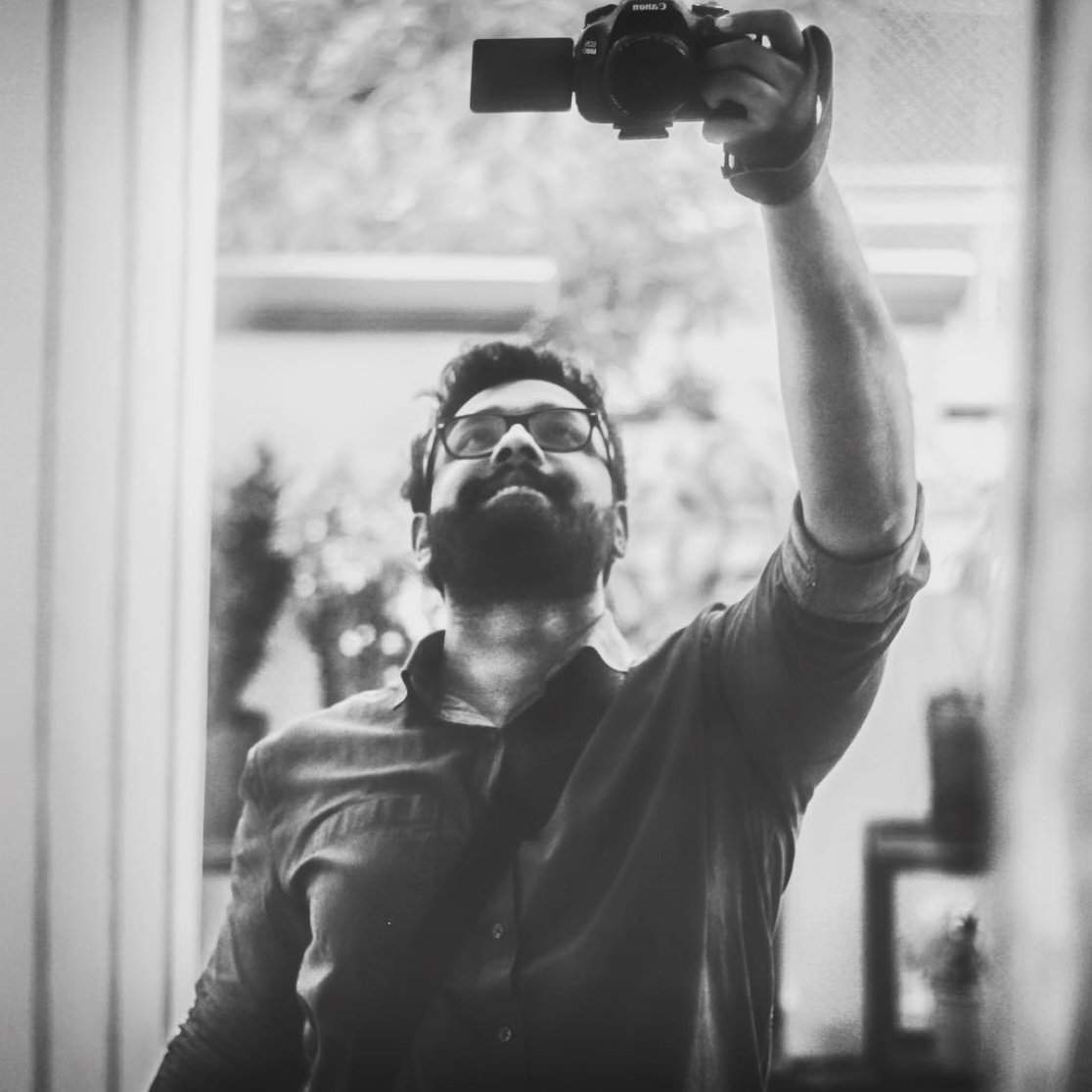 Arun is a photographer, interested in shooting coffee gear and machinery. After trying coffee at Handcrafted he began photographing for them. As this new endeavour grew in him, Arun became the head of social media and marketing at Handcrafted. Arun’s first encounter with the professional specialty coffee world happened two years ago when he accompanied Navneet to an AeroPress Championship in Nakur, a city nearby. Navneet was one of the judges there and Arun was impressed by the skills of the baristas, as well as the positive vibe of the coffee community. Arun was determined that his city should be more involved in the local coffee community. 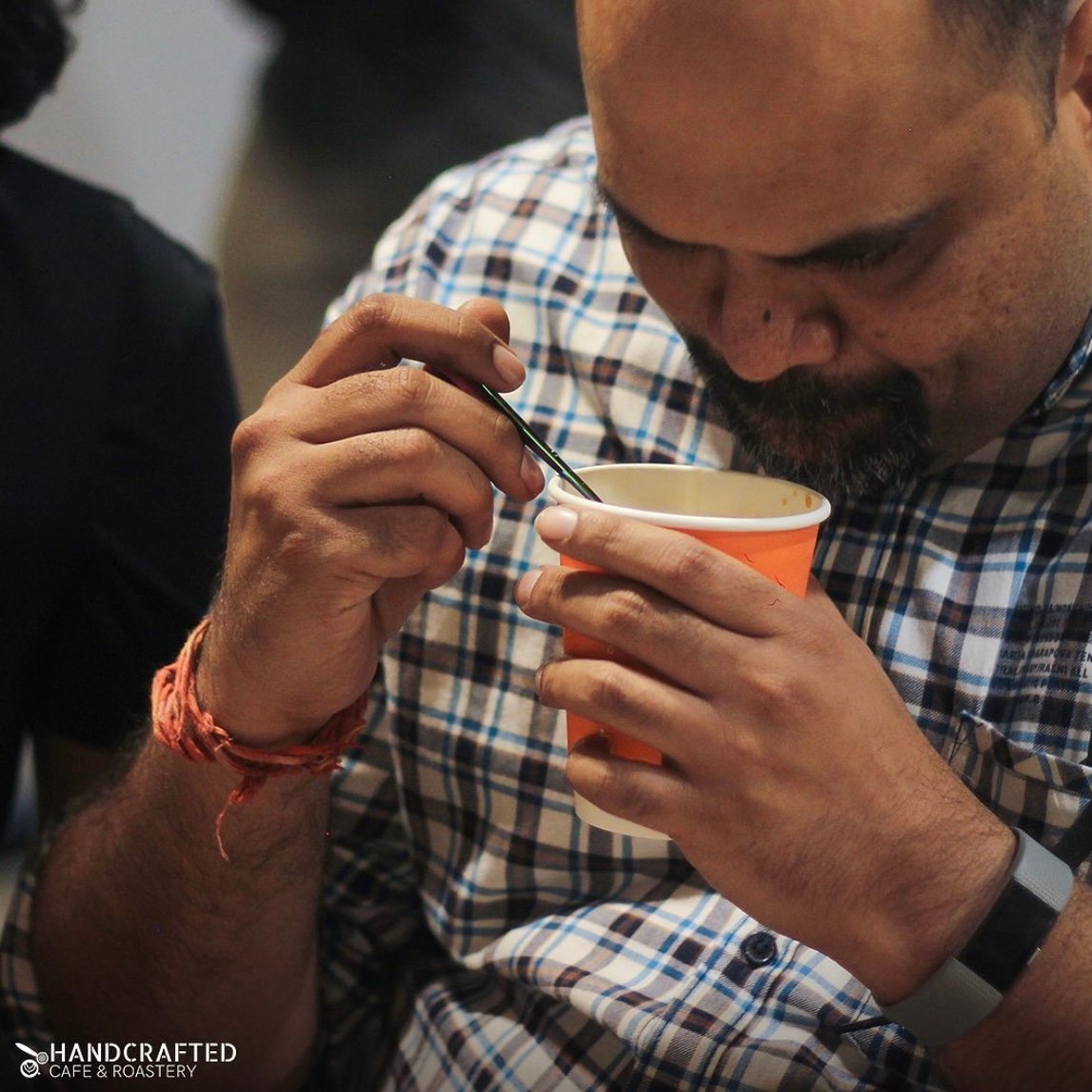 Navneet began his coffee journey while being a strategy consultant based in Singapore. This is where he gained knowledge and grew his coffee skills. When he returned home his interest was piqued and he wanted to involve himself in the local coffee community of Bhopal, a relatively small Indian city. Nonetheless, he and his wife took the leap of opening a roastery, which they named Handcrafted. Their motto is “make people drink real coffee instead of the commercial or instant stuff.” 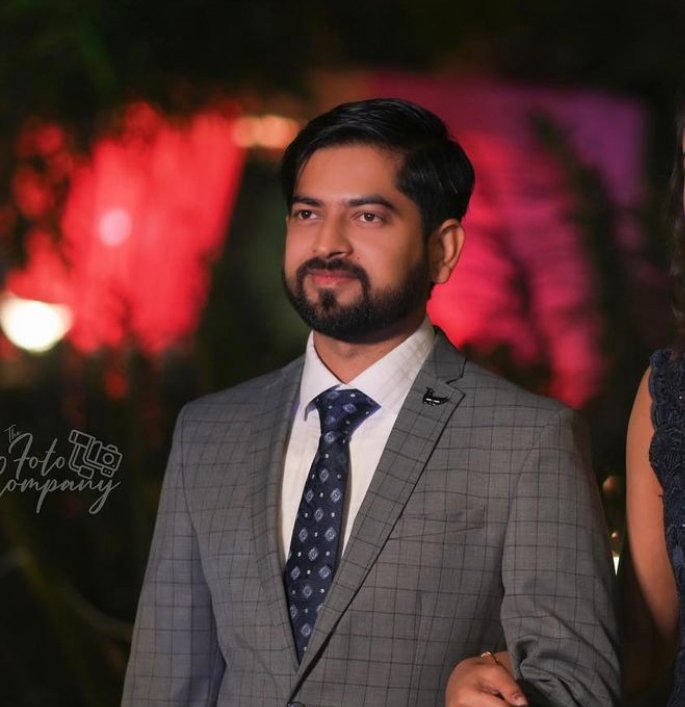 Neeraj has been a sailor since 2008 and was able to try many types of coffee around the country; this ignited his renewed interest in Indian coffee. As India is mainly a tea-drinking country, Neeraj was only aware of coffee outside of India. Once he discovered specialty coffee in late 2017, Neeraj began home brewing and connecting with others in the coffee community; this is where he met Navneet at his roastery.