Not everyone holds a special, fond memory over their first cup of coffee. For some of us, it was just another cup of ‘alright. However, this was not the case for Anish Kale. 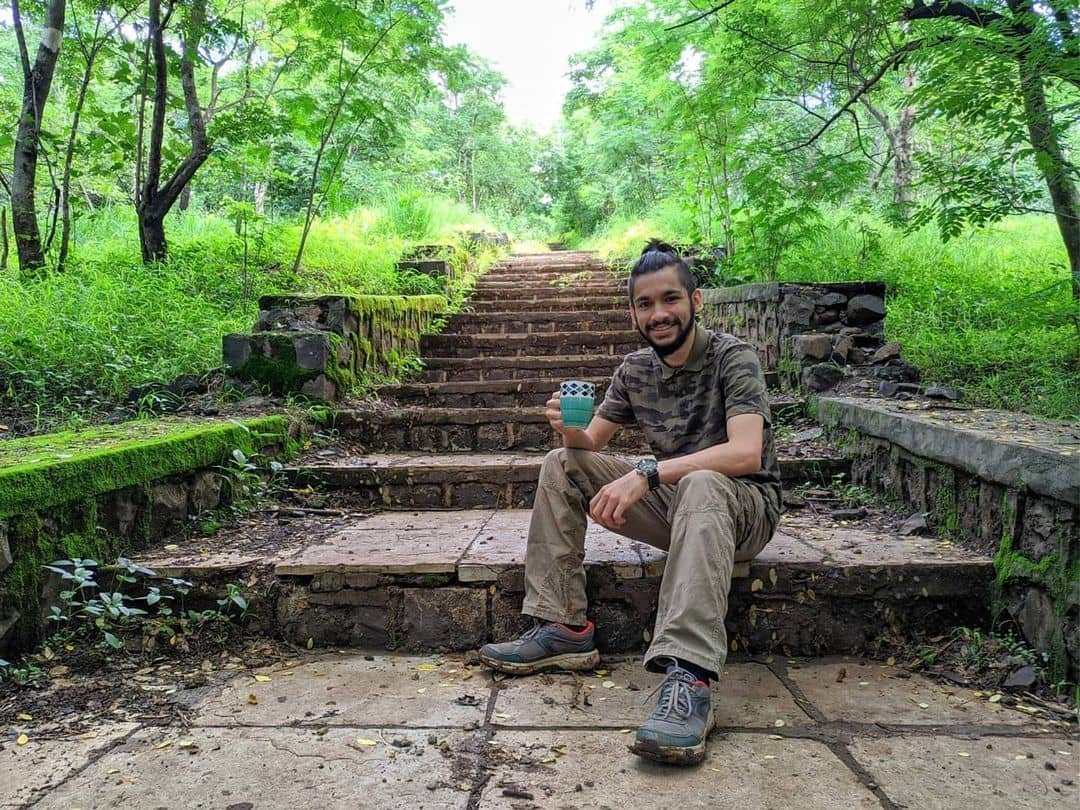 When Anish was studying at a friend’s place in 2016, he noticed a little café across the road. Intrigued, he decided this was the place to have his first-ever cup of coffee. While he needed to add a lot of sugar to get used to the taste, he noticed the latte art on the coffees he and his friend ordered. As an art enthusiast, Anish immediately began to wonder whether he would be able to recreate the artistry that had gone into creating this coffee in his very own home. This is where his coffee journey began.

A month or so after his first coffee, Anish discovered the mini milk frothing machine, a true staple in many coffee lovers’ kitchens. It wasn’t a walk in the park figuring out how to draw latte art. Knowing he wasn’t yet skilled enough for those designs you see on Pinterest, he instead decided to try etching the art onto the coffee freehand, without a stencil, every now and then. This interest in coffee art continued, however, in March of 2018, a happy accident resulted in Anish discovering something interesting. His frothing machine broke, and he resorted to simply shaking his milk in a bottle. It was then that Anish realised this was how he could achieve a satisfying pour without any complex machinery.

This love for coffee art brought Anish to an important crossroads in his life. He was a full-time student, however, his true passion was beginning to conflict with his studies. Initially wanting to take a gap year and travel to study coffee under Sir Dhan Tamang, Anish soon realised that he first needed to experience and understand the world of coffee. After seeing a job posting at his local café, Third Wave Coffee Roasters, Anish knew what he wanted to do. Convincing his parents that being a barista was the right path for him was not easy, given that he came from a business-oriented family that weren’t entirely comfortable with the idea of Anish serving coffee and cleaning tables. However, they soon came to understand that this was something Anish simply wanted to do.

The AeroPress Championship began around four months into Anish’s new life as a barista. It was during this event that Anish realised just how passionate some people are about coffee and made some essential industry connections. After completing his SCA brewing certification, Anish began to wonder whether coffee was really going to be his future, or whether he would eventually go back to studying. Thankfully, Anish followed his heart and continued on his exciting coffee journey.

In 2018, Anish decided to share his coffee art on Instagram. Anish created fantastic designs, from squirrels to koi fish, to coffee machines! This is where he was noticed by one of his favourite coffee artists, Dhan Tamang. Tamang has won numerous coffee art championships in the UK, and even made it to the final of the 2016 World Latte Art Championship. Anish has followed Tamang’s work since the beginning of his coffee journey in 2016,so he was touched by Tamang responding to his latte art. In May of this year, Tamang agreed to take part in an Instagram Live interview at the request of Anish. Anish and Tamang spoke about their experience with coffee, and Tamang said enthusiasts like Anish are what keep him doing what he does. During the livestream, Anish’s family realised how truly happy was – crying with happiness after the interview was over, appreciating everything he had achieved.

Now, we all remember what happened earlier this year. How could we forget? A global pandemic swept across the globe and changed the lives of billions of people. The coffee industry was heavily affected by COVID-19, particularly the baristas which often form the face of the industry. When I asked Anish how he felt the pandemic had affected baristas, he told me that it is now a lot less satisfying and fun, with new restrictions such as social distancing rules and PPE. Anish feels that the crucial and inherent culture of cafes is being chipped away at by the pandemic, with baristas no longer being able to properly interact with customers or see them enjoy the coffee they have prepared for them. It is Anish’s hope, and the hope of everyone who loves coffee, that cafes can soon return to some form of normality, not just for the sake of the customers, but for the employees who work hard to offer great coffee. 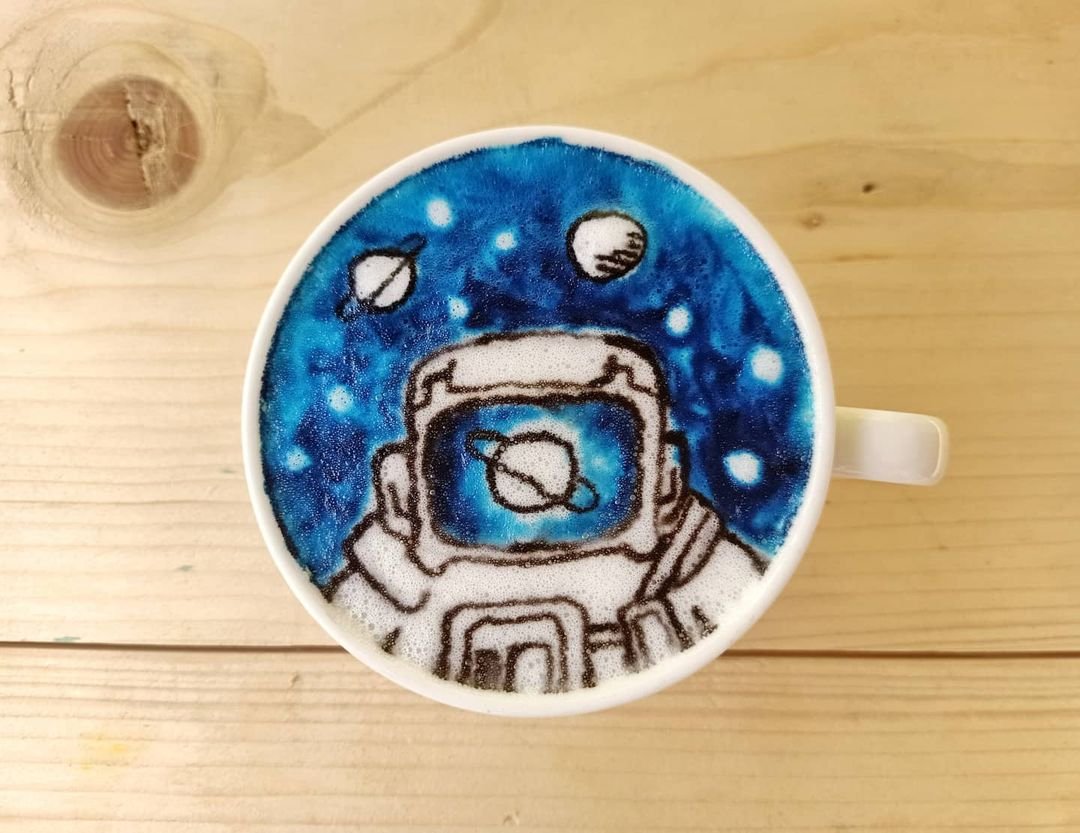 Coffee Art by Anish KaleHowever, even during these difficult times where things aren’t what they used to be, you can still invest some time into the coffee industry! Whether you’re a barista, an enthusiast or just someone interested in learning more about coffee, Anish gave some sage advice about better understanding the industry:

“Go visit cafes around you, observe the place as if you are working there.”

And, if it is your goal to enter the wonderful world of coffee, training as a barista is a fantastic place to start. Anish believes that you can develop your career from this starting point and make connections with amazing people in the industry. It is clear that Anish’s love for coffee has taken him to some incredible points in his life, and it is his wish to continue on his journey. He feels that coffee is his way of learning, of meeting people. It is his passion, his art, and his story. It is Anish’s one true goal to spread his love for coffee to the people around him and develop his skills as both a barista and a coffee artist. He wants to play a role in teaching the people of India about speciality coffee and all its incredible elements. We’re excited to hear more from him in the future!

We’re a Not-for-profit Organization exclusively designed to help baristas in need and make a social impact.