Iran is known for their tea as the climate of Northern provinces is ideal for cultivating Iranian tea. Iranians, especially in colder regions of the country, drink multiple cups of tea throughout the day. Despite this, Yashar Karimi chose to go against the norm, and forged a career path in the coffee world. It began when he first read a book about the drink, back in 2015.

As a student,Yashar Karimi waited at a cafe, working to cover his school fees and rent. During his time at the cafe, he was constantly in close proximity to coffee and began to seek out more information about the drink. However, books about coffee in Iran were scarce. He reached out to his sister, who lives in London, to find a book on coffee and send it to him. It was The World Atlas Of Coffee by James Hoffman.

“From that day on, coffee was not a black liquid anymore; it meant more, and that book was a start for everything.”

Six or seven years ago, he sipped his first speciality cup of coffee at Sam’s Cafe, where he worked as a waiter. His manager, who managed the roasting department, brewed him a cup of Ethiopian coffee. Yashar recalls the taste was mind-blowing, noting that it tasted fruity, especially remembering the strawberry notes. 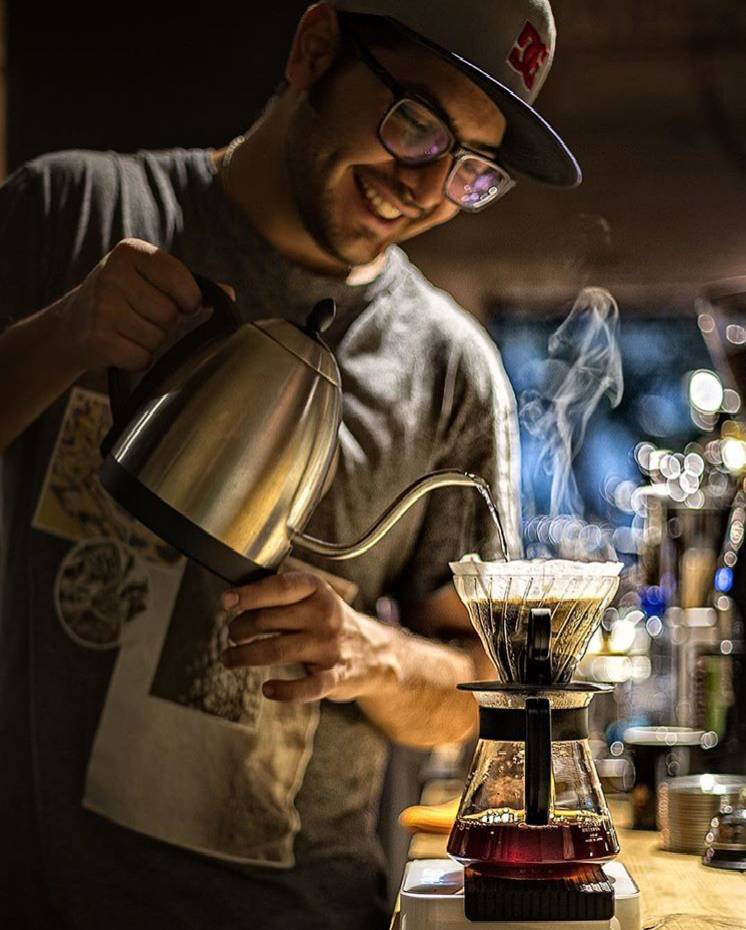 Inspired, he wanted to work as a barista, but it was a difficult process back then. Iranian coffee culture is one that is lengthy: one must start at the bottom, washing dishes and cleaning at the cafe until deemed worthy of becoming a barista. Despite this news, his inspiration motivated him and he did not let himself be demoralised. Yashar completed 9 months of grunt work and eventually worked his way up to a barista role at his cafe.

Currently, he works as a quality controller and in Research & Development at Alba Coffee roasters in Iran. Yashar has been researching work-flows in cafes and the art of coffee extraction. Hoping to provide others with more educational opportunities in the coffee world, Yashar has been translating articles into Iranian, to help coffee lovers in Iran and hoping to inspire more people to become interested in the topic.

The coffee industry in Iran however, is a difficult one to be in. Baristas in Iran don’t get much money for the hard work they do and there is very little job support for baristas. 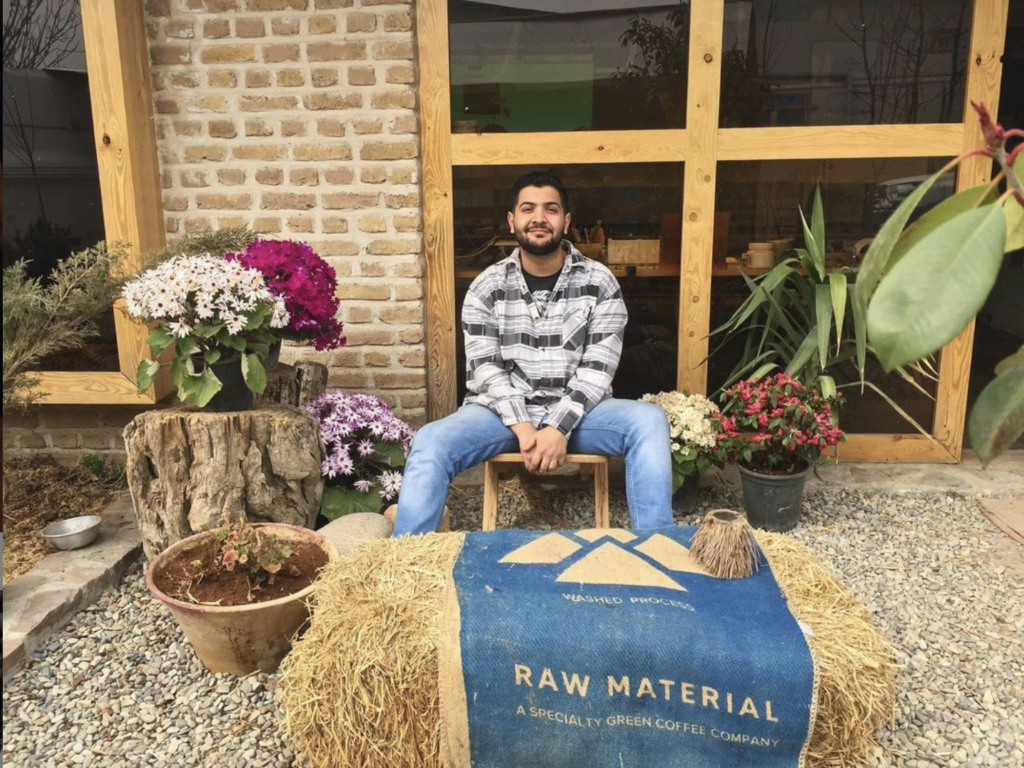 In 2017, Yashar entered a barista challenge. Each team was assigned a specific coffee bean and they had to prepare 4 shots of espresso, 4 milk beverages, and 4 signature drinks based on the espressos for the judges. Yashar had to import beans from an English roaster, Square Mile Coffee Roasters, but they only came a week before the competition.

With little time left, he and his team worked tirelessly and did the best they could. So rushed, they entered the competition without even tasting the drink! Despite this, he came in third, winning a roaster course by Toper Academics.

Yashar’s experience is a testament to how difficult it is to access speciality coffee in Iran. The pandemic has made it even harder for the trade because it is difficult to source speciality coffee beans from their neighbouring countries during a nationwide lockdown. 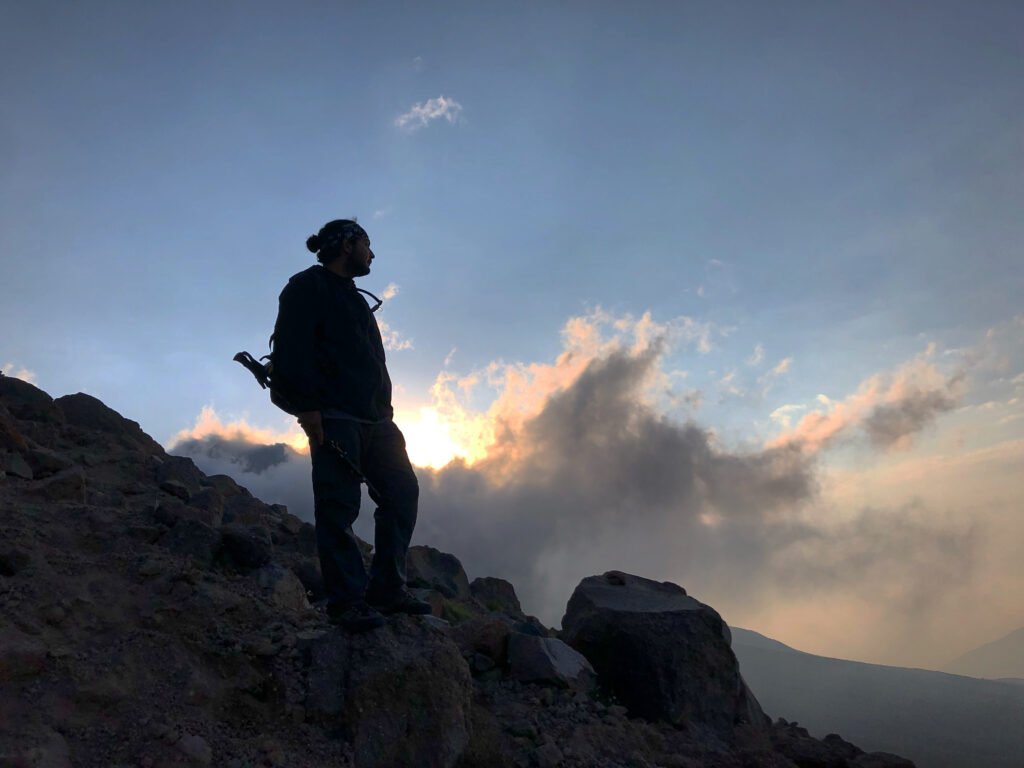 Photo of Yashar Karimi from the bride summit of Iran, SABALAN

Yashar loves the outdoors, hiking and camping in the jungle whenever he gets the opportunity. He prefers being in high altitudes, where the air is crisp and fresh. It comes as no surprise, knowing this, that his dream is to own a coffee farm, where he can combine his passion for coffee and his love of nature. “It’s a perfect combination,” Yashar told us, hoping to own a farm in Costa Rica. Hopefully, Yashar’s dreams won’t be too far from reality. With his drive and will to defy the odds, we have no doubts that he is a rising star in the coffee industry, and we look forward to seeing his future achievements.

If you’re hoping to help hopeful baristas like Yashar, make sure to check out our #TIPABARISTA initiative and see what you can do to help.