“I was born curious.”

Hailing from the country best known for its coffee production, Carlos Dias was born and bred in the city of Juiz de Faro, Brazil. Carlos’s experience with coffee started differently considering that most of the specialty coffee that the world enjoys comes from his country’s coffee farms. 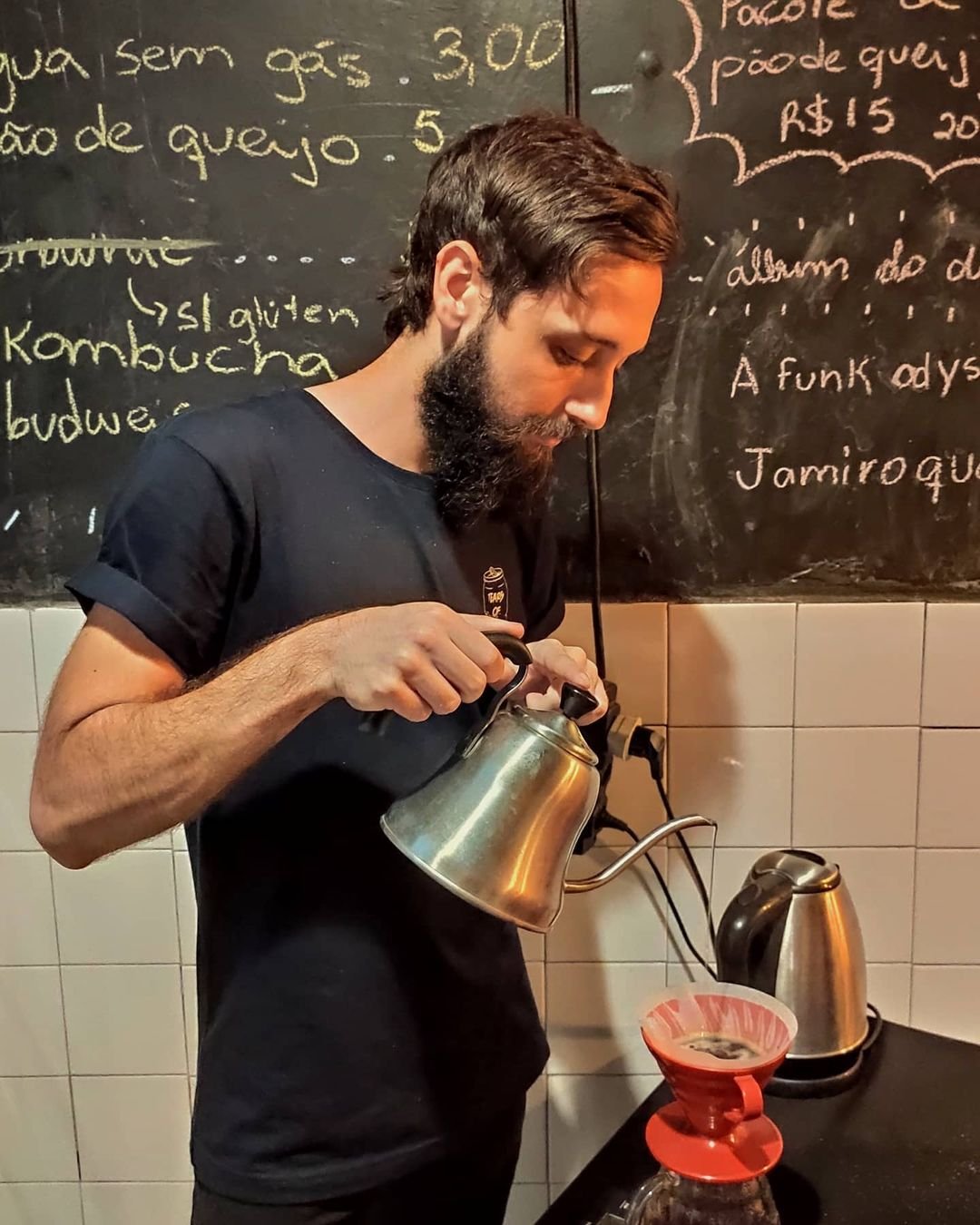 Carlos is making a pourover

Carlos started drinking regular coffee during high school but was unaware of the amazing range of varieties of specialty coffee that existed, especially because they were not popular when he was younger. “I was born curious,” Carlos laughed, “always wanting to know and learn about everything.” A self-professed “nerd”, Carlos preferred studying to playing outside as a child and would stay with his elderly relatives so they could tell him stories rather than playing games with.

While doing his chemistry degree in the city of Niterói, he started to expand his coffee knowledge even more. Niterói is close to Rio de Janeiro city and has some of the oldest and most famous coffee houses in Brazil. Unfortunately, gang violence and drug wars hindered his efforts to explore and understand coffee. Carlos recalled being stuck inside his house or at university when it was too dangerous to be on the streets. How many of us consider our safety when we go to get a cup of coffee?

Carlos managed to get a job as a barista in his favourite local coffee shop.  After a year of working there, he was accepted into a post-graduate chemistry programme in his hometown Juiz de Fora, which took up all of his time. He left his position as a barista but little did he know, this was not the end of his coffee-making journey.

Working in a small department that had four laboratories, Carlos started to bring his specialty coffee beans to work in an effort to stay away from instant coffee. To his surprise, the aroma of freshly brewed specialty coffee started to get the attention of the other scientists in the lab. They flocked to him, wondering where the amazing aroma was coming from. They started to ask “why does this coffee smell so different?” and “what makes it so special?” More and more people started turning up to see this “coffee ritual” and soon, Carlos would be making coffee for twenty people during his daily coffee breaks. Carlos was now known as “Carlos with the coffee!”

But, it was about more than the coffee. People who had never spoken to each other had been brought together by his coffee. “Coffee is more than just a beverage that we drink for an energy boost,” Carlos says.

“It is magical and has the ability to bring people together. Now, even my professors buy specialty coffee. It’s ironic that this country has the highest production of specialty coffee beans in the world, and yet we didn’t know about it!” 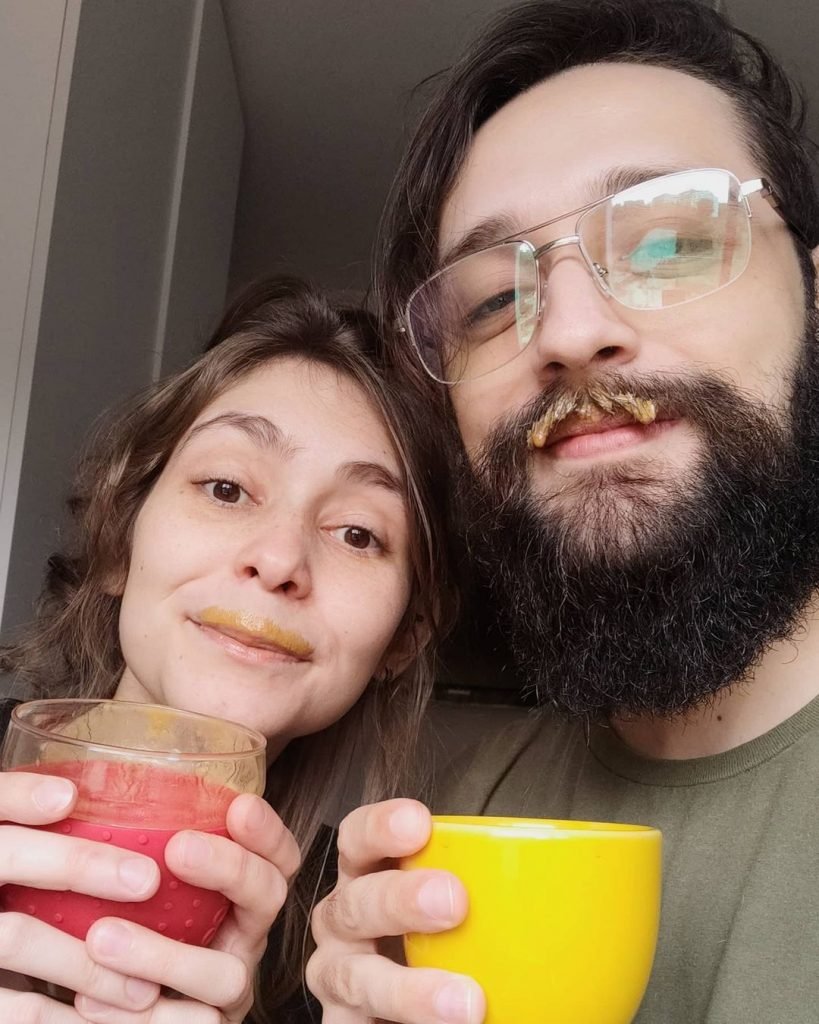 Carlos and his friend Priscila support the #coffeemoustache campaign

Carlos continues to see the scientific potential that there is in the coffee brewing process. He is happy discussing every minute detail of the ritual that is the making of coffee. “It happens on a micro level,” Carlos explains.

“It is how the water interacts with the coffee, it is the pH of the water, the temperature, the size of the coffee grounds, the time of interaction, and the way that the coffee is made that would affect everything from how bitter it is to the body to the flavour of the final cup.”

But the ritual of coffee also happens on a macro level – in the sense that Carlos sees how friendships and communication links are formed between people and himself, as well as the coffee producing process.

“Coffee is not only important for us, but also for our economy and our country. By choosing specialty coffee and sharing this with others, it changes the perspective of those drinking the coffee but it also helps support the hands, the families, and the farms who have put in the hard work for you to have a cup of coffee.”