In 2014, Andrew Jay was baffled by the art of coffee. Andrew was working at a bar in Scotland when he was first placed in front of a coffee machine. He couldn’t steam milk to save his life. After many failed attempts, he would ask the bartender to make the drinks instead. 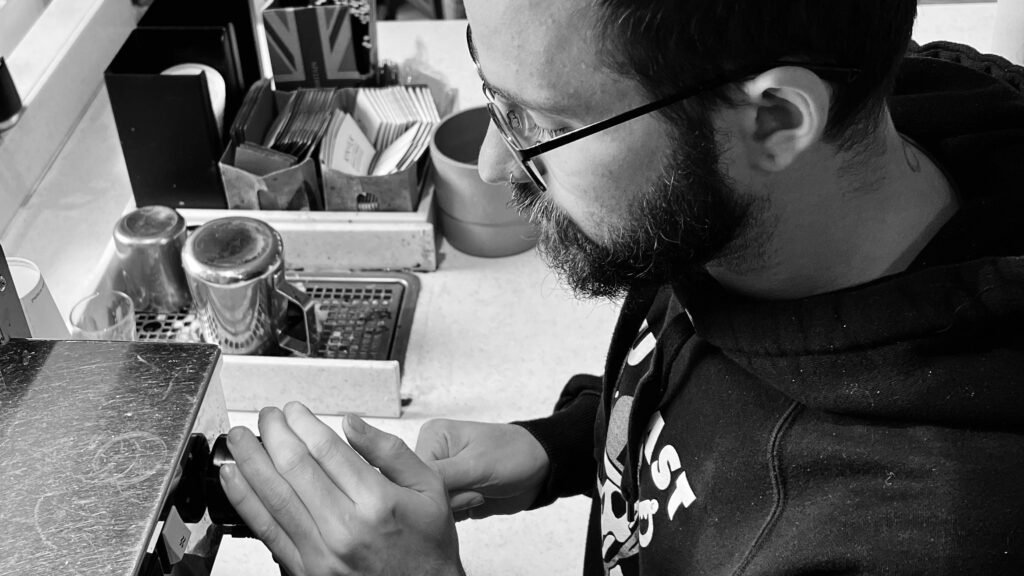 “Throughout that job I didn’t learn a single thing about coffee, but it did however plant a seed in my brain that would very soon grow into something I have not been able to shake.”

“liked the way the instant coffee grounds would spiral on the top of the milk, making a very pleasing pattern.”

That is until Andrew had his very first Eureka moment at the end of 2014. He was at a specialty coffee shop in England when he ordered a V60. Although Andrew had no idea what a V60 was, to him, the name sounded like

“a rocket or missile.”

Despite the V60’s humble appearance—“a little glass jug on a wooden board with a small basalt cup”—when Andrew tasted its floral and fruity notes,

“it felt like a rocket breaking through the atmosphere,”

After this coffee awakening, Andrew poured himself into the world of coffee. He studied James Hoffmann and Colin Harmon. He delved into books and Youtube videos.

Not long after, Andrew got his first job as a barista in a railway station coffee shop back in his hometown. It was at this job that he learned how to use an espresso machine, dialing in, and extraction times. However, the one thing that disappointed Andrew about his first professional coffee job was the ban on latte art. Andrew lamented,

“We weren’t allowed to free pour the milk; we had to use a small spatula to hold back the right amount of foam. Consistency was key, but there were no hearts or rosettas. No latte art.”

Against Andrew’s boss’s wishes, he started practicing his latte foam art in secret. Sometimes, his boss would ask for a cup of coffee and Andrew would make the bold decision to decorate the coffee with a tulip or a rosetta. The conversation that followed would go like this:

“Okay, this is really good…but don’t let this become the norm.”

To which Andrew would reply:

However, it did eventually become the norm, especially once Andrew was promoted to assistant manager.

While working at the coffee shop, Andrew fell upon a very unique experience. During his time at the railway coffee shop, Andrew attended the London Coffee Festival as a representative of his shop by mere happenstance. During a trip to London, Andrew popped into a shop in Soho and started chatting with the barista. She gave Andrew her access pass to the festival since she was unable to go herself. At the festival, Andrew talked to people from La Marzocco, Square Mile, Union, Clifton Coffee Roasters, and more. He witnessed a latte art championship. He tried a variety of coffees. Andrew had reached Coffee Nirvana.

It was this moment followed by others that made Andrew realize that he had to part ways with the coffee shop because as much as he loved his job, he desired to learn more.

In 2018, Andrew entered the specialty coffee world. At a coffee shop in Swansea, Andrew had his first cupping session, witnessed coffee being roasted for the first time, and learned to dial in via taste rather than by recipe. He began to excel in latte art, extraction, V60s, and brew ratios.

After watching Andrew succeed in a variety of areas within the coffee business, the owners asked Andrew to take over the business while they focused on the roastery.

Unfortunately, Andrew’s shiny new offer did not last very long. After he took over the coffee shop, the Covid pandemic hit. Andrew said, 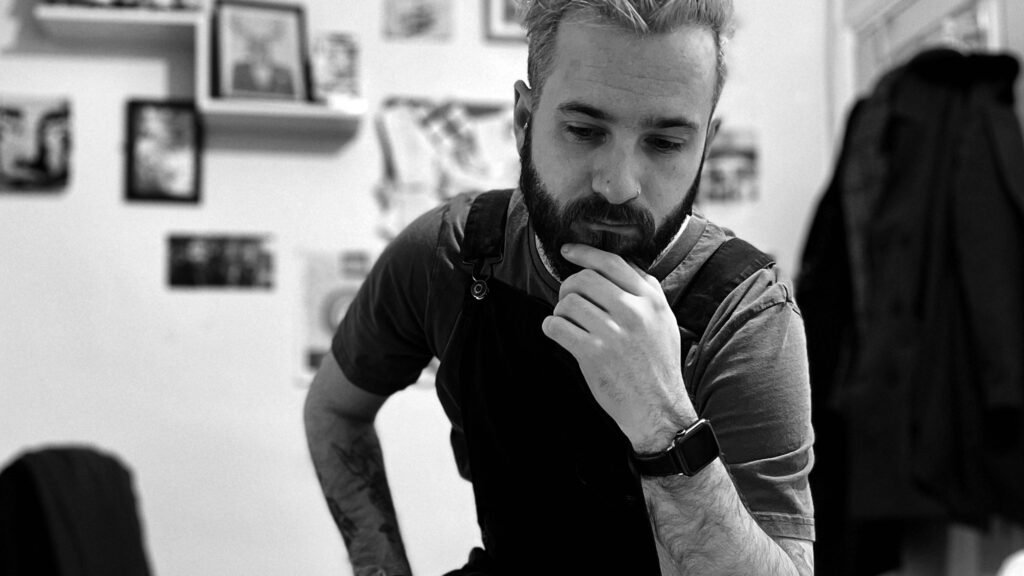 “Things were on hold. Even with government support, I could not sustain the store or a paycheck. So, I handed the store over to my business partner and I left to…be…a barista again. So, after all that, I went back to just…making coffee.”

This was Andrew’s greatest challenge during his seven-plus years in the coffee industry. While at the coffee shop, Andrew was working over eighty hours a week without taking a wage. When asked about how he tried to solve this challenge on his own prior to leaving, he said he was constantly changing aspects to suit his customers’ needs. He was always focusing on the customers—from changing the food and the drinks menu to just being a friendly face to those in troubling times. Although Andrew had to part ways in order to sustain his own livelihood, he made the most of the poor circumstances.

Despite this rough patch, Andrew still kept busy. He completed his SCA Barista Skills Intermediate and is currently working towards his Professional, his AST, and his Coffee Diploma. When he is not studying, he is doing some event work. For instance, he worked at Glastonbury Festival and he started an online coffee supplier called Sudden Drop Coffee.

With all this experience, Andrew was able to shape his end goal. He wants to complete his AST and be able to teach future baristas about coffee

“so they can create their own moments and shape their own career in the industry.”

When asked what advice he would like to bestow upon the coffee lovers of today, he said,

“Drink coffee. All types. Broaden your horizons and ways of brewing. Don’t wait to purchase expensive technology, a specific espresso machine…grinder, or a roaster. Just start and you will learn and experience amazing things on the way. You can never know everything about coffee, and that’s okay.”

And if you ever want to stop and chat with Andrew, he is always willing to talk about coffee or emo music. He has a soft spot for latte art…and The Wonder Years.