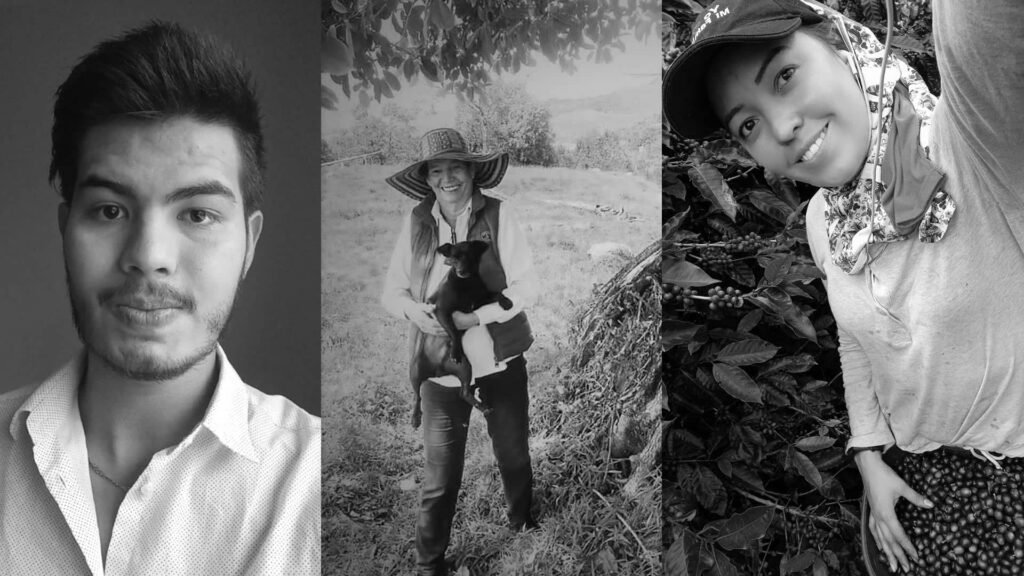 “We want to share our story and the process behind specialty coffee”, says Sergio.

Today, we are delighted to share with you the story of an individual, Sergio Parada, and the two founders of Café Azulejo, Inés Betancourt and Diana Gonzalez.

Sergio is the sales director of the organization Café Azulejo, a community of farmers that is driving the Colombian coffee industry by working together and learning from each other. Our story finds its origins in Dolores, a town and a municipality in the Andes mountain range, known for its ideal coffee growth microclimate. Colombian people have persisted to produce and grow coffee for more than eighty years, working through socio political and economic turmoil in these regions. In these fertile grounds, farmers can plant, pick, process and roast their coffee, following sustainable practices to take care of their own land. Despite these conditions however, the coffee industry in Colombia remains one where profit is unevenly distributed, with farmers only earning 10% from the fruit of their labor. In an attempt to improve working conditions, Café Azulejo was founded.

The project started some five years ago. Sergio and his uncle founded the project, inspired by his mother, Inés, who managed to put her family through school by selling coffee. Hoping to solve the inequality in profit, Café Azulejo connects Colombian farmers to consumers in Canada who are willing to redistribute the profit made and pay more for such fine quality products. Although Café Azulejo is a joint effort between Sergio and the community, he primarily credits two inspirations in building the organization.

The first is his grandmother, Inés Betancourt. Inés is an example of how commitment and believing in something can have a big impact in the life of others.
At the age of ten, she was forced to leave her hometown due to episodes of violence occurring in the region. She traveled for days with her parents and twelve siblings, seeking refuge in Dolores, where a distant cousin had guided them. After permanently settling there, Inés’ family began to farm, with her father nurturing his family’s relationship to coffee.

For Inés’ father, coffee was a way to succeed when provided with minimal opportunities and low income. She and her siblings started working in coffee farms with their parents and learned to produce and sell coffee beans.

Said process was very traditional. Inés’ family chose to farm organically, straying away from pesticides and harmful products. Over time, the community continued to grow and take different approaches to farming: from planting the right seeds, taking appropriate care of the trees with organic compost and natural fertilizers, and picking and processing the beans to the final stage.

One flaw in these methods, which is noted by Sergio and his community, is the overarching lack of sustainability in the farming processes. Knowing that they need to better their system to fight the climate crisis, they are working towards this whilst taking into account that this will only be achieved through better pricing and an even distribution of profits.

“I do believe the future of Colombia is in the country, with the resources and conditions we have that many countries want, and connecting directly with people that recognize this value will give us an opportunity to grow beyond our highest expectations” 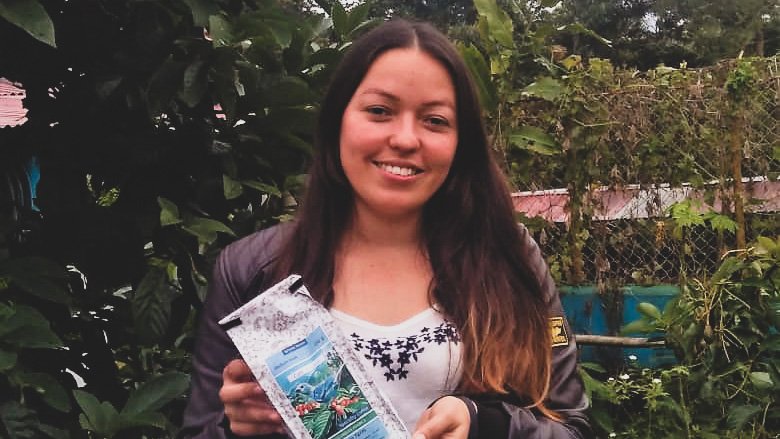 The second person that played an important role in the founding of the organization is Diana González. Her resilience and desire to alongside others has allowed her to become one of the region’s biggest coffee producers, but has also earned her the presiding seat in the local farmers’ association.

Diana has had a close relationship to coffee throughout her life. Born and raised on a small family-owned farm, she has always been involved in learning about coffee production, aspiring to fix its prominent issues and disparities. As a young adult, she was given the opportunity to manage the family farm and work with the other coffee producers in the region to find ways to optimize the coffee farming process.

Over the years, she has built a name for herself. One of the most respected, hard-working, and supportive coffee producers in the region, Diana is extremely proud of the progress that Colombia has been making to bring awareness to and modify farming practices. Strides that the founders of Café Azulejo are responsible for are starting to resonate inside the region, but also on a national scale. This process started with Diana’s parents, and she hopes that it will be handed down in generations to come.
These two matriarchal figures have played a beyond influential role in the creation of the Café Azulejo community. By sharing their stories, Sergio hopes to draw your attention to this small region and his organization.