Martin Oracion describes himself as a simple guy who loves playing console games, listens to a lot of music, and is a motorcycle enthusiast as well. 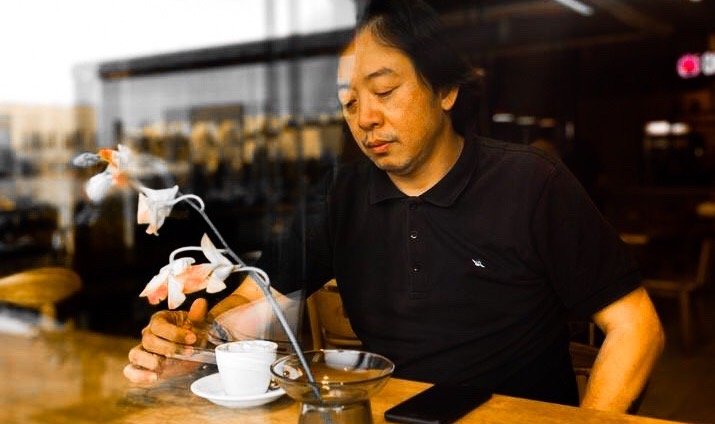 Born in the Philippines and now living in Jeddah, Saudi Arabia, Martin started working as a computer mobile tech and salesman, a job that he kept doing until 2017 where he got sick and almost lost his life. When he recovered, he told his boss that he wanted to quit. His boss had other plans for him -he told Martin that he was going to open a coffee shop and wanted him to be a barista. After some consideration, Martin agreed.

He was sent to a specialty coffee shop where, after one month of training, he became a barista. As the days went by Martin started to love working behind the bar, learning new things about coffee, and improving his skills. He and his brother Salem kept on teaching each other and have now moved into guiding and mentoring all the new employees at Cloud 9 Coffee.

The first time he had a really good cup of coffee was back in 2018 where he started training as a barista. Martin now favors a pour-over or Aeropress due to the fruity and sweet flavors one can get from coffee. However, he also drinks lattes in the early mornings during his calibration of the espresso machine.

“The coffee culture is very strong in Jeddah, there are many specialty coffee shops and people treat their coffee like wine”.

He says that there are still a few customers that don’t know a lot about coffee and still ask for their beverage extra hot. “I want to educate some of my customers about coffee. If you ask for a higher temperature in your coffee it destroys the quality of the bean as well as the labor of coffee farmers. I don’t want that effort to be in vain”.

Martin is also looking forward to being certified by the SCA and keep mentoring new baristas in Cloud 9 Coffee, which has now expanded into three different branches. He says that working as a barista has taught him to have a lot of patience since dealing with uneducated guests can happen often but it is all part of the job.

“I want to thank my boss for supporting me and believing in me, but most of all, I thank almighty God for giving me this opportunity to keep learning and helping others as well as contributing to the coffee community in Jeddah”.

Anna is a volunteer writer based in Mexico City, founder of Meet the Local.