Who said athletes can’t brew? This is the story of Jodie Williams, a two-time Great Britain Olympian who has been surging forward in her quest to be more than just an athlete. She blends her athleticism with her coffee experience as she pushes for better living conditions for women in coffee farming communities. 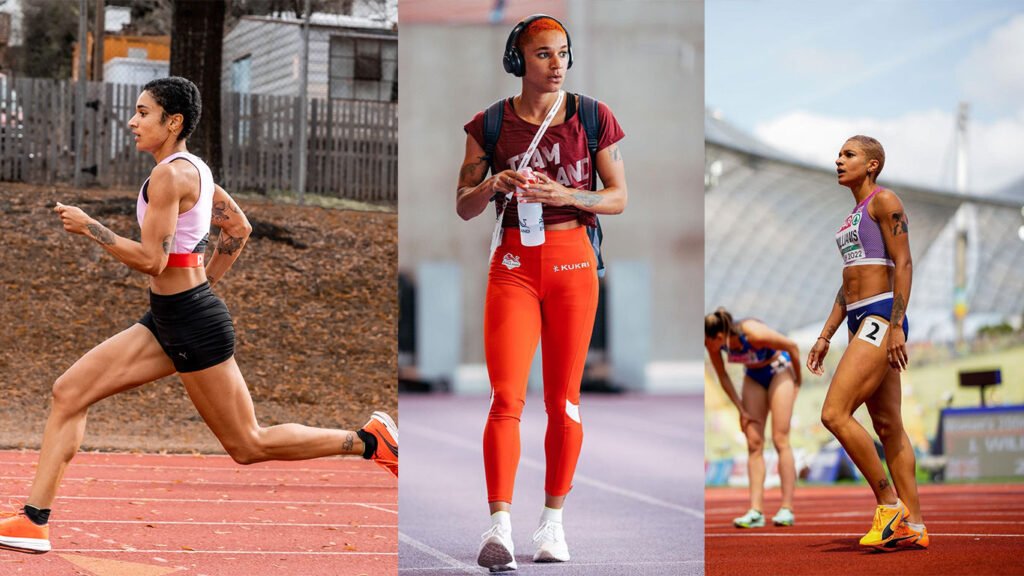 Jodie was born in the United Kingdom but now lives in the United States of America. She is rarely in one place because of the nature of her job, which requires her to travel frequently. She has been a prominent voice in the coffee industry for 6 years, ever since her friend introduced her to her first iced latte.

This was not her first coffee cup, however, as she was introduced to the world of coffee at a young age, accompanying her father to coffee shops and having her kitchen filled with the aroma of ground coffee, which made coffee part of her morning routine.

“I always loved coffee shops but never liked coffee until my friend forced me to drink an iced latte one summer and the rest was history! I slowly worked my way down to long blacks and eventually became completely obsessed with perfecting my pour over and experimenting with different recipes and flavors.” 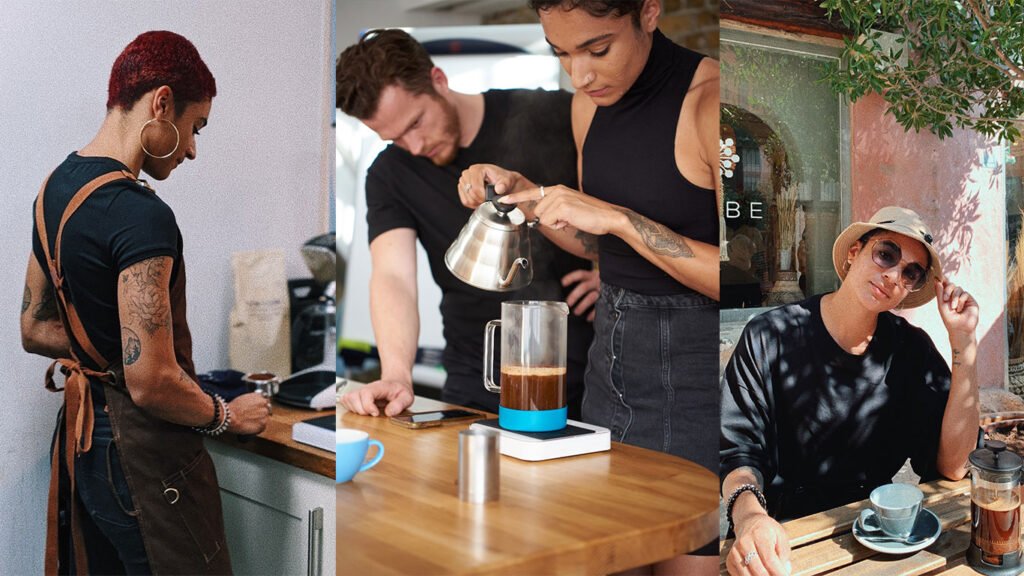 Jodie’s coffee appreciation is unique in that it arose as a result of developing interests outside of sports. One of her favorite coffee drinks was a Piccolo she drank at Monmouth Coffee in Seven Dials, London, where she was able to properly taste the flavor notes for the first time. It was her first piccolo, and while she considers herself a pour-over girl, the experience encouraged her to try beans from different regions and become more selective about her favorite flavors. As to why she chose to remain in the coffee industry,

“Coffee shops definitely drew me to the coffee industry. I travel a lot as part of my job, so wherever I am I always seek out the best coffee shops in the area. This sense of community and home away from home is something I value highly and has made traveling alone a much greater experience. I also find it a great way to connect to local culture and get a feel of whichever city I am in.”

As an athlete, she has endured heartbreaking injuries as well as the rigors of the mental state that comes with competing against others who want to be at their best. She tore her hamstring during the Olympic trials in 2012 and was unable to compete in the Games. She has struggled with attaching her entire identity to external success and achievements, which could destroy an athlete’s self-esteem when they aren’t performing as well as they believe they can.

These setbacks did not deter her, as she went on to be one of the British athletes on the ALL-TIME fastest list in the 60m, 100m, 200m, and 400m, as well as finishing sixth in the Olympic 400m final at the 2020 Tokyo Olympics. All these, a result of her first senior title, where she “stole the show at the UK Trials in Sheffield, winning the women’s 60m final in a personal best of 7.24 seconds.” (Source: The Guardian, 2011).

“I would say I am most proud of making the Olympic 400m final in Tokyo. It had been a really tough few years leading up to the moment, and for me, it felt like I had finally solidified my place amongst the best in the world.” 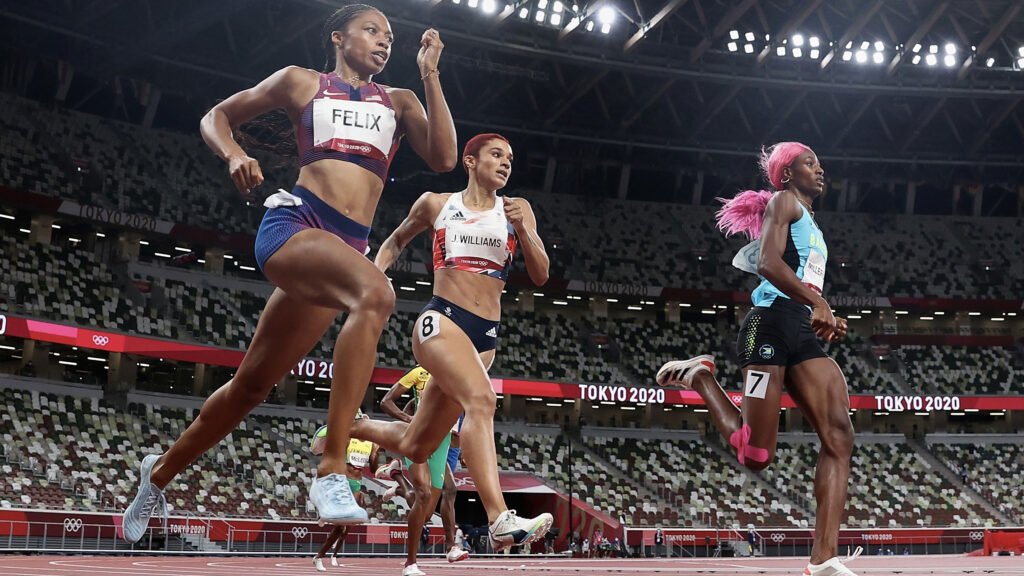 This Puma ambassador incorporates track lessons into her daily coffee routines, noting small changes and improvements that could mean the difference between winning and losing races. Just like in coffee, a little more or less can define the appeal of a cup of coffee.

Jodie has taken a keen interest in women in coffee farming communities, specifically how they are affected by low wages and a lack of opportunities for leadership and management. She is an ambassador for Femlead, a Ugandan NGO that works to empower young women to reach their full potential through educational workshops and local community engagement. She is also a brand ambassador and team member for Union Roasted (a London-based roastery).

She also highlights the lack of diversity in the specialty coffee industry, where minorities play major roles in production but have very little representation at the top.

“I want people to know and understand that coffee culture comes from Africa, specifically Ethiopia, and that if anyone should feel at home in a coffee shop, it is the descendants of the original coffee experience.”

Jodie defines success as being her most authentic self while also lifting others, as she does with her sister, Hannah. They are both athletes who have represented Great Britain in international competitions and have no plans to stop soon.

She is a firm believer in #morethanjustanathlete and has developed multiple passions and interests outside of sports, including coffee and her YouTube channel.

“Once I started delving into what I felt I could offer the world outside of simply being an athlete, I realized that my calling was something much greater than simply being fast! I am now passionate about providing a platform for people to share their own stories on their own terms.”

She has seen how, in her 6 years in the coffee industry, coffee drinkers are more conscious of the source of their beans as a result of the rise and availability of information on social media. Massive cooperatives are now being held accountable to ensure transparency in their relationships with coffee producers.

She enjoys reading, hiking, and listening to Trevor Noah, and is considering becoming a nomad at the end of her track career, traveling wherever life takes her.

Her advice to others:

“If you’re passionate about something, learn everything you can about it and find a community that is equally as passionate! This will bring you unparalleled joy and a deep sense of acceptance in a space that truly aligns with who you are.”

Take a bow! You got to this section! I'm a Creative Writer and Electrical Engineering Student from Nigeria. "I laugh in the face of danger." -Simba