Fausto Russo, a Venezuelan Coffee Consultant, once said that the greatest challenge in his career has been to: 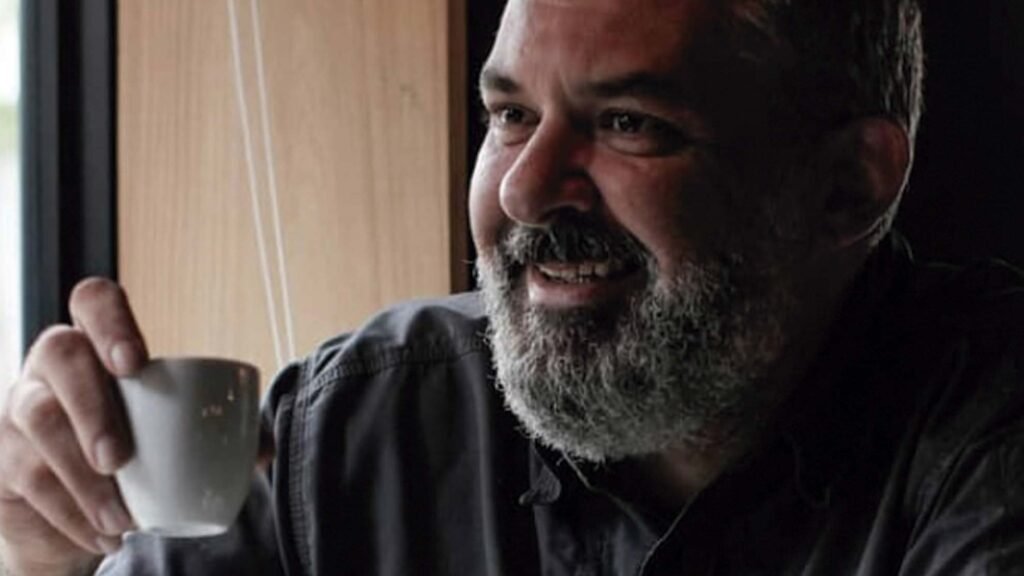 Fausto has taken it upon himself to fix this problem.

Step One: listen to everyone’s stories—from the barista’s to the customer’s.

Step Two: “unite all the actors of the coffee chain, with an agreement of benefits for all equally.”

Today, we will share the story of a man behind many cups of coffee, with a penchant for equality, and how he himself fell in love with the whole process: from bean to cup. Fausto’s journey into the world of coffee began on a small farm owned by his grandfather in Madeira, Portugal. It was love at first sight. After that initial interaction, Fausto became invested in the entire coffee life cycle and all its characteristics. From the planting to the harvesting to the post-harvesting, from the variety of beans, their profiles, and their flavors, Fausto was hooked. But the real selling point was witnessing the human relationship behind all the processes,

“including the relationship that is formed between two people around a good cup of coffee.”

Once Fausto stepped foot into the coffee world, he unearthed the Holy Grail of coffee. The first time he had a really good cup of coffee was in his home country of Venezuela. He said,

“I remember that my first cup of coffee was completely unforgettable. It was a Bourbon Rosé from a city here in Venezuela called Mérida, extracted in a French press with sweetness and an incredible aftertaste of eucalyptus like I have never tasted.”

His taste buds exploded with a myriad of layers in flavor as well as emotion. But how did Fausto get to his perfect cup of coffee?

Initially, Fausto Russo began at SCAE, studying and preparing for his incredible ten-year journey into the coffee industry. He joined the Organizing Committee of the First International Meeting of Venezuelan Speciality Coffees, which was the very first to be held in Venezuela. He also aided in the development of the first national brewing championship, titled: Venezuela Brewers Cup.

Fast forward to the present day, Fausto is continually striving to advance the coffee industry. He is working on projects in Venezuela with all the actors in the coffee chain. They are traveling to different coffee shops in Venezuela where they taste a variety of coffees from different origins, production methods, and extractions. But Fausto is doing so much more than creating projects that rely solely on the five senses. He is also investing in educational projects, such as the Venezuela Coffee Tech, where they

“show the knowledge and experiences of…Cafeterias, Producers and Entrepreneurs in all areas of coffee.”

Despite his success in the industry, he never fails to go back to his roots and recall the reason why he fell in love with coffee: the education behind it. Although you would never know as Fausto has become a minor celebrity within the industry, his picture splayed in Barista Magazine. Currently, he has been invited to PRF Colombia, and may be invited to SCAJ World Specialty Coffee Conference and Exhibition in Tokyo.

However, where there is success, there is also struggle. Although Fausto is a rather impressive man, this article cannot put into words the time, the effort, and the constant grit it took Fausto to be where he is today. A particularly difficult time in his career was when he was responsible for grouping

during the last international meeting of the Venezuelan specialty coffees. While there is joy behind every cup of coffee, there is pressure to make it the best coffee you’ve ever had. And Fausto is one of the many who have a heavy hand in doing so. So what keeps Fausto so invested in the world of coffee? What keeps him here to this day? Fausto said,

“I was attracted to the world of coffee, the relationship between man and nature.”

Furthermore, he wants to witness new developments in the industry within each generation, “from the field to the cup.” He stays for the future. Although Fausto himself has found success, he does not believe the industry itself has reached its full potential. He admitted,

“Success for me is to achieve the sustainability of good coffee over time, where all the actors of the same are included.”

It is not about one man rising above all else that equals success. It is about being environmentally friendly. It is about everyone working together rather than trying to outdo one another. Fausto dreams of a Coffee Utopia.

Currently, he is slowly seeing his dream become a reality in both the producers and the consumers. For instance, many producers have become interested in changing “their processes for a better coffee.” Meanwhile, consumers are beginning to hunger for the knowledge of “what is behind a good coffee and who are the ones who participate, and it is not just commercial coffee, but fragrances, aromas, flavors and history.” Moreover, Fausto has become a teacher for the next generation of coffee lovers who are willing and excited to undertake this unknown path. A spark of interest is igniting a fire of change.

While Fausto is dreaming away and working towards this future, he still finds joy in the small things. For instance, he still has a favorite part in his daily work. He loves the selection process, the roasting and tasting of every bean. He is still mesmerized by the knowledge behind every bean and it brings him great satisfaction to bring a new bean to Venezuela coffee.

When he is not championing the world of coffee, he is a Renaissance man, learning about every bit of new technology, listening to all kinds of music, reading books by Mario Benedetti, and traveling the world.

When asked what tidbit of advice he could give the world, Fausto replied:

“Put fear aside, have passion and love, and always focus on sustainability in the medium and long term.”

And if you’re not too nervous to meet such a worldly coffee lover, he would love to sit down and have a cup of coffee with you.