Dominic Symons had set out to be an industrial designer since he was a kid. After his studies, he founded a design consultancy in California in 1999 at the climax of the Y2K saga. While that drama quickly fizzled out, those days marked the beginning of a career that set Dominic on his path to eventually designing for coffee. 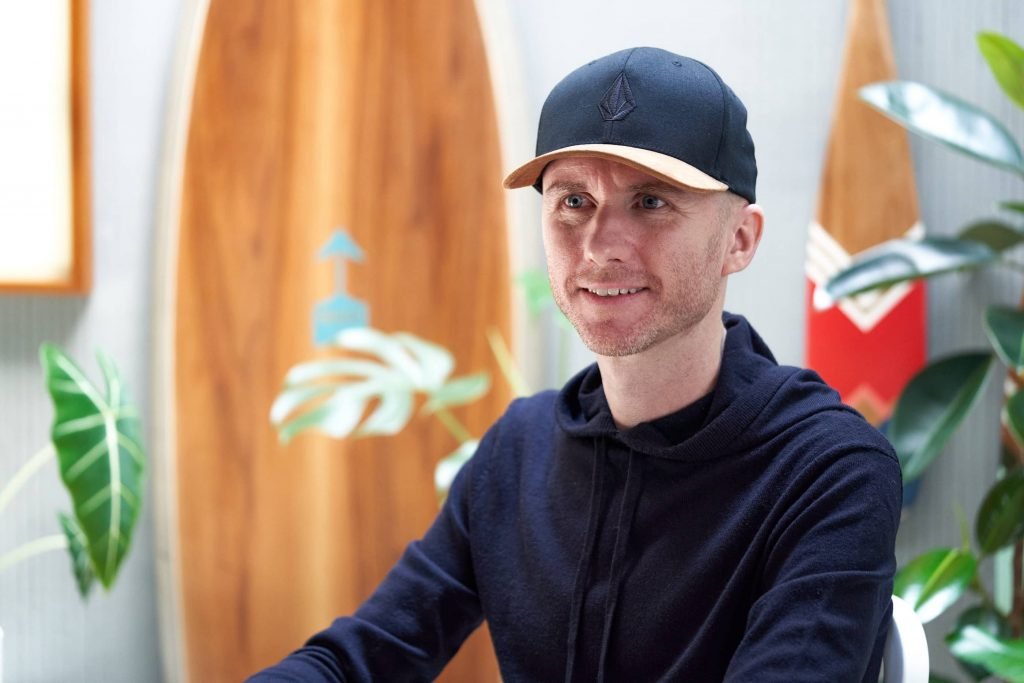 A few years later in 2005, a client in Austria had approached him to design an espresso machine. Dominic had only been drinking espressos out of coffee shops, but decided then to take on the challenge of building a machine. He began to research the intricacies of espresso and understand what it takes to make a really good shot.

“Once you start going down that path… you know there’s no way back.”

Sure enough, he was now hooked on drinking good espresso. Yet at that time it was before the third wave had caught on and he had just started his tech venture. With no demand and plenty of other things to keep him occupied, Dominic did not further his interest in coffee after that project.

Almost by luck, or perhaps a testament to the visionary that he is, the launch of Apple’s iPhone revolutionised the mobile device industry a few years later. Dominic’s venture, a tech accessory company that produced cables and phone chargers, found itself in a fantastic position to take advantage of the rapidly growing iOS ecosystem. They scaled sales and distribution across 42 countries, relying on two offices in the United States and Indonesia with a combined headcount of only 15 staff. Dominic’s company was eventually acquired in 2018 and he decided to move on to take on a new challenge.

Now with time on his hands, he took up freelance work while planning his next venture. He spent more time indulging in visits to coffee shops and started to make espresso at home more frequently on a set up of a Flair espresso maker and a Mazzer Mini. Being a designer, naturally he started to think of ways to improve the experience of drinking coffee at home. Noticing there were already tons of home brewing products on the market, Dominic’s experience and thought process kicked in. He looked on the periphery of coffee and realised there were a lot of frothers that create a bubbly foam. It seemed that no one had really produced an adequate replacement that can match up to the microfoam from a steam wand. Thus he switched his focus from coffee to milk and that’s how he ended up designing The NanoFoamer.

The NanoFoamer is a product that has been two years in the making. Dominic tested numerous solutions to achieve microfoam – from creating vibrations to ultrasonic methods. Once he found a solution that worked, he used workshop tools to build prototypes, literally making his morning coffee with various tool attachments until he found a setting that he was comfortable with. When that was done, he had to ensure The NanoFoamer could adapt to different types of alternative milk and at varying temperatures. Finally after the entire trial and error process, the product was ready.

Then the long wait began. Dominic applied for patents and met suppliers. The list of tasks included tooling, testing and certifying the product, checking with the FDA and making sure all regulations are adhered to. For a good 18 months prior to launch, it was a waiting game for approvals for a product that was just waiting to be launched. To make the best use of his time, Dominic took to growing the brand identity. He no longer had the luxury of getting a team to work on different parts of the project. Now, he had to start from scratch on his own. He was the photographer and the filmmaker. He designed the logo, applied for trademarks, developed the website, learnt different web technologies and took up videography. By the time he went through all these and the approvals came through, it was finally time to let the world know all about The NanoFoamer.

Dominic had chosen Kickstarter to begin the project, with a modest $14,000 goal to reach. He admits this was risky as failed projects don’t get the funding required and are then immortalized on the site as a failure. However, he had sufficient belief in his own products. He cites every single product he launches as something he really believes in. He is confident that the products will be well received, and that is down to his design philosophy that he has had throughout his career.

He sees design as something that needs to provide value, and not just for aesthetic purposes. You have to go down a path and keep an open mind which can be difficult as people tend to get stuck with one way of doing something. What makes a product really great is when you are able to focus on an area and discover a gap you can fill. Timing is also important, to be at the right place at the right time.

Although the product was developed before the pandemic hit, it was mainly a side project at that time. There was the fear of launching during a pandemic, but Dominic soon realised that it was a great time to do it as more people were taking to home brewing. Many were actively investing in accessories and learning how to make coffee while stuck at home, developing a new routine that might last even when they return back outside. Dominic’s hypothesis was spot on. The Kickstarter campaign was 3682% funded, receiving over a third of a million dollars in funding from 5,823 backers.

After such sensational validation, Dominic is now scrambling to ship out all the pre-orders to the backers. Once all those have been fulfilled, that is when he hopes the business will really get going. With more products being lined up, Dominic aims to build on this strong start to grow his company Subliminal into a really cool brand. If there is anything that his journey has proven thus far, it shows that a willingness to think differently and pursue one’s passion can be a guiding compass to success.

NOT A BARISTA Podcast

We are constantly inspired by all the amazing stories of baristas around the world and we want to take this opportunity to introduce you to our newest project: The I’M NOT A BARISTA Podcast. This podcast will be sharing all our incredible and amazing coffee stories from baristas and coffee people around the globe.

Good things happen when the coffee community works together. This is a coffee project generate from and give back to the community, building connections by giving a new platform to you and baristas through sharing coffee recipes. launching soon on Kickstarter.