While juggling medical studies, 2 jobs and a young child, when Uri moved to Warsaw in 2004, he took a risk he wouldn’t regret and opened his first cafe, leading him to become fascinated and hooked by the world of coffee.

Originally moving to Poland from Tel Aviv to start his medical career, Uri had a background as a barista and bartender, and while studying in Warsaw he decided to open up a small 21 Square Meter cafe, Cophi Solutions. After graduating from his studies, Uri decided to put his medical career on hold to focus on his cafe. 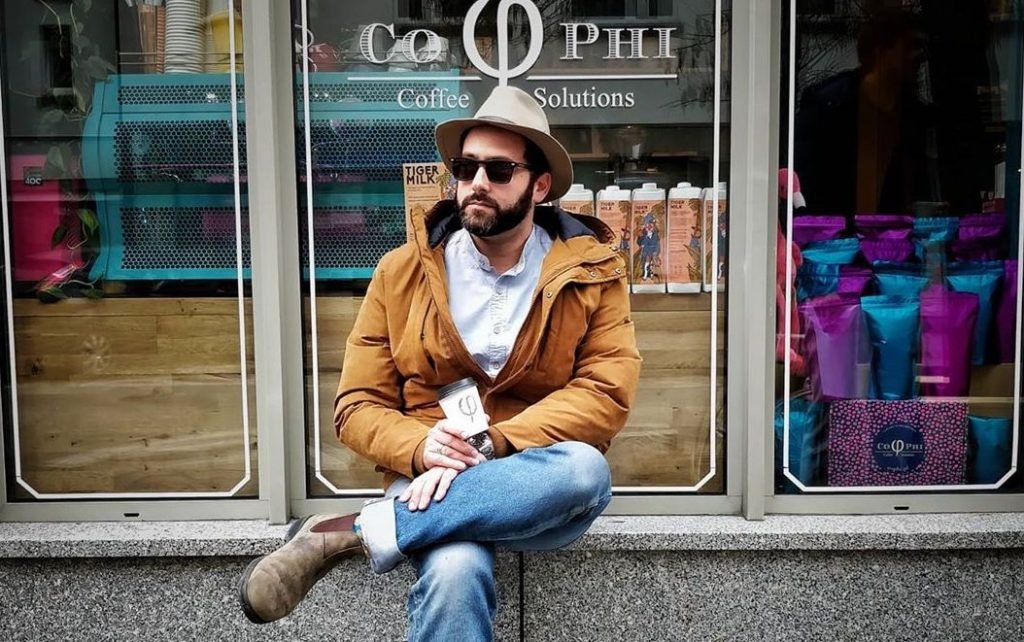 Uri Wollner in front of his coffee shop

Wanting to try everything he could to maximise his knowledge of coffee, Uri jumped in head first by attending fairs across Europe. He then imported green beans from a friend’s farm in Huila Colombia, which he used to experiment roasting techniques. Working with Conti espresso machines, Uri learnt the ins and outs of these machines as a one man show. When speaking about the cafe’s early days, Uri said:

‘I didn’t manage to achieve much, but oh boy – I was hooked. I loved the endless branches the world of coffee had, and decided to devote my full time to it. There isn’t a day that goes by where I regret that decision.’ 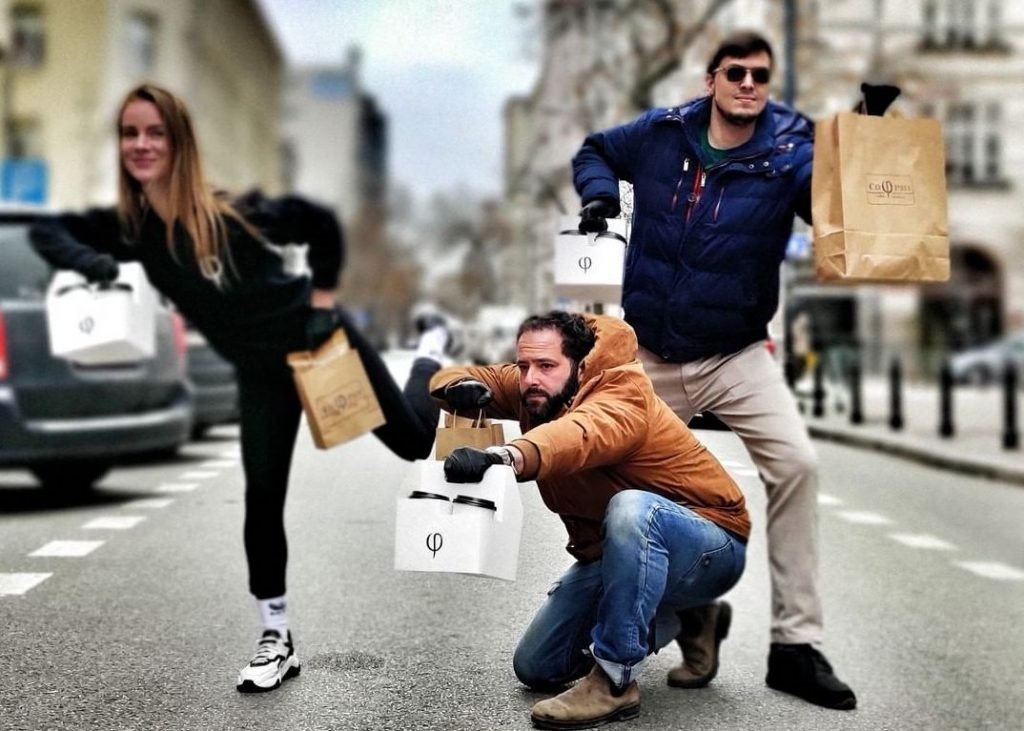 Uri and his team

Uri explains that one of the biggest challenges he faced was building credibility. At the start, it takes hard work and time to learn the pro’s and con’s of each decision, as well as the consequences. He was honest with his clients from the get go, and he told us that this was important for him because:

‘I wanted our clients to understand that they are equal partners in this dream of mine of making a neighbourhood cafe. We really started with a below entry-level setup, but I think it was very visible that with every cup of coffee, we are one step closer to improving their own user experience. This formed a micro-community around the cafe and neighbourhood – I love it.’

Over time Uri knew that this was the right place for him, and every morning he wakes up excited to work with an incredible team who gives him honest feedback and versatile ideas on everything from different coffees to sample, to new events to attend.

As someone who can be shy at times, Uri told us that having the cafe as a platform to meet and chat to new people every day is fantastic. Creating and building relationships with regular customers and clients is an important aspect of his job, as it gives Uri the opportunity to see how they are doing from the perspective of the customer. When asked what trait he thinks a barista should have, Uri said:

‘An ideal barista is someone that isn’t afraid to try things. One of the key points I took from the fantastic movie on AeroPress was when inventor Alan Adler said he produced models he knew wouldn’t work but wanted to make sure and see anyway. This is a very humble approach and a correct one. Try try try, and try again.

It is exciting times for Uri and Cophi Solutions who have recently taken on the exciting project of the Polish AeroPress Championship, and they have recently launched new vegetable-based milk which they are hoping to showcase at World of Coffee in Poland. 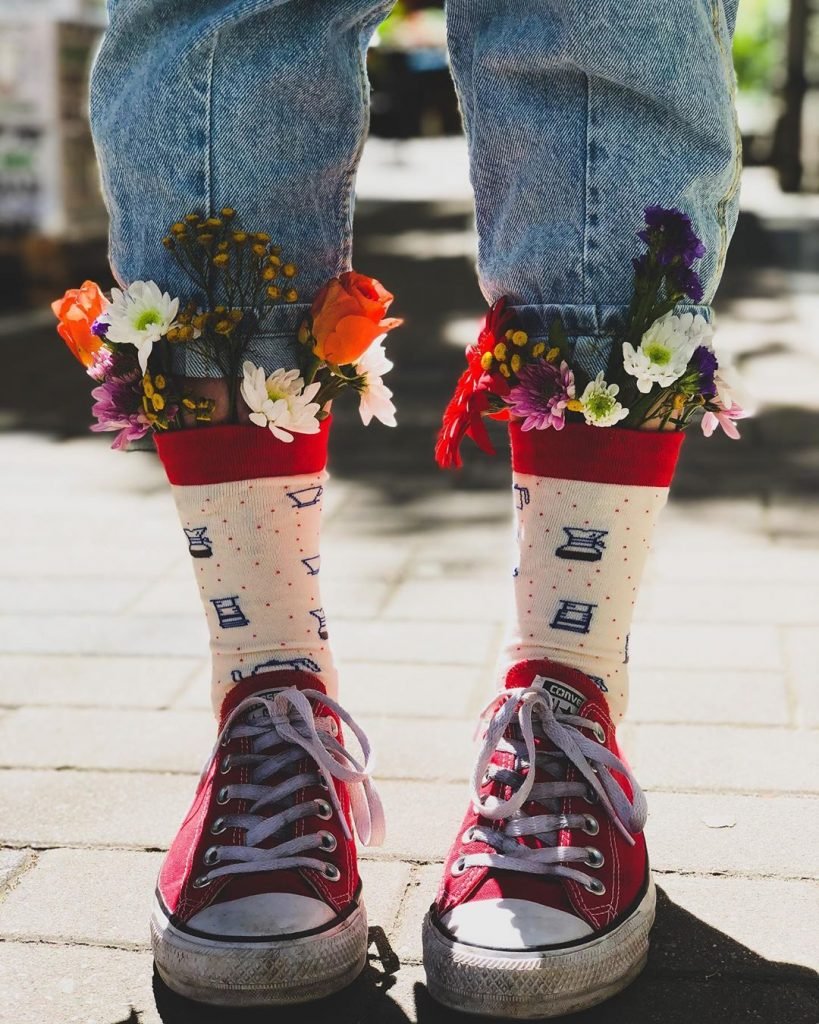 Alongside Cophi Solutions, Uri has also created the brand Cophied which offers fun merchandise for the coffee community. Part of their collection are socks which are made in local textile facilities using organic dyes, which were made with the intention of creating more jobs and helping to support local communities without leaving a footprint on the planet. They’ve also collaborated with local artists to create cool coffee themed posters.

“The world of coffee is constantly evolving, changing, moving, it’s alive. So in truth, there is never a dull moment, and there is always something new to learn, try and improve on. I love this hunt for perfection.”

When Uri isn’t experimenting with new coffee samples or preparing for an upcoming Cophied launch, he loves spending time with his daughters and doing catch and release fly-fishing in the great outdoors.

If you’re stopping by in Warsaw make sure to stop and say hello to Uri and Cophi Solutions!